Home Around the Web Chris Brown and Frank Ocean Get Into a Cat Fight
Around the Web
January 28, 2013 TheSUNK 1

Chris Brown and Frank Ocean Get Into a Cat Fight 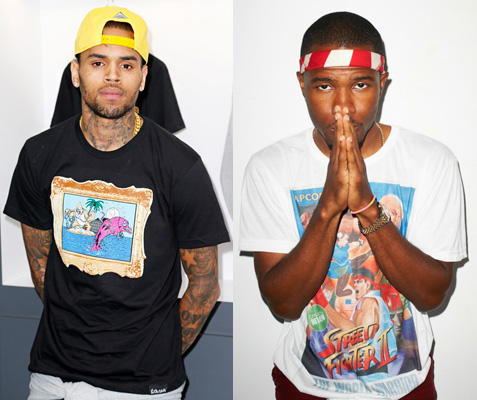 Last night, Chris Brown got into an altercation with the Grammy-nominated Frank Ocean at an LA studio. Frank took to his Twitter account saying C-Breezy tried to jump him in the parking lot. Police are calling Frank Ocean the victim, but other sources say he instigated the situation. Regardless of who started this cat fight, CB really should’ve been staying as far away from controversy as humanly possible, but it seems he’s a pundit for gossip and drama.

Some sources say that this altercation stems all the way back from July 2011,

“However, this might not be just about a parking space. The two R&B singers have history.

The beef started back in July, 2011 when the singers exchanged words on twitter. What started as Chris Brown trying to give Frank Ocean a compliment, turned into something so much more.

The exchange went as follows…”

Click here for the history of alleged pop singer beef (that phrase is funny in itself).

See Also:  Can You Really Have Sex Too Soon If You're Both Looking for a Relationship?

Are you tired of Chris Brown’s antics? Will he ever really serve some hard time for his actions? Do you think Frank instigated this fight?

UPDATE: Bossip reports, Chris Brown could be charged with a hate crime and/or assault with a deadly weapon. Read article here

tags: beef brown chris feud Fight frank ocean twitter
previous Your Relationship Is Just Not That Complicated
next Are You Cool With Your Boyfriend Frequenting the Strip Club?