Do Men Really Want Their Women With Six-Pack Abs? 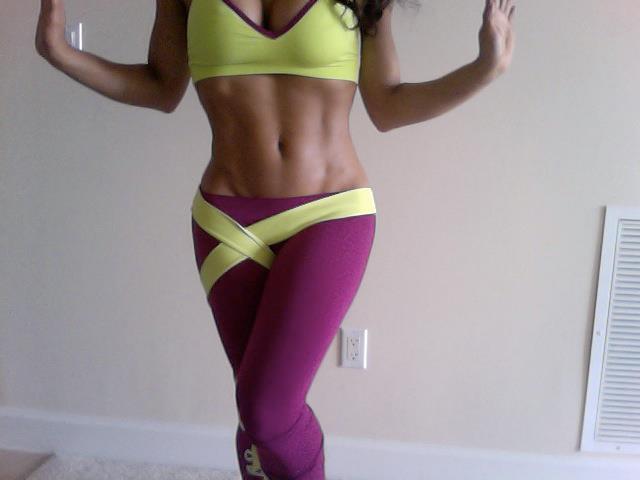 There are a few things that most people (mainly women) can rely on me for – one is an unadulterated opinion. I remember a time my friend came up to me and said, “I’ve been working out. They say, I look like Kim Kardashian.” I looked her in the face and said, “Word! If you lost twenty pounds, you’d totally look like Kimmy.” Lately, I get asked a few questions a lot about my preference for the female anatomy. Many of these questions are always deeply rooted in women who are struggling with finding a balance between trying to have the body of Rosa Acosta and appreciating their body for what it is in its current state. Couple weeks ago, my home girl hits me on G-Chat and a conversation ensued:

My Homegirl: Hey Jay, how do u feel about a girl with six pack abs?

me: Like she’s been drinking a lot of beer?

MHG: no Jason. Lol. Smh. Like she does a lot of ab exercises and has a really defined midsection.

me: I don’t know. I get asked that a lot. Before we get too far, I don’t like girls who can’t drink beer though.

me: But you could, like if everyone was drinking beer would you just not drink it. Actually never mind, forget that.

me: No, I do not like when a girl has a six pack, it looks weird. I could never date a fitness model.

MHG: Interesting, what about a 4 pack?

me: I need to look at a picture of Rosa’s stomach. A 4-pack? OK but… it’s about how much definition is involved with that 4 pack or even the 6 pack like I don’t want her to be as chiseled as a man.

me: I don’t really focus on her stomach all that much though, but she should. But it really ain’t a big deal unless she’s got serious muffin top. Or like her belly button is on the back of the milk carton.

Aesthetically speaking, I’m a completely shallow person when it comes to looks. I’m man enough to admit that. I kid to my friends that I’m most likely a lesbian moonlighting in the body of a man because I am absolute obsessed with all things beautiful, mainly beautiful women. It’s important that you guys read a writer who will come out and admit to being an aesthetic whore. Most will not, most will lie and tell you what you want to hear which is that women of all shapes, sizes, colors, hair lengths, and all that other jazz that are characteristics that differ from woman to woman are beautiful. Sorry, it’s not true. It has never been true, the truth is, I believe in my right as a male to think that someone is not attractive to me.

With all that said, the best way to describe what I like in a woman, I’d put it like this, I’d like her to be as close to perfection as reality would have. What that means is that, as I said above, I really don’t want to date a woman whose stomach is more chiseled than mine. It’s just not natural to me. I think stomachs should be flat, but choosing between 6-pack abs and a little pudge, and I’ll take the pudge everyday. This post is about 6-pack abs but I’ll just go ahead and finish off this thought. When I was eighteen, I liked perky boobs that pointed straight or slightly up, now I’m a grown man, I like boobs that are full and hang the way natural boobs that women over the age of 23 have. I like a woman with a butt that doesn’t look like a bag of money or a 2 Chainz birthday present. I appreciate something much more natural, in my personal opinion, an awkwardly shaped ass is nothing that a pair of yoga pants can’t fix. All this to say, most female body image issues are a non-motherf*cking factor for me. She can worry about that, but I’m not going to waste my time. Be healthy, be happy, and be confident and in my eyes you’re beautiful.

See Also:  What Do You Want More -- The Title or The Relationship?

I guess the point is, in pursuit of being as close to perfection as reality would have it does not include six pack abs. It may or may not include not letting “sweatpants, chilling with no makeup on” go too far in your life, but it doesn’t include 500 crunches a day and a medicine ball ab workout. I feel that if you have time to have 6-pack abs then there’s a long list of other things I’d like to see you focus on too. After all, your six pack abs may be able to wash my clothes but it for sure won’t make your mouth make an all-star team.

Fellas, do you want your ladies with a six-pack abs? Ladies, you really sweating the six-packs abs? Like, how much does it matter? I guess the real question is, will you do it for yourself or because you think that’s what men want?

tags: rosa acosta six-pack abs workouts
previous A Man Complains: We Only Communicate Through Text
next 8 Things The NFL Can Teach You About Love