Home Hot Topics Is VW’s Superbowl Commercial Racist or Not? [See For Yourself]
Hot Topics
Other Stuff We Like
January 31, 2013 Dr. J 37

Is VW’s Superbowl Commercial Racist or Not? [See For Yourself] 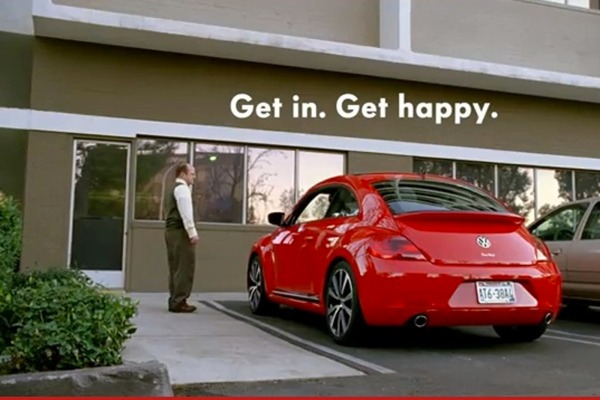 I’ve had the pleasure of having a diverse network and not a lot of shy people in that network. I’ve never been afraid of talking about race with any of my friends. Whether they are Black, white, or in-between, everyone always has something beneficial to add to the conversation. Among my friends, I’m typically the Black guy, (when I’m not saying “Damn, that’s wack), who folks come and ask uneasy questions about racism. For example, when my boy hits me up the other day to ask, “Hey Jay, do you think my Black coworkers will find it to be racist if I answer their questions about my birthday plans with, “All I want for my birthday is a big booty h**”?

I told him, I don’t think the guys will mind, but don’t say that ish to a sister.

Today, it hit the internet that Volkswagen is planning on airing a racially tense commercial on Sunday during the Super Bowl. I have to think that a lot of money went into their decision to run this commercial. I saw the commercial yesterday and this was the conversation I had with, The Guy:

The Guy: check my gchat status, that commercial will get mad love during this year’s super bowl!

me: that sh*t gonna get canned before the super bowl fam; it’s funny but you know black people are sensitive.

Therefore, I wasn’t surprised when it hit Twitter today that Black folks were up in arms about the way the video characterizes Black people, specifically, Caribbean people. I’m still very much on the fence about whether I think the video is racist or not. I think that while it’s racially motivated, I don’t find it to be insensitive or hateful. My policy is that if a joke comes from a good place, then it should be no foul. Moreover, if you find this offensive but think that Django is just fine and should be seen as comedy and nothing more, you can’t be trusted.

Take a look for yourself and let me know your thoughts.

tags: CBS commercial super bowl 2013 volkswagen VW
previous Three Months After Sandy: A Father Struggles to Provide for his Daughters
next Do You Keep Track of Everyone You’ve Slept With?