Home Featured Should You Ever Delete Facebook for Your Relationship?
Featured
February 4, 2013 WisdomIsMisery 52 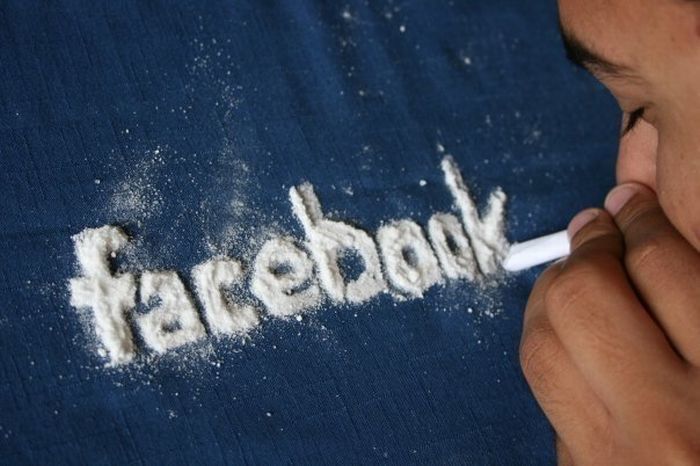 Last week, a number of people were debating if they would ever delete Twitter for their significant other. Some people, including yours truly, didn’t think it was that big of an issue. Others vowed passionately that they would never delete their Twitter for anyone, for any reason. Their main point of contention was that anyone that would ask you to delete your Twitter/Facebook or any other social media site of choice is insecure, not worthy of companionship, and therefore, their request should not be entertained. Apparently, there is no justifiable reason for an adult to ask another adult to delete his or her Twitter/Facebook. I find this line of thinking interesting for a variety of reasons, but I’ll only cover three today.

Only an insecure person would make you give up Twitter/Facebook

Given this line of reasoning, it’s equally possible that only an insecure person would need to stay on Twitter/Facebook. Interestingly enough, this was the most common argument and I will admit that it is a very real possibility that an insecure person would make you delete a social media website you enjoy. What is interesting is the fact that people are quick to point out their significant other’s insecurity as the only justifiable reason behind someone asking them to leave a social media website without applying the same level of justification to themselves for needing to be on the website in the first place. After all, just because someone prioritizes something – in this case your relationship – over the use of a social media website does not inherently makes him or her insecure. You may be amazed to find out that not everyone is on *insert your favorite social media website here* and not everyone thinks your *insert your favorite social media website here* is particularly important to daily life or existence.  Before generalizing someone as insecure, I think it’s important to have a conversation about why they want you delete your profile before universally declaring you’ll “never” delete it and any reason they come up with, no matter how sound, is merely thinly veiled insecurity.

See Also:  Is Being Self-Employed a Red Flag for Dating?

Believe it or not, we said the same thing about AOL IM and MySpace a few short years ago. When is the last time you logged into one of those websites? We have short-term memories, coupled with selective amnesia and a habit of dramatizing the present. I wish this went without saying but social media websites are not like food, air, and water. You might have an addiction to them but you don’t need them. You lived without them before they arrived, and you won’t die whenever they depart. This is evidenced by the literally billions of people around the world who function without ever logging into a single social media website in their entire lives.

Anyone who follows me on Twitter knows I’m as big a Twitter addict as anyone, but I can safely say that I don’t need Twitter. In fact, I’ve taken several purposeful sabbaticals from Twitter, because like most things, not taken in proper moderation you will overdose on Tweets. It’s not that I don’t like Twitter. I like it a lot, but my life is not significantly better or worse with or without the service. I’m not the type to make an overarching generalization like “if you have time to Tweet you’re not having fun,” but the fact of the matter is if you’re busy having as much fun as you claim you’re having and want us to believe, then you usually aren’t Tweeting #atthesamedamntime. If it was really that awesome, just post the photographic evidence to Instagram later so we can all secretly hate you behind the comfort of our computer screens at our own convenience. Besides, a picture is worth a thousand words and Tweets only hold 140 characters. This is only practical.

See Also:  Throwing in the Towel

The point is the majority of people on Facebook and Twitter – and most any other social media website not dedicated to a professional service, such as LinkedIn – are using the website for, as the name implies, social services. There are very few “power users” on Facebook and Twitter – people whose only justification for maintaining an active account is to share their professional message. While many casually use Twitter to promote their professional message or network, even these people primarily use these websites for entertainment. There’s nothing wrong with that but I’m not sure it’s worth losing your (I’m assuming otherwise good) relationship over.

Is a social media website more important than your relationship?

The reason I placed Facebook in the header is because in my opinion it makes more sense for someone to debate deleting Facebook over Twitter (and most other social media websites). On Facebook – a website that I’m not on – it is my understanding there is at least some semblance of a relationship between yourself and most of the people you follow and/or who follow you. In other words, your network primarily consists of friends, family, colleagues and so forth. Broadly speaking, these are people you “know” in real life – how well you know them is not important today.

See Also:  Recapping Single Sam: A Few Random Thoughts I Had Along The Way

Conversely, Twitter – and most other social media websites – consists of strangers following other strangers. For example, as of the date of this posting, I had 3,014 followers on Twitter. I follow approximately 484 people. I “know” maybe 10 of these people in real life. I’ve met maybe 5 (I’m assuming the other half aren’t pulling a Catfish, but who really knows or cares at this point). Like most others on Twitter, my network predominately consists of strangers. This isn’t unique by any means. As far as social media websites go, Facebook is actually the outlier. Ironically, most “social” media websites consists of strangers networking on-line around common subjects of interest. For most websites, there is not an obligation, or even an expectation, that you will ever meet or know these people in real life. Therefore, when people say they would “never” give up Twitter or *insert random website of choice here* this loosely translates to, “I prioritize entertaining and following strangers I don’t know over the woman/man in my life that I do know.”

tags: facebook Relationships twitter
previous 8 Things The NFL Can Teach You About Love
next Are You Cool With Your Boyfriend Frequenting the Strip Club?