Home Hot Topics Tip Drill: 5 Lessons In Tipping From A Fired Applebees Waitress And A Cheap Pastor
Hot Topics
Other Stuff We Like
February 6, 2013 Jeff J. 33

Tip Drill: 5 Lessons In Tipping From A Fired Applebees Waitress And A Cheap Pastor

Last week, I read a funny-but-real story about the plight of the American waitress. The waitress in this story was doing her normal (I’m sure excellent) job serving a group at Applebees. One of these patrons happened to be Pastor Alois Bell. Their meal was completed and it was time to pay. At this Applebees (sidebar: T.G.I. Fridays >> but that’s for another discussion), as with many establishments, an 18% tip was included in the bill. The Pastor, who obviously looks to scripture in every situation, proceeded to cross out the 18%, put a ZERO, and then leave this Jesus gem on the receipt: 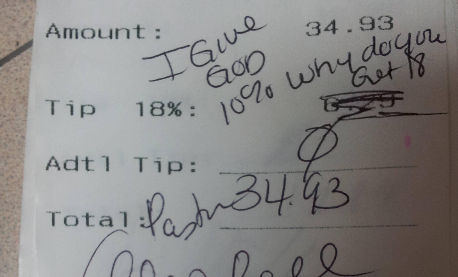 Chelsea Welsh, a waitress who works there (and wasn’t serving the Pastor), decided to post the receipt on Reddit for sh*ts and giggles, and the story went SUPER viral! It got back to the Pastor and Welsh was fired! I found the entire story hilarious, but that got me and my friends to visit the subject of tipping in restaurants. I have my own thoughts based on this fiasco and tipping in general. Walk with me:

The Pastor Was Cheap As Hell

I’m as religious as the next person, but using God as an excuse for not showing common restaurant etiquette is tasteless. There is scripture that says you give 10% to the Lord, but isn’t there also scriptures about being honorable, respecting your fellow man, etc? In fact, in that same broad reference to the 10%, don’t they mention a little line about “giving to Caesar what is Caesar’s?” No, I’m not referencing a lost episode of Spartacus, I’m using that to highlight how the Bible can be used to offer both point and counterpoint. We pay our taxes and our fair share, and etiquette wise, that fair share extends to waitresses and other servers in restaurants.

See Also:  The Five Unofficial Rules of Filling Out Your NCAA Bracket

The Waitress Should Have Been Fired

I agree that it was funny to put the receipt on the Internet. Lord knows I’ve put up my fair share of slanderous material. However, you have to think twice and act once before placing these types of items online. Receipts do contain personal identifiable information (PII), which can be used in credit card scams. At least block out the name and last four of the credit card number to eliminate that possibility. You see this often when individuals post pictures of cars with the license plate number on full display. Unless that person is running insurance scams, that’s a PII violation as well! I would’ve also posted it under an anonymous name. I wonder if someone snitched on her? Anyway, putting up that type of information from your job carries those consequences and if you take that risk, you do have to be man/woman enough to accept the fate. The pastor getting her fired was foul, but I can’t fault Applebees for their P.R. move. 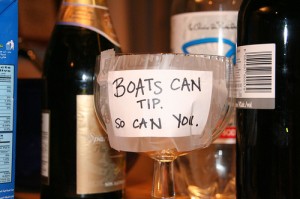 One of these days, I’m going to write a collection of short stories about the horrors of eating at any establishment with a group of people. Especially when there’s one check between 10 or more people. One of these situations is most likely to occur:

See Also:  Kerry Washington Was Robbed! Umm, No She Wasn't...

When you dine in large numbers, you get a clash in personalities and values. You’ll get people who feel 18% for a tip is cool. You’ll get some who never tip. You’ll get others who are indifferent. This will directly reflect in how people pay when the bill arrives. It creates an unnecessary headache for those who tip because you don’t want to shade the servers, yet you don’t want to carry the balance of the bill. I know some of you will retort “don’t go out to eat with shady people,” but this can occur even with friends you think would have more sense. 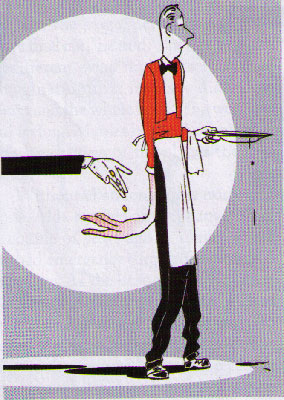 Is it Ever Acceptable To Not Tip?

I waver on this from time to time. I’ve wanted to tip a waiter/waitress less than what is “acceptable” to reflect what I felt was subpar service. I usually follow tipping guidelines as shown HERE.  I remember not wanting to tip a waitress and watched as she ran up on another customer asking about her service because she got a shitty tip (pause). I think that’s why most places just add the gratuity now. Should there ever be a time when you don’t tip?

I think you should tip in 99.9% of all circumstances. The 0.01%  where you don’t tip should only happen if you have beyond horrible service. The type of service that makes you go on Facebook and write a 4 page status. This is rare and I wouldn’t expect that restaurant to get paid for the meal, let alone tipping a waiter! If you get OK service, leave an OK tip within accepted parameters. Which brings me to my next point:

If You Can’t Afford To be Gratuitous, Stay Your Ass at Home

The last thing we need is for your cheap restaurant etiquette to embarass us in public. Tipping is a part of American culture (I know it’s different elsewhere). If you can’t conform then hit up McDonalds or Chipotle. Unless you were born into money, a lot of parents and grandparents out there were servants in one way or another. Those are tough jobs, and people deal with some real BS in their day. If they can provide good service and make your dining experience better, why not tip and show your love in the gratuity slot on that receipt?

These are some of my thoughts on the issue. We took the discussion to Twitter and asked “Is there ever a time when you shouldn’t tip at a restaurant?” Here are some responses:

Interesting Stuff. Can’t wait to see what you all think!

When is there ever a time when you shouldn’t tip? Have you dealt with some of the issues above? What’s acceptable gratuity to you?

tags: Applebees lessons learned pastor receipt tip Waitress
previous Five Things the Super Bowl Commercials Told You About the Actual Game
next Everything Is Not Ok in Black America, But What's Next?