Understanding How HIV Affects Us All 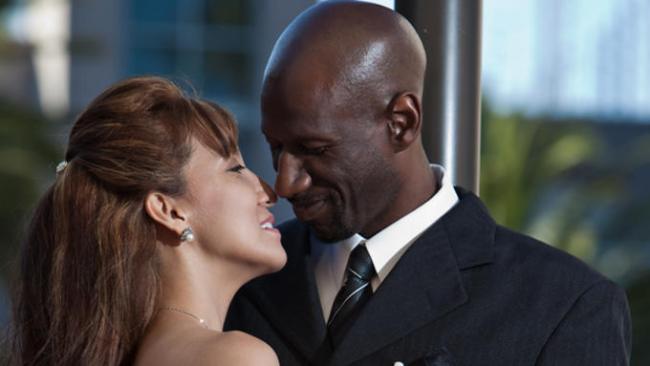 Admin Note: Today is National Black HIV/AIDS Awareness Day. We’ve got a guest post to remind you of the importance of this topic. We challenge you to help us get the word out. It could happen to anybody. It could also be prevented.

1998. I was 13. The phone rang. The call came from the Dominican Republic (DR). I addressed my aunt with the traditional greeting, asking for her blessing. She abruptly brushed me off, asking to speak to my mother. Something was off. The only time DR called was when something was wrong.

She greeted her baby sister with the warmness and guilt of the older sister who neglected her poverty-stricken family. My mother wasn’t a bad sister; simply had a lot on her plate. Between her career, her husband, four kids, her relatives living in NYC and a ton of debt – her daily life was consumed. She listened carefully, trying to grasp what was being communicated on the other side of the phone.

Her face revealed answers to my unspoken thoughts. Shortly after, she hung up and walked away.

Several hours later, as we were all watching TV in the living room, she sat down and said, “Your Aunt Rosa has AIDS. She was given four months to live.” I thought, “Wait, what?” but “How?” was all I could manage. My Aunt Rosa was married and didn’t do drugs. She had two beautiful children and a loving husband – or so I thought. My mother continued, “Her husband. He has been HIV+ for awhile. He got it from some woman and has been giving it to everyone he sleeps with thereafter.” WTF?! Needless to say this came as a shock to the entire family.

See Also:  Concession Stand: A Discussion On The Compromises Men Make In Relationships

With medication, my aunt’s health stabilized. Shortly after receiving her diagnosis, he disappeared and wasn’t seen until much later. As time passed, she started getting better. She started gaining weight, had more energy and after a year had passed, she was doing okay. Two years passed and she was still holding strong. She met a man, started dating him and became pregnant with his child. (I’m unsure if she disclosed her status to him; I never asked.) Unfortunately, she lost the baby and shortly after she began to deteriorate.

It had been four years since she was given four months to live; she had held on tight and fought. During the summer of 2002, I went to DR with my mother to spend time with my family. A few days prior to our departure, her husband had passed away. We knew it would happen, we just didn’t know when.

The day before we left, we spent the afternoon with Aunt Rosa.  My beautiful aunt, who typically weighed 135 lbs, weighed no more than 65 lbs. She had lesions all over. She looked like a corpse. The disease had destroyed my aunt slowly, leaving no part of her untarnished. I held her tight and knew this would be the last time I would see her.  We flew back to NYC, with an unsettling feeling.

The following day my aunt passed away. The epidemic that had killed millions had taken the life of someone I loved.

While in college several years later, I got a call from my cousin in the Dominican Republic. I suspected something might be wrong. My favorite cousin called to inform us he was HIV+. He explained, “I’m not sure if it was at the barbershop with a shared razor blade or a woman I slept with in the last few years.”  I was reliving a nightmare all over again. The only difference was that he was diagnosed earlier than my aunt and has been able to get treatment, enabling him to live longer than my aunt. Since being diagnosed in 2005, he has been hospitalized numerous times — all medical complications due to the illness.

Saying that the loss of my aunt to AIDS and having a cousin living with HIV has caused some emotional/psychological trauma would be putting it lightly. Now, my initial reaction when meeting a potential suitor is, “He probably has AIDS.” I approach all men with this mentality. Is it sad? You f*cking bet. Is it a harsh reality? F*ck yes.

Every 9.5 minutes someone is infected with HIV. 1 in 5 people living with HIV is unaware of their infection. The majority of new HIV infection cases are made up of Latinos and Blacks. As a Latina, (who proudly dates Black and Latino men), this is definitely a RED FLAG. As someone who works in supportive housing with the mentally ill and individuals living with HIV/AIDS, I can attest that these stats continue to grow. The swapping of needles, prostitution, and sexual relationships between those infected with those that are not infected are just some of the factors contributing to the rise of these statistics.

I share this story because we live in a world where people still do not fully understand the severity of this disease. You never understand the severity of this epidemic until it directly affects you. I sure did not. Then, I lost my aunt.  Eventually, I will lose my cousin to it as well. HIV/AIDS is real and does not discriminate. It is a vicious illness that affects everyone, but when diagnosed early on, a person can live a long life with the proper care and medication.

Get tested. Know your status. Be cautious. Most importantly, always protect yourself.