How History Informs My View on Dating White Women

“Jim Crow laws also soon appeared, starting with the railroads. The Saluda newspaper felt they were an urgent necessity. “Give the negro justice, but for decency’s sake protect delicately constituted white ladies from contamination by being thrown in company with an inferior race,” it said. “Keep the air of our palace cars … from being polluted by the odor africanus– an element inseparable from the negro’s presence.” 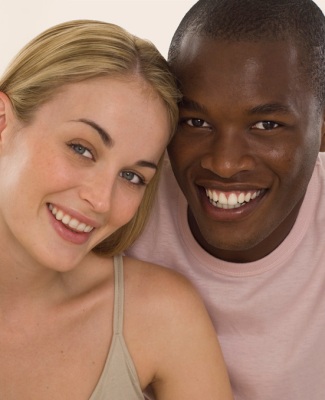 People find it surprising when I tell them I’ve never dated a white woman. And besides that one road trip, I’ve never seen a white woman naked. But we all know that if it doesn’t happen in the state you live in then it doesn’t count. When I break it down to them, they start to get a clearer picture into how this came to be. Allow me to set the backdrop.

I grew up in a predominantly black inner city neighborhood. My high school was approximately 95% African-American. I attended a HBCU for my undergraduate as well as my graduate training so its safe to say that it’s not as if I’ve been exposed to even a bushel of Anglo-Saxon women. That being said, getting on an elevator at work and watching a woman clutch her purse tighter, even though I have an ID badge that clearly says Dr. Tunde A___________, bothers me. I don’t have experience working with other races this closely.

Even if I were interested in white women, my conscience wouldn’t allow me to pursue one. As I’ve mentioned before, I’m a fan of history, all history but mainly African/African-American history so allow me to give you a history lesson.

The quote at the beginning of this post is taken from a county newspaper in South Carolina in the mid 1890s. The use of violence to end Reconstruction in the South, and the eventual implementation of Jim Crow in its place, was the result of two needs of Whites during that era.

In regards to the second reason, white men viewed black men as sex crazed beasts that were incapable of controlling their sexual urges. Never mind the fact that the number of black men who raped white women during slavery (probably close to zero) paled in comparison to the number of white men who raped black women slaves. Delicate white women had to be saved from black savages; because you know, God-forbid mixed children be born out of that union.

Imagine the fear of white fathers during the modern Civil Rights era that had to imagine their white daughters sitting in class next to black boys. I imagine that if public schools were integrated with only Black girls and not boys the opposition might not have been so great. There would have still been opposition. Embracing an ideal of racism and domination doesn’t readily allow one to distinguish between a subset (man or woman) of a group you feel superior to.

See Also:  Why Being Fiscally Responsible Is Sexy

Knowing what I know about how black men were viewed, especially when it came to white woman, I can take two courses of action when it comes to them: choose to spit in the face of age-old fears and contempt from white men at the thought of black men with white women, or realize that despite everything we’ve been through I still prefer Black women to all others.

I’m going with the latter.

previous The Pressure of St. Valentine's Day
next A Letter to Emotionally Unavailable Men