It Doesn’t Pay to Be Single 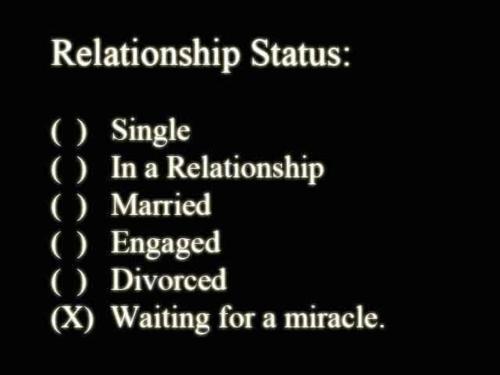 Last month, “The Atlantic” released an interesting piece called The High Price of Being Single in America. Since that title might not thoroughly traumatize you as much as it should, I’ll share a quote from the article, “Over a lifetime, unmarried women can pay as much as a million dollars more than their married counterparts for healthcare, taxes, and more.” Although the study originally focused on the effect current laws have on same-sex marriages, it also explored the affects America’s policies have on single men and women. As it turns out, these policies are financially devastating. An excerpt from the article:

One reason these policies exist is to encourage people to get married, because being married was—and still is—considered a social good. Some have suggested that marriage makes people healthier and happier, but critics such as Dr. Bella DePaulo have pointed out that most studies show that, in the long term, there is little to no difference between married and single people in terms of health, happiness, or personal responsibility. Additionally, these studies are often poorly designed, consider data sets that are not representative of the general population, or fail to consider alternative hypotheses—for example, people who are already happy might be more likely to become married, or happiness might come from having close interpersonal relationships, which may or may not include a spouse. Whatever the truth might be about marriage’s effects, we the authors would like to redraw the lines of discussion and argue that policy-makers need to reject policies that take into consideration an individual’s marital status, because such policies are discriminatory.

In total, the authors reviewed the cost of living differences in areas including income taxes, investments, social security, and health care spending. I won’t cover all of those details, because you can read the article yourself; however, while proclaiming that even though they used the most conservative of estimates, the researches still came to the following conclusions:

In each category, the singles paid or lost more than the marrieds. The single woman earning $40,000 paid less than her counterpart earning $80,000, simply because she had less money to start with.

When we calculated how much money our characters gained or lost altogether, our single women did indeed fare worse—much worse—than the married women. Their lifetime cost of being single?

We anticipate that critics will point out that the numbers could be manipulated in any number of ways. At every stage in the process we, too, thought “these sums are just too crazy; surely we must have miscalculated or reasoned wrong.” We have, however, made only the most conservative of estimates and still reached the conclusion that, no matter which way you read the numbers, the final assessment remains the same: Singles get screwed.

The piece focuses on the effects a single versus married life style has on a woman, but I imagine the effects would be similar, but likely not as devastating for a man (statistically speaking, men still make more income per dollar earned in most cities). I guess you can look at this one of two ways: America’s financial policies reward those who choose marriage over a single lifestyle or it punishes those who choose a single lifestyle over marriage. If you’re progressive minded, you might also consider these policies inherently unfair to those who choose a non-traditional lifestyle, since same-sex marriages are currently only recognized at the state level, versus the federal.

See Also:  The Club Mentality: Wife ... from the club ... NOT HAPPENING

Do you think the government should continue to tailor policies that only reward married couples? Do such practices discriminate against single people or people who choose alternative lifestyles? Have such financial considerations ever directly influenced your decision to marry or remain single?