Why Do Men Love Women In Yoga Pants? 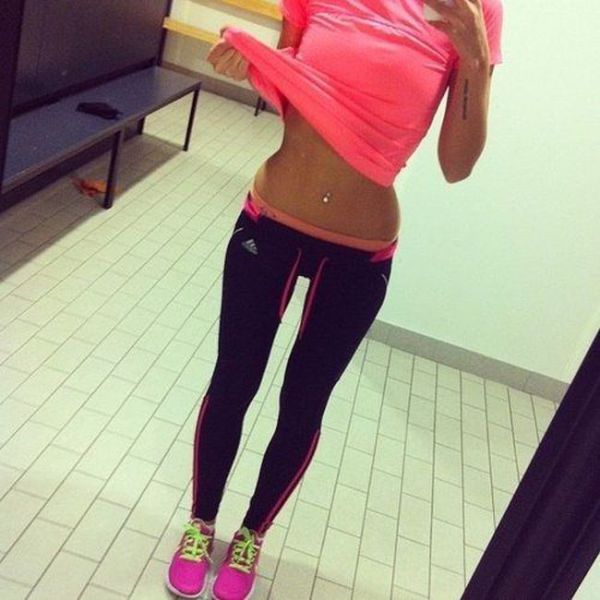 Initially I thought this was the dumbest question I had heard in a long time. I’m sitting here watching an episode of Two Broke Girls and I comment, “Caroline stay in those yoga pants! Really love it!” I get asked, “What is it with guys and women in yoga pants?” I thought I’d take a minute and talk about it for a second.

First, let me get the bad part out of the way. There are some people who should never, like never ever, wear yoga pants… like anywhere where someone might see them. Those people know who they are, if you’re reading, I know you think I’m an asshole. (Your friends are the real assholes for not telling you this before me.) Let’s just say, it’s some people out there who I know haven’t done yoga a day in their lives.

Why do I love yoga pants?

I’ll tell you what is not a reason why I love them; they’re comfortable or easy to put on and go quickly. That’s like never been a reason why I like any form of fashion. Remember, I’m a sworn enemy of maxi-dresses with a few exceptions. There are a bunch of women who will tell you that they like wearing them because of comfort and also that you can pretty much pair them with anything, that’s all well and good. I also think that contributes to the point I made above about people wearing them that shouldn’t be wearing them.

I mostly love them because men are aesthetic whores. (Yes, this is the second time in recent posts that I’ve come back to this term of a Man Wh*re) Men are moved visually to pleasing images. That’s why we love Tumblr, Instagram and the adult film business. Like any aesthetic whore, we like to see women in their most pure form and compare them to perfection. Although yoga pants do provide some contouring to a woman’s shape and body, that has nothing to do with anything for us. We ignore that when she takes those yoga pants off she may or may not still have the best legs we’ve seen all month.

I said before that a group of men will follow a fat ass all the way around the mall and not buy a thing. When a man is walking down the street and sees women in some yoga pants, his interest is piqued. He wants to look away, but provided his old lady isn’t there, he’s looking.

Then it’s a matter of what he sees.

He sees every curve, nook, and cranny of whatever those pants are covering. I don’t care if you’re slim, curvy, tall, short, bubble butt, teardrop butt, or got the gap in the middle like there’s too much space between your legs… the dude can see it.

Shoutout to them yoga pants… on Instagram straight flexing!

The other thing I love about yoga pants is that there is no clear distinction between yoga pants, leggings, and tights. Now, wait… many women will tell you an “official” definition for each, but trust me, ask a different room of women the same question and you’ll get different answers. Because there is so much disparity in the answers that one gets on the topic of the difference.

The three interesting things happen are

I guess above all else, men tend to like women in yoga pants because it’s like you get to see it all but you don’t get to see it all. It’s the closest thing you get to see a woman naked. I think in the past, men would try and peek a look from a woman walking by in a short skirt or a top that was a little too low, yoga pants takeaway the need to be sly. It’s right there in front of you. If I was a woman, I wouldn’t really mind the way men react to yoga pants, I would use it to my advantage. But deep down like in places that women don’t like to admit because they don’t want to make it seem like they actually objectify themselves sometimes… I think they already use it to their advantage.

tags: leggings real men thoughts tights yoga pants
previous Malcolm X Eulogy By Ossie Davis: Our Own Black Shining Prince
next Examining The Onion's Tweet, Quvenzhane Wallis, and Comedic Tact - How Do You Know When Your Joke Has Gone Too Far?