Home Entertainment Examining The Onion’s Tweet, Quvenzhane Wallis, and Comedic Tact – How Do You Know When Your Joke Has Gone Too Far?
Entertainment
Hot Topics
Other Stuff We Like
February 25, 2013 Dr. J 28

Examining The Onion’s Tweet, Quvenzhane Wallis, and Comedic Tact – How Do You Know When Your Joke Has Gone Too Far? 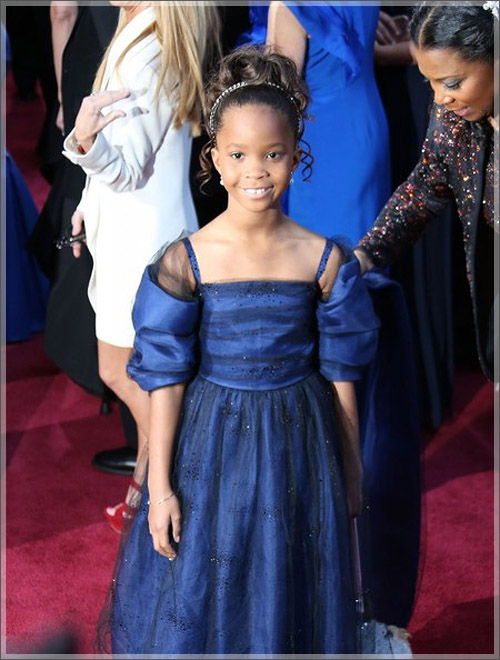 Pretty rough day for The Onion. I don’t want to give the story too much more play because I think it was actually a publicity stunt that they knew would incite this reaction and drive a ton of traffic their way. I’ve always said, the best way to treat situations like these is to completely ignore them. If nobody retweeted The Onion’s stupid ass tweet or started talking about it at the rate of a reality TV viewing party on Twitter, we would have never heard anything about this story and it would have just went away.

That said, I can’t pronounce that girl’s name or tell you what she does. I do know one thing, you can’t just be calling little girls names like that. As a man, I only took offense to it because if someone had said that about my daughter, I’d punch them in the face. It’s not because she’s Black, it’s not because of the word that was used, it’s solely and only because it was because she’s a child. And the proper punishment should be a punch in the mouth – nobody was oppressed, nobody lost any money, that’s it. In fact, (and again, I don’t know how to pronounce that girl’s name, that’s important), Quvenzhané Wallis just gained more exposure than she’s ever had in her life in 24 hours.

Also, in a few years when this girl is a star, nobody will remember this even happened.

Lastly, when are people going to learn that when you make jokes about Black girls they EXPLODE into stardom! (See: Gabrielle Douglass)

I started thinking about comedy, jokes and what the actual line is associated with comedy. We’ve all seen comedians’ careers completely end because of a bad joke. Tracy Morgan’s soon-to-be gay son comments, Michael Richards joking about stringing negros up on trees, or the infamous “nappyheaded hoes” fiasco. I began to wonder, how do you know that the joke has gone too far?

Not too long ago I was watching a documentary on Patrice O’Neal and they brought up the time when he went to bat for a fellow comedian who had recently made some jokes about rape. They were talking about how in addition to being funny; Patrice was actually very smart and intelligent.

This is the background: Radio shock jocks Opie and Anthony were recently suspended from XM Satellite Radio “when they broadcast May 9 the rantings of a character they call Homeless Charlie, who fantasized about having violent sex with Laura Bush, Condoleezza Rice and Queen Elizabeth II.”

This is what happened: On Monday, “stand-up comic” Patrice O’Neal appeared as a guest on John Gibson’s Fox News show, The Big Story, and defended Opie and Anthony. He said they were just “trying to be funny.”

This is an excerpt from the conversation:

GIBSON: How can you — Patrice so here is my question — how can you justify a bad joke, a joke that isn’t funny — wait a minute, that isn’t funny, doesn’t get any laughs, and is about raping the first black woman to ever become the secretary of state of the United States?

O’NEAL: Don’t throw that at me.

GIBSON: Well why not?

O’NEAL: The attempt is what I’m trying to fight for. The joke may or may — funny jokes and unfunny jokes come out of the same birth. You don’t know if anything is going to be funny. You should attempt to be able to make anything funny.

GIBSON: Don’t you think a joke about rape is doomed to be not funny?

OSSORIO: No, no. He said a violent act of hitting her in the back of her head, her body freezes up, which will then –

OSSORIO: Which will then –

O’NEAL: Why are you laughing? She’s outraged. It’s called the donkey punch, its called humor that she has no clue what it is.

GIBSON: We have the same problem that Opie and Anthony does. You can’t say just anything on the air.

O’NEAL: You can say anything you want. It might not be funny, you might get in trouble for it, but you should be able to be attempting — and plus, when is a crazy bum going to get an opportunity to rape the president’s wife John? It was trying to be funny.

And then after I watched that clip, which you can watch right here, I concluded – Patrice was actually right. While it’s troubling that Patrice O’Neal was able to defend a joke about rape, he was spot on about a few things:

See Also:  The Twitter Effect: The pros and cons of social media

I guess I kind of walked away from the experience and the thought process thinking that Patrice was right but that you’ll never know where the line is until you cross it. I typically give people a pass when I know they’re only trying to make a joke. It wasn’t meant to be hurtful, but I hold out chance that someone may get hurt. When i’m hurt I always make sure to note the person’s intentions to determine my reaction and actions.

To end on a lighter note, I used to love Bad Girls Club that show was so dope. I think there was this episode where two of the girls got in a fight because someone got called a “Black b*tch” by a white lady. When they panned to her private interview she exclaimed, “What’s wrong with that? She’s Black and she’s a bitch!” I died laughing because she was right but it wasn’t going to fly. You can call a Black woman, “black” and you can call one a “bitch” (not really, but I’m saying if you were a woman) but if you ever put them together it’s fighting words. That’s how jokes are. It’s a confusing matrix and mixture of rules and guidelines to making jokes. It’s completely confusing. You have two choices, don’t make jokes or accept that at some point you’re going to offend some people.

What are your thoughts on The Onion’s tweet about Quvenzhane? We all know it was across the line, but do you think The Onion was trying to be satirical or tell a joke that failed miserably? How do comedians tow the line of funny and not funny? Appropriate and Inappropriate? Is it wrong to attack them when their jokes fail? Place your thoughts in the comment section.