Is It Harder To Date Women In Their Late 20s And Early 30s? 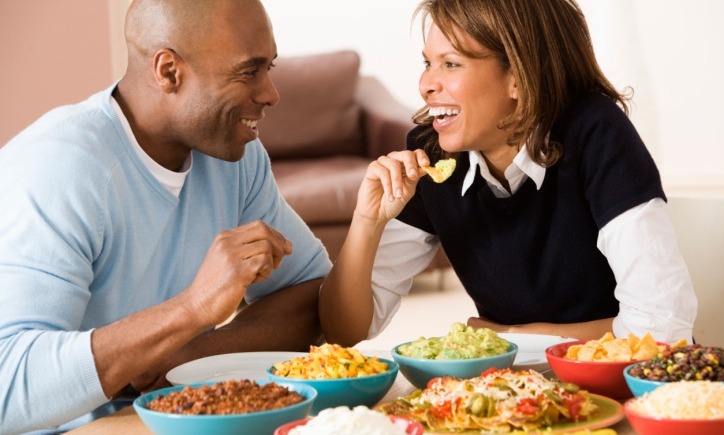 At times, women begin to fear that as they get older men will become less attracted to them and favor their younger counterparts. As a man who has dated younger and older, I’ve noticed some differences but I couldn’t conclusively tell you that one way or the other always holds to be better or easier. I do believe that with experience comes wisdom, but also with experience can come baggage. In my latest piece on MadameNoire, I write a piece on the pros/cons associated with dating a woman in her late twenties and early thirties.

Straight From His Mouth: Is It Harder To Date Women In Their Late 20s And Early 30s?

I’ve always had a theory that at a certain point in everyone’s life they stop developing and they start coping. Without a serious life altering event, it’s unlikely that most people will truly change after their mid-twenties. They may adapt, but they won’t really change. I’ll give you an example: after a woman is about 30 and she realizes that she has trust issues she typically reacts a certain way. She will either resolve that she has trust issues and project that onto the people she dates, expecting them to deal with it, or she will choose to suppress her trust issues because she has found that it negatively affects her dating life. As you can see, she either doesn’t take any action at all, or she adapts to get the desired result. However, those trust issues are still very present within.

I was asked one time if it gets harder to date as you got older and I responded, “Yes, for men it is. For women, it’s still a little unclear to me.” I don’t believe in generalizations but if I was forced to answer that question, I’d say that the nature of dating and relationships is cumulative and progressive and for that reason it makes it harder for women as they get older.

As a man, by the time I’ve reached my late 20s I’ve had a significant amount of experience dating. I explained to a group of women at a recent panel that at this point in my life when I make a mistake or do something wrong in a relationship, I’m fully aware of those actions. I’ve been in the dating world since adolescence, lying, cheating or being too distant aren’t ignorant mistakes a man makes – he’s very cognizant of his errors. Most men are also logical lovers; we believe that somehow we can control our emotions and feelings. We believe that if we adjust this or that, it will in turn adjust the outcome. This prevents most men from having a perspective that things will never change.

Well, in my experience from dealing with women as they near their late 20s, their experiences start to get the best of them. I think of the people with the most optimistic outlook on dating and relationships and I notice that they are typically younger. (I’m assuming these women are single. Married women who are nearing 30 or in their early 30s may not have been in the dating world for some time at this point.) As women get older, and because the majority of women are emotional lovers, they begin to inherently have baggage. Whether they’d like to admit it or not, they are carrying the cumulative transcript of their dating lives. Every time they’ve worn their heart on their sleeve too early on and had it crushed, they learn to not give too much and wait for a man to commit before them. Every time they’ve been cheated on, they’ve learned to be very careful to not give trust but let it be earned. Several examples could be given here, but I believe you get the picture. If women love emotionally, when their emotions get damaged, they can’t help but be affected.

I should say, this isn’t a bad thing. People should let past experiences guide their actions, but they just shouldn’t be held captive by them. Consequently, I think it’s harder, but I don’t know if I would say worse, to date women as they get older. I’ll explain.

I would tell any other man, by the time a woman reaches the age of 27-28, her brain has completely developed and will not be developing anymore. That’s a biological fact. That doesn’t mean she won’t emotionally or socially grow, but her brain is done. The chances are she’s going to be the way she is at that point forever unless she has a life-altering event. Life-altering events are rare in nature and don’t happen often or to everyone. The woman you’re trying to date is likely very aware of her faults and if she isn’t, will never be aware of her faults.

You can read the rest of the post here.

What are your thoughts? Do you think that it becomes easier to date women as they get older and mature? Or, do you think that it’s easier to date a woman who in younger because she has not had the experiences, trials and tribulations of dating for a past decade? Ladies, do you notice a difference in yourself over the years? Are you also capable of being honest about who you are today as who you were then? I know it’s easy to look back and say, i’m better now than i’ve ever been. It’s harder to say, “You know what, I have picked up some bad habits along the way that I wish I never did.”

tags: dating older dating younger MadameNoire questions answered
previous Male Birth Control: Coming Soon But Will Men and Women Use It?
next Do Guys Care If You've Slept with Their Friend?