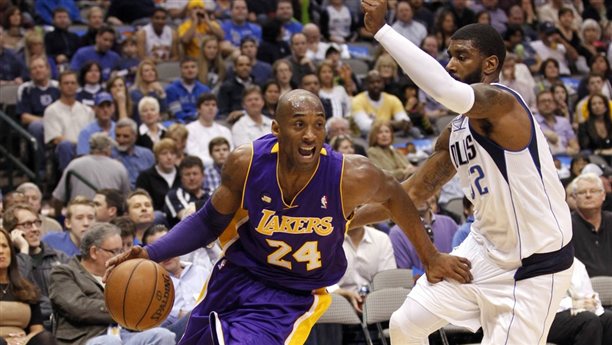 As the Los Angeles Lakers battle back to .500 (um…) respectability the playoff race, they started off by beating the Dallas Mavericks on Sunday in a game that felt like a tense Game 7. In coming out ahead, I lost myself in the action, thoroughly enjoying the back-and-forth between two seemingly evenly matched teams.

Afterwards, I took some time to relive what I had just seen.and I realized that this tells you everything you need to know about the Lakers. Here’s what I saw:

I rib Kobe fans a lot, mostly because it’s fun. Kobe undoubtedly was the best player in the world, but he isn’t anymore. Many of his fans don’t want to admit this, and will defend his place among today’s players and the all-time greats with a hilarious tremendous amount of vigor.

That said, Sunday’s performance was Kobe at his Hero Ball best.

30-footers? Sure. Assists? Led the team with seven. Gargoyle Face? You know it.

And I didn’t even mention Kobe putting OJ Mayo on roller skates.

I enjoyed the hell out of his performance, and take it from someone who has Kobe on his fantasy basketball squad…he’s been great all season.

What can’t be ignored is that the team needed every bit of this Kobe to go toe-to-toe with a lottery team. This was supposed to be a Dream Team. Instead, they’re the 9th best team in the West. That leads to the next observation…

Which is a far cry from what many thought the Lakers were getting when they acquired Nash this summer. Apologies to Miller, but he isn’t worth four draft picks, including two first-rounders. 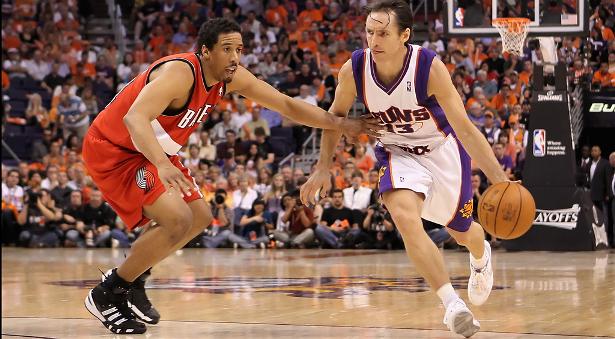 Instead of setting the table for Kobe, Nash was forced to play largely off the ball and take jumpers off of Kobe penetration (pause). Thankfully for Laker fans, Nash shot well, leading to a season-high 20(!!) points. Nash hasn’t always been a prolific scorer, but he is one of the best shooters in NBA history. The fact that Nash hasn’t accounted for more points – as a shooter or through assists – tells you the dynamic is out of whack in LA. Nash should be more aggressive on offense, period. This will take pressure off Kobe to produce everything offensively, which (even for Kobe) is too much to take on to be successful.

This is the starting small forward in LA.

This wouldn’t matter so much if…

I know he’s leading the league in rebounds. I know he’s recovering from back surgery. I know he has a shoulder injury.

The Lakers may be building for life in 2014 with Howard, but today they have a guy with a limited offensive repertoire who’s a step slow on defense. Sunday’s game did nothing to sway my stance. More troubling than Howard shooting 2-for-7 is that he only took seven shots. Many of them were exactly the same: back to the basket, turn over a shoulder, two steps into the lane, baby hook. Rinse and repeat.

I hope Howard regains his athleticism with his health in the near future and continues his ascension to become a player worthy of a statue outside of the Staples Center. The league is more fun when players are at their best. Kobe turned back the clock and gave us a glimpse of 2008. Hopefully Dwight, whether this season or next, can do the same.

All hope is not lost for the Lakers. Despite missing Pau Gasol for, effectively, the rest of the regular season, Earl Clark has filled in admirably and looks like a player they can count on in the future. Jodie Meeks can still shoot, and Antawn Jamison had a solid game Sunday. The Lakers are in a decent position to get into the playoffs. However, if they are going to fulfill Kobe’s prediction, Sunday’s slug fest with a lottery team isn’t the proof.

Where do you place LA’s odds to make the playoffs? The team has played well lately, but can they ride that momentum and do some damage in the playoffs? Can Kobe carry this team like he has in the past?

tags: lakers nba sports
previous Examining The Onion's Tweet, Quvenzhane Wallis, and Comedic Tact - How Do You Know When Your Joke Has Gone Too Far?
next President Obama Unveils Statue of Rosa Parks