10 Things Every Woman Should Know About Her Man 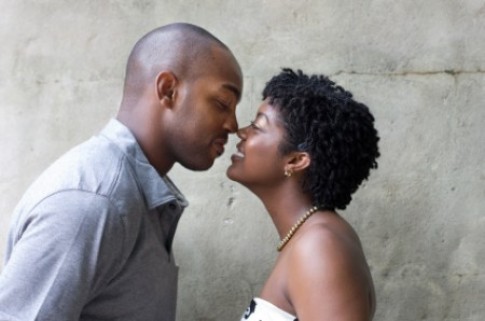 I often joke that the biggest hindrance to me finding women to date is how intimidating my female friends can be. I always imagine a game of taboo where I’m the keyword and my girlfriend probably wouldn’t be able to describe me to a room full of people, but if I let one of my best female friends do the same they’d break the Taboo single card world record. That’s for a few reasons – mainly because most people don’t really dig deep into the things they should know about the people they date. They really only know their partner from the medium of their relationship. I think that also you have people who project too much in relationships; they tend to use their relationship as a support system. People who project in their relationships are the same people who get left in the middle of the night and have no idea or reason why. They’re the people who have to grapple for years with the “what went wrong” after they experience heartbreak.

In addition, you guys know that I’m big on those things that I don’t think should have to be said in order for your partner to know that they need to get done. I don’t know what to call them outside of the basics or Relationship 101. It’s the requirements that a mate should possess at an inherent level – meaning nobody should have to tell you these things about how to be a significant other. Perusing the Internet for ideas for a post on Friday, the first day of Women’s History Month, I came across this list of 10 things women should know about their men. It was a pretty dope list and I thought I’d share my five favorites here, and then you can check out the rest if you see so fit.

2. What really helps him relax. Watching those Law & Order reruns may be your favorite thing to do after work, but don’t drag him into it. He needs to unwind too. Encourage him to do what he enjoys during the little downtime he has.

3. How often he talks to his ex. Yes, they broke up six months ago, but it can be hard to completely let go. You have a right to know and to tell him if it bothers you. Of course it’s more complicated if they’ve had children together. Let him know you understand he needs to have some kind of relationship with her and you are supportive of him.

4. Whether he’s a lefty or a righty. And I don’t mean which hand he writes with. It’s important to know where he stands on political issues that are important to you. For new loves, this can be a deal breaker, but it doesn’t have to be. Look at Mary Matalin and James Carville. For married couples, you will know what topics to avoid when you want a peaceful night.

6. His turn-ons. Some women never make the first move, but guys love it when you do. If his ears are especially sensitive, why not nibble on them and let him know how desired he is.

7. What really gets him down. Whether it’s when his favorite team loses or the anniversary of a parent’s death, you should know what makes your man sad. You can try to cheer him up or at least know you aren’t the reason he is acting so strangely.

You can read the remainder of the list here with the good folks at The Stir.

tags: around the web lists share Stir things to know
previous Instant Gratification: We want what we want, when we want it!
next Black Friday: What Do The Pending Budget Cuts Mean for You?