Black Friday: What Do The Pending Budget Cuts Mean for You? 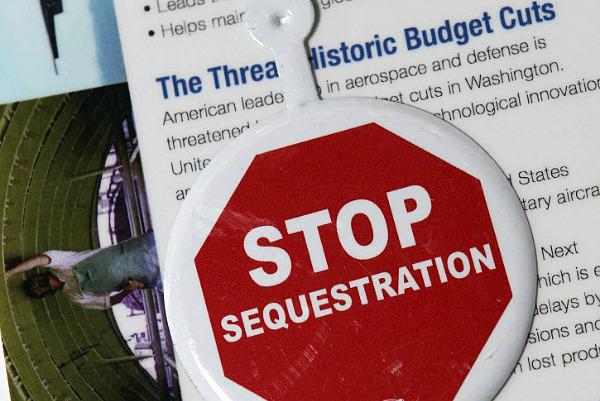 “We’re still in a recession. We’re not going to be out of it for a while, but we will get out.”

Warren Buffet uttered those words and yet this nation remains dangling off the cliff of fiscal calamity. When President Obama ran for the White House in 2008, he called President Bush’s $10 trillion dollars of debt “economic unpatriotism.” Well, the President has added $6 trillion to that debt since taking office in January of 2009. Over the course of the last four years, Democrats and Republicans have fought vehemently over whose ideology is best to pull our nation up from the fiscal calamity we have been facing.

Over the past few months, as many of us have watched the news networks, read the papers, our twitter timelines or facebook newsfeeds, we have been bombarded with the a copious amount of ill-explained political jargon. One word that has consistently come up is sequestration. Now it may sound fancy, and to some foreign, but don’t be alarmed by the word itself. Sequestration really means to set apart. It is a series of automatic government cuts that will total $1.2 trillion over a ten year period. That means military spending will be cut by 50% and domestic spending will be cut by 50%.

See Also:  Fifty Shades of Grey from a Man’s Point of View

The goal of this sequester is to tame the ferociously growing U.S. debt, which stands currently at $16 trillion. These automatic budget cuts had originally been planned for January 2, but Congress and the Obama administration came to a “deal” that would push the date back to March 1st. The really daunting part is the types of cuts that are coming.

The military cuts are needed. The obnoxious size of the American defense budget has always been disconcerting for some time now. However, other cuts, known as discretionary cuts, to programs such as public transportation, health care, education, job training and neighborhood stabilization programs are not needed. These programs provide our country with the assistance citizens need to survive.

Now, what does this mean to African Americans under the nation’s first African American President? We all recognize that President Obama must govern all Americans, not just those who look like him or think like him. However, he must be cognizant of the fact that these policies are more harmful to an already hard hit black community than most will admit. As I’ve said before, there is an indiscriminate nature about sequestration. One in which most African Americans are going to have an even more difficult time–in addition to the country–recovering from the negative effects of the recession.

See Also:  Women Should Have a Gang of Men

The aforementioned cuts to areas such as public transportation, public health and education are all areas that have been crucial to the black community. This bandage will be bad for the country as a whole because austerity measures aren’t the best route in most cases, specifically this one and African Americans are going to get hit just as hard or even worse than when the great recession struck back in 2008. As one of my coworkers sobbingly said, “History indicated [we] are disposable and will be the first to fall off any and every financial cliff–real or imaginary.” Black people have had it hard enough as it is and this is yet another wrench that we’ll have to address as a community; one that can be defeated with the resilience that has always made us a special people.

Think about how that bus driver that might get laid off or the mother who will have to take time off from her job because Head Start is being cut, or the elderly woman who won’t be able to afford her medication because benefits have been cut. This is not a solution, rather a bandage placed on a terrible wound. The men and women in Congress as well as our President are neglecting their fiduciary responsibilities in favor of political warfare. They’ve created a culture where they can’t tackle the major issues for those of us in the current and future. This is unacceptable! America is better than this. However, we can’t deny the political realities. Black Friday is upon us and I am not optimistic at all that this Congress or this White House will strike the deal. Statesmanship is all but dead, and the American people will be paying for it’s funeral. One which we cannot afford.

tags: andre fields Guest Post politics sequestration
previous 10 Things Every Woman Should Know About Her Man
next Is Foreplay Only for Women?