Is Foreplay Only for Women?

Awhile back a reader asked the following question of the SBM staff via email (By the way, contact us here if you want to send your own inquiries).

In terms of length of time, I’ve read that ideally most women want up to 30 minutes of foreplay; whereas most men only want 10 minutes or less.

What’s your take on this subject? How much foreplay do men ideally want? How do you handle a woman who requires lots of foreplay?

How much foreplay do men ideally want?

You’re right, foreplay isn’t that important to most men, but that doesn’t mean it’s unimportant. You suggested that “ideally most women want up to 30 minutes of foreplay; whereas most men only want 10 minutes or less.” I can’t speak for women, but I’d say this is pretty accurate for men. However, some women take this to mean that since men need so little foreplay they must not want or need any foreplay. THIS IS FALSE. Like some men I’m sure, some women’s  idea of foreplay is laying in the bed saying “do me.” In most cases, that’s better than nothing, but it’s not near as sexy as most women believe, especially if that’s the full extent of your seduction skills. Like all things, submissiveness is nice in moderation, but throwing yourself on the bed waiting for a man to be aroused by the privilege of being in your presence is, well, lame and it will get boring sooner rather than later.

The primary difference between men and women is that men  usually need a shorter time to get ready than most women. It helps if both partners are into the same foreplay-related activities, but this is not always the case. Like always when it comes to relationships, this is why communication is important. Just because you enjoy something doesn’t mean your partner enjoys it as much or even at all. Conversely, you shouldn’t – within reason – completely avoid an activity you know your partner loves simply because you dislike (or hate) it. If you are, you should at least communicate why you won’t do the activity or why you won’t do it very frequently.There’s a word for avoiding everything you dislike, while expecting your partner to do everything you do like, “selfish.”

Some believe, “if you don’t, someone else will,” but within the confines of a committed relationship this saying doesn’t make much sense. What does make sense is that if you aren’t satisfying your partner’s needs, then they will be dissatisfied. How they go about alleviating that dissatisfaction is up to them.

How do you handle a woman who requires lots of foreplay? 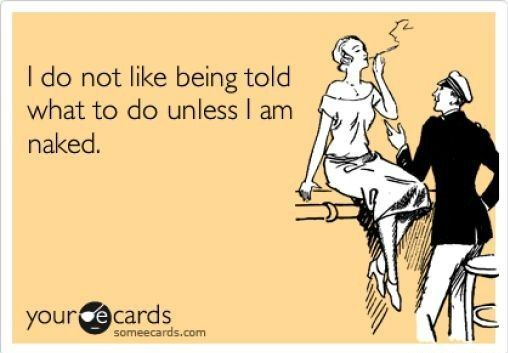 The politically correct answer is to say, “as a man, I will do any and everything in my power to please a woman, even if that requires 30-minutes or 30-days worth of foreplay!” but that’s simply not true. In reality, most women simply underestimate their man’s (actual boyfriend or husband, not some random guy you’re sleeping with) desire to legitimately want to please them. Frankly, most women either don’t know, won’t, or can’t communicate what they actually want – in foreplay, sex, and beyond. As a result, most men have to guess, usually incorrectly, what makes their woman happy. These men also assume, sometimes incorrectly, that a woman’s silence equates to happiness. Therefore, you have a number of unsatisfied women who think it’s all the man’s fault that she’s unsatisfied. Maybe it is or maybe it isn’t but I’ve personally rarely successfully completed a task if I didn’t under the instructions, goals, or objectives.

In fairness, even if a man knows everything that pleases a woman, he’s not going to do it every time, because as we discussed earlier,  most men don’t need as much foreplay as a woman anyway; however, there will be times (more times than women think) when if a man knows what pleases you, he will be perfectly and happily willing to do those things. Know why? Because  most men want their woman to be happy, and they want to be the source of her happiness. Further, most men already know that if the woman in his life isn’t happy, AINT NOBODY GONNA BE HAPPY!

Ultimately, if all it takes is a little more foreplay than he wants or needs to make the experience pleasurable for both of them, then most men will do so, especially if he’s in a relationship where the woman – as we discussed earlier – is giving him those 10-minutes of foreplay he needs; then of course he’ll be willing to give her those additional 20-minutes of foreplay she needs; that is if what she likes or doesn’t like has been clearly communicated to him either during or before the process. In other words, a close mouth doesn’t get fed and unambiguous expectations don’t get met.

Lastly, most (smart) married/committed men know that “foreplay” isn’t limited to the 10- to 30-minutes right before sex. As a man, if you want to lessen the bedroom foreplay window you should work on seducing the woman you like/love all day long by doing things she either: 1) likes; or 2) makes her life easier. Bonus points if you can find a way to do something she likes that also makes her life easier or makes her feel good (physically or emotionally) without her asking – admittedly, meeting your woman’s needs without her asking or telling you more than once is definitely Jedi level foreplay; thereby taking most men an entire lifetime of trial and error to master.

Because men are quicker to get ready, it’s important they pay attention or remain receptive to the “all day foreplay” needs of their significant other, which will improve their “bedroom foreplay” later. Although it might not seem like a big deal to you, polishing those dishes for her just because might get your [Richard] polished that night…just because. Still, despite being the alleged superior communicator of the sexes, women only like communicating about things they want to communicate about. They practically become mutes when it comes to communicating about topics where they aren’t completely comfortable or they think, usually incorrectly, that a man “should just know.” That’s why if a woman wants her man to make her happy, then she needs to take it upon herself to actually communicate – crazy idea following ladies – with him about what makes you happy (in and out of the bedroom).This way you’ve at least given your man a fair chance to meet your needs/wants and given the chance, most men will at least try. Happiness beyond the bedroom promotes happiness in the bedroom. In the end, good foreplay is not done in 10-minutes or 30-minutes. Real foreplay is an all day process.

1) Fellas, do men need foreplay? Have you ever been with a woman who didn’t do enough foreplay?

2) Ladies, since you generally need more and longer foreplay than men, can men do anything to shorten your foreplay needs? Is it always simply about spending more time right before sex or are there other areas men need to improve? Do you honestly communicate these needs or are you one of those “if he Loves me, he should just know” types? If yes, follow-up question: WHY IS IT SO HARD FOR WOMEN TO JUST SAY WHAT THEY WANT?!?

tags: foreplay Men Rules of Engagement sex versus Women
previous Black Friday: What Do The Pending Budget Cuts Mean for You?
next Why Does He Ask "Do You Love Me?"