You Have Overcome: The End Of The Voting Rights Act? 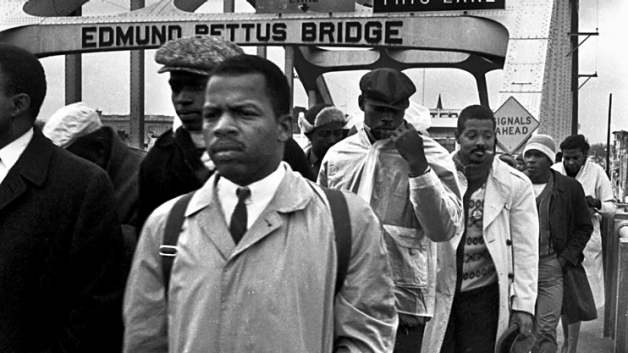 On December 8, 1941, President Franklin Delano Roosevelt stood before a joint session of the United States Congress and declared the attacks by Japan on the United States Naval Base at Pearl Harbor, Hawaii, “a date which will live in infamy.” 24 years later on March 8, 1965, no President stood in front of a joint session of Congress to declare that the dastardly attacks of the Alabama local and state police warranted national outrage. However, just as the United States prevailed in World War II, those men and women prevailed in accomplishing their goals of finally receiving voting rights on August 5, 1965 and winning yet another major battle in America’s second Civil War.

When originally debated and signed, the Voting Rights Act  (VRA) had a few key major goals, among them were: prevent voter intimidation and to stop areas of the nation (particularly, but not limited to the Deep South) from denying African Americans the right to vote with malevolent tools such as poll taxes, literacy test and grandfather clauses. Furthermore, under Section 5 of the Voting Rights Act of 1965, Congress stated that nine states–Alabama, Alaska, Arizona, Georgia, Louisiana, Mississippi, South Carolina, Texas and Virginia– all needed what is called “preclearance.” Preclearance required that these nine states seek permission before they could make any changes to state and local laws regarding voting. This act of Congress has protected marginalized voters of this nation for close to 48 years. Additionally, Congress has validated the VRA of 1965 with repeated extensions of the act–in 1970, 1975, 1982 and then lastly in 2006 after extensive hearings and debate. The next extension is not due until 2031.

Presently, the VRA of 1965, particularly Section 5, will be decided on by an already skeptical Supreme Court. Based on questions asked by members of the Court during oral arguments of Shelby County v. Holder, No. 12-96, it appears some members want to end the federal government’s involvement in the sovereignty of states to make their own decisions  in the case of voting rights. The  Roberts Court in its most recent VRA case, Northwest Austin Municipal Utility District Number One v. Mukasey (2009) ruled 8-1 in favor of the VRA of 1965, but the Court skirted the issue of Section 5 in a way that could have settled the issue in totality (let it be noted that the lone African American Justice on the court was the single no vote, arguing in his dissenting opinion that Section 5 of the VRA of 1965 was no longer constitutional).  What is most mind boggling is the coded insistence of the more right leaning members of the Court that since voter turnout in these areas  has increased, and since  blatant violations aren’t occurring as they once were, then this must mean that all is fixed and the old wounds of America have suddenly healed. For all of their intellectual superiority, our Supreme Court seems totally oblivious to how America, particularly the south, truly operates.  Chief Justice John Roberts went as far as to say in his 2009 Northwest v. Mukasey ruling that:

The evil that Section 5 is meant to address may no longer be concentrated in the jurisdictions singled out for preclearance. The statute’s coverage formula is based on data that is now more than 35 years old, and there is considerable evidence that it fails to account for current political conditions. For example, the racial gap in voter registration and turnout is lower in the States originally covered by Section 5 than it is nationwide.

However, in this day in age where many states seek to change their voting laws, the argument of the Chief Justice would be null and void.  Also, during the oral arguments of the  Shelby case, Justice Antonin Scalia obnoxiously stated that Section 5 is the  “perpetuation of racial entitlement.” However, as Charles Blow eloquently articulated “It’s not a racial entitlement,…but insurance against racial suppression.” Most Americans, particularly those in Congress and a solid bloc of Supreme Court Justices seem to believe that we are in some utopian post-racial society and that the election of an African American President somehow heals all of the old wounds that have been inflicted on a specific group of voters in this nation. Those who prescribe to these disillusioned views should speak with men like Congressman John Lewis who marched and was attacked by those vicious racist, while seeking what should have been guaranteed to him as an American citizen; that being the most precious weapon in the arsenal of every citizen–the franchise.

If the Supreme Court decides that Section 5 is no longer constitutional, I believe this opens Pandora’s Box and indirectly legitimizes the efforts of other states to use voter suppression laws. Must we really travel down this road, yet again? Must the dark clouds of regression, suppression, and oppression fill the American skies instead of the shining light of our continuing Union; with all the progress that has been made over the past 48 years?

See Also:  Why the NFL's Popularity May Be at Risk of a Collapse

On March 9, 1965, Rev. Dr. Martin Luther King and his fellow civil rights leaders who had been attacked two days earlier at the historic Edmund Pettus Bridge sought a court order to march again from Selma to Montgomery. Judge Frank M. Johnson, Jr.  ruled in favor of the Southern Christian Leadership Conference and stated, “the law is clear that the right to petition one’s government for the redress of grievances may be exercised in large groups.” This ruling led to the march from Selma to Montgomery that started on March 21,1965 and ended on March 25, 1965. About 5 months later, President Johnson finally stood up and symbolically declared that he too had taken notice of the brutality evident in America, and he signed the Voting Rights Act of 1965–the  clearest  possible redress of grievances at the time. Lets hope the Supreme Court doesn’t reverse 48 years of law that has protected the most sacred of all American rights, the right to vote.