Conflicts of Interest: Child Support – The Woman’s Point of View 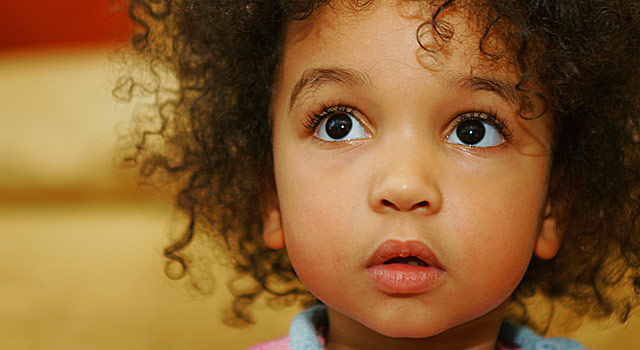 Last week, Dr. J wrote a post on the New NYC Teen Pregnancy Prevention Ads. At some point during the day, a debate on the role of child support erupted in the comment section. In reading these comments, I realized very quickly that men and women have very different views on the role of child support, the fairness of child support (laws and calculations), and what child support does cover or should cover. Although this was an interesting topic, since I have no firsthand experience with child support, I solicited an open call on Twitter (@WisdomIsMisery) to see if any men or women would be willing to share their experience, views, opinions, and trials and tribulations with child support. Two writers, a man and a woman, volunteered. While I wanted their pieces to be original, I asked them to, at minimum, address four questions:

The Woman’s Perspective on Child Support

(click here to read the man’s viewpoint on child support)

Thank you for giving me the opportunity to discuss the topic of child support. Let me give you a little background. I’m divorced. My ex-husband and I had three children together during our marriage.

What is child support for?

Child support is for anything that directly relates to raising a child – utilities, rent, food, clothing, medical expenses, and childcare.  Shared expenses (utilities, rent, and food) can be paid with child support. If we were still married, his funds would go to shared expenses. Child support can go there as well.
As a child grows, you can add recreational activities to the mix. For example, my kids use the money for entertainment – movies or dinner with friends; activities they do without me. They are teens. Having me around cramps their style, so I just give them the card and send them on their way.

See Also:  Would You Let Your Significant Other Cheat?

My first answer is: Hell, no!

I’ve found the child support system is not fair to men or women. From my perspective, the State is only vigorous in pursuing child support for women/men who are receiving government benefits or can afford a good lawyer. I’ve been divorced for 10 years; I received no support for four years after we divorced. I tried working out a solution without using the courts but I was very unsuccessful. When I went to fill out the affidavit requesting support, one of the first questions they asked was do I receive any type of government benefits. I didn’t receive any. The moment she realized the State couldn’t recoup any money from me, the case worker’s whole attitude changed. She was not very interested in helping me. My friends and I who don’t get benefits compare notes on how long it takes/took us to get court dates versus those we know who get some type of government benefits.  Our friends who receive government benefits get moved along in the courts much more quickly. It would take way more than 750 words to describe the horror of having to deal with two states. I have a case worker in Tennessee who won’t give me the time of day and another in South Carolina who won’t even talk to me. My ex went to court to have his child support lowered because he and his new wife had a baby. The State of SC didn’t even see fit to notify me until after the fact. Since 2008, the State of SC says I’m only entitled to $338 each month for our three kids. For 2007, I was only entitled to $400. There is no mention of how they came up with those numbers in any of the documents I’ve requested from either state. I can assure you, he pays more than $338 in daycare for his new child. That’s part of what makes the system unfair.  The calculations used to set support are unrealistic and vague. I could be totally in left field, but based on my experiences, the people who get the largest child support awards either have really good lawyers or get some type of government benefit the state wants to recoup. Yeah, I’m a little salty about these calculations.

The issues that women face?

I think the biggest obstacle is the system itself. The court system is designed to be adversarial.  In terms of child support, most times people are in the courts because they can’t see eye-to-eye in the first place. A good way to get around the acrimony is to require mediation before a case is heard. I’m talking at least four or five mediation sessions where conflict resolution skills are taught and parents are required to come up with a budget, a visitation schedule, the whole nine. Changing the structure from adversarial in front of a judge to partnership in front of a mediator will go a long way towards building maturity into the process.

What would I change about the process?

I would make the process more realistic and user friendly.  I would like to see a standardized process throughout all 50 states. From what I’ve heard, the process is drastically different in each state. I would put firm timelines in place to ensure each case is handled in a timely fashion. I would make the reevaluation process automatically occur every two years. In some states, child support is only reevaluated by written request.  Another thing I would do is require each case worker provide status updates periodically, like at least once/twice a year. I would require each state to provide plain English descriptions of the methods used to calculate monthly support. I would have the state set support and visitation in the same hearing/proceedings. I would also require the courts be more merciful. There are times when they take so much money that the non-custodial parent can’t afford to live. I wouldn’t allow courts to do this any longer. I would require the court take into consideration the custodial parents ability to work and not just their previous work history.

About the Author: Jamesetta is an independent distributor for AdvoCare. It’s elite nutrition. She does healthy weight gain and weight loss. You can email her at cjamesetta@gmail.com  or find her on Twitter @cjamesetta for a free health assessment.

Now we turn it over to you SBM: 1) What do you think child support is “for?” 2) Is child support fair? 3) What are some issues you face as a man/woman? 4) What, if anything, would you change about the process?

If you’re on Twitter, please participate in our #SBMQOD:

#SBMQOD: Should a man who doesn’t (or can’t) pay child support still be allowed to see his kid(s)?