Home Empowerment What Is Success: Five Things I’ve Learned While Chasing My Dreams
Empowerment
Men
Other Stuff We Like
March 21, 2013 The Mighty Most 21

What Is Success: Five Things I’ve Learned While Chasing My Dreams

What is success? What does it look like. Is it something we can touch and grab and hold, or is it something we just feel? I spent the first seven years of my professional life chasing success, but it was only until recently that I was able to really accept what it meant for me. Webster’s defines success as a favorable or desired outcome, but that feels to small for what I’m talking about today.

Many of you may not realize, but I spent the latter part of 2011 and the first half of 2012 — almost 18 months — sitting in a purgatory that existed somewhere between unemployed and semi-retired. I was unemployed in the sense that – aside from helping to grow this here blog, I was without a “job”; I was semi-retired in the sense that – for the bulk of that time, I wasn’t actively pursuing employment. I know what you all are thinking: a black man without a job in America in 2011/2012 – way to be a statistic buddy — right? No, it wasn’t like that. First, a little back story.

My last 2.5 years in college, I essentially worked a full time job at a huge, financial institution while also going to school full time. After college, I took a full time job working at that same institution. It all happened really, really fast. First, I was in an intern program for college students, then after graduating from that program, I went straight into an analyst program. That program lasted for 2 years, but was divided into six month intervals where we’d travel through different areas of the company learning the business and impacting those areas along the way. We were supposed to be the young talent that would do things that sound cool like ‘innovate’ and ‘create efficiencies’ but really we were just a bunch of kids fresh out of college with decent paying jobs trying to figure out what the real world was about. What was both cool – and cancerous about the program was that it shielded us all from the reality of having to get up everyday and do something you hated. Each rotation was only six months. If you didn’t like what you were doing, you knew it wouldn’t be for long, and you assumed that it was this particular rotation not this entire line of work. Plus, during that time, I got married, made a major move from Long Island to Brooklyn and had a host of other awesome, outside of work things to fill my time. I enjoyed the whole ‘kid from the hood makes it on Wall St.’ narrative I’d created for myself. I felt ‘successful’.

After the program ended, one of my old bosses from one of my rotations offered me a position working with his team – I took it. That was June of 2007. The next thing I knew – four years flew by. During that time it became painfully obvious to me (and my bosses) that I absolutely hated my job. I hated everything about it. To their credit – they were super generous and made it very easy to part ways (I realize I’m being vague here, but not really sure how much of this I’m allowed to disclose). Anyway – in November of 2011, it was a wrap.

See Also:  We Need New Writers! Do You Want to Be One of Them?

Here’s where things got interesting. I had two choices. I could a) Talk to one of the headhunters constantly calling and have them find me something similar to what I’d been doing. or b) Do something else. I decided on the latter. After months of deliberation, I decided that I wanted to make my living with words. Now, with six years of experience in financial services, transitioning to something completely unrelated was not without its difficulties. I started slow – with my own, personal blog called The Lower Frequency (shoutout to those of you who read that joint). That lead me here – to SBM. And it’s been the work I’ve done here alongside Dr. J, SBM The OG, Slim, Streetz and WIS that eventually lead to the gig I have now. I’m not a boss. I’m not ballin, but I do wake up everyday excited to go to work and in the rare, indulgent moments where I allow myself to contemplate my future – I feel good about it.

So what the hell does all of this have to do with success? Everything and nothing. What I’ve come to realize as I look back on the last nine years or so is that only during moments of discontent did I contemplate success. Success for me wasn’t about accomplishing a particular goal or achieving a particular dream – it was about escaping whatever my reality was at the time. It was about latching on to some mythical place I’d one day get to that would somehow make worthwhile all the hours I was wasting each day doing something that left me unfulfilled. When I decided to devote my career to things I loved – I stopped worrying about success. It became about doing a job. It became about being proud of what I’ve produced. It became about making an impact. All cliches I know, but also all truth. I no longer need to look longingly at the phantom that is success using it as motivation to do something I don’t really want to do. My motivation is self-evident, apparent and inextricably woven into the DNA of my days… and that feels pretty awesome.

So, today I want to share with you all a few of the things I’ve learned along this journey I’ve shared above. They’ve been helpful for me and I hope they’re helpful for you: 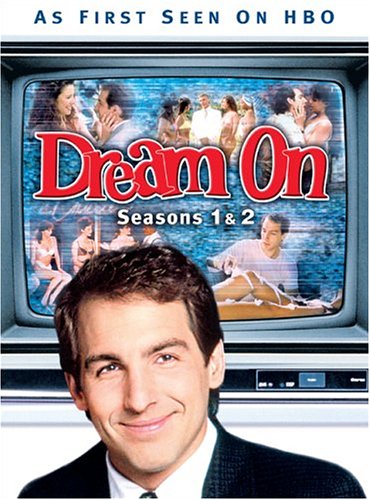 “I’m sitting in the crib dreaming about leer jets and coupes, the way Salt shoops and how to sell records like snoop…”

Daydreaming is probably one of the worst pastimes you can develop an addiction to. At one point during my years working in finance I developed a nasty, nasty habit of simply daydreaming. Sitting around, thinking about other stuff I should be doing, other stuff I could be doing, and ultimately stuff I’d never be doing because I was spending so much time day dreaming. It got to the point where I was daydreaming so much that I convinced myself that I was actually plotting my escape and so – it was all healthy because it would eventually come in handy. Nah. Chill. I’m not saying one shouldn’t dream, but when your dreaming is slowing you down – time to give it up. 90% of the time we spend daydreaming could probably be spent doing something that might make our dreams realities.

How does one stop daydreaming? Honestly, I don’t know that we can stop completely. We’re humans – we are aware of our existence – that’s our gift and curse. I was able to reduce the amount of time I wasted daydreaming simply by organizing my day more thoroughly. Stuff like, “from this time, till this time, I will do this,” or “I will not go to bed until I finish this…”

“I’m trying to keep it alive and not compromise the feelings we love.”

When I was at the point in my life where I was trying to figure out which direction to go next, I kept asking myself the two questions above. I still ask myself these two questions every once in a while. They key is asking both. I love playing basketball – I’m not good enough to play in the NBA. I was pretty good at navigating corporate finance, but I didn’t like it enough to do it forever. I like writing, I think I can one day be a pretty good writer. Bingo. Boom. There it is. That’s what I’m going to focus on.

The other thing it took me a long time to understand is that talent isn’t as valuable as I always thought it was. The truth is, there are a ton of talented people in this world. In our culture and society we’ve somehow attached a certain measure of entitlement to talent. We think that because we’re pretty good and something, we’re entitled to put minimum effort into it and reap maximum rewards from it. Talent will open doors, but once you get in the room you realize it’s full of other talented people. Hard work is what separates the talented who do, from the talented who don’t.

See Also:  Where Do You Draw The Line Between God’s Blessings and Personal Achievements?

3: Ignore What Others Think

“But do you have the power to get out from up under you.“

We spend years creating and cultivating the sides of ourselves we present to the world. What do you do when you realize that who you’re presenting is pretty distant from who you really are or who you really want to be. True power is having the ability to get out from up under the you you’ve created. As much as I hate to admit it now, and as much as it makes me cringe to confess: I used to care a lot about what people thought of me. Letting that go was a huge step for me. Admitting that who I’d been was not who I best suited to be took time, but once I did – I was so surprised at how many people supported and encouraged my decision. Check out this video below. It proves that when you decide to be yourself and commit to it fully, the world will at first watch, then they’ll laugh, then they’ll mock… and then, eventually … they’ll follow. 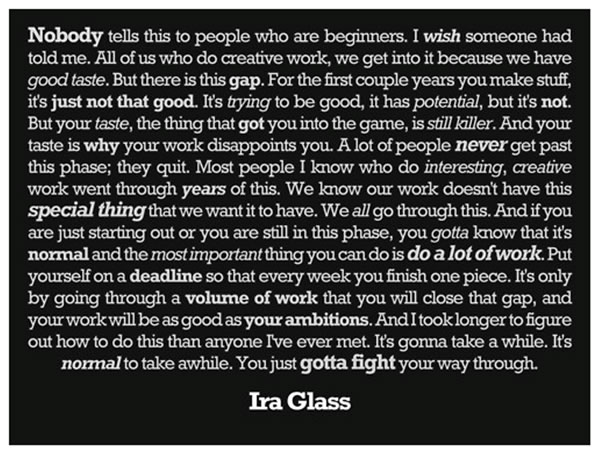 I read this quote, at least once a week. It’s a constant reminder that it’s completely normal to know that you suck as long as you understand that only way to get beyond that is to keep pushing through. Other than that – this pretty much speaks for itself.

“‘I want money like Cosby’ ‘Who Wouldn’t? It’s this kinda talk that makes me think you probably ain’t got no pudding.'”

Some people are the kind of people who “speak stuff into existence.” Some people are the kind of people who accomplish more when they work with an “accountability partner” – someone they share their ideas with so that the person can then follow up and make sure those ideas are being executed. Those kinds of people are not me. The more people I tell an idea to, the less likely it is that the idea ever becomes anything tangible. It’s a biological thing. For many of us, when we share an idea and receive a positive response from whomever we’re sharing it with, our brains release the same satisfaction inducing hormones it would have released had we actually taken the idea to completion. Basically, we’re getting the reward without actually having done the work. This kills a great deal of the motivation we had for whatever it is we want to do. Try it. The next time you have a great idea, don’t tell anyone … instead – do what I’ve learned to do…

tags: chasing dreams how to be a success success What is success
previous 5 Fitness Tips To Get In Better Shape Before Summer
next Five Things You Need to Know (3/21/2013)