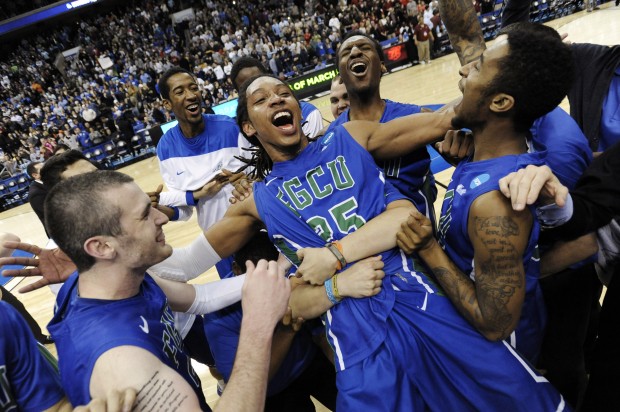 Another year, another horrific bracket. As upset after upset was going on, I had a few thoughts.

First: “Crap. My bracket is toast.”

Then: “Well this is cool I guess. Give these smaller schools some shine.”

Then I had an unexpected thought: “I actually wanted to see some of the better known schools battle it out for the championship.”

Don’t get me wrong, I enjoyed rooting for the underdogs in the moment. And I thought this girl actually did a decent Nicki Minaj impression on Dunk City. But my overarching thoughts coming out of this weekend’s NCAA tournament games is that somewhere along the way, I became a Bracket Snob. That’s actually troubling for me.

I, like a lot of people, have hated on the NCAA and the BCS for years. Among other reasons, both seem like Good Ole Boy clubs where the “haves” in the NCAA conspire against the “have-nots.” It sucks to see an undefeated Boise State team shut out of the college football title game because of their schedule. In the past, they have beaten whoever was in front of them, and at this point, many bigger schools refuse to put them on the schedule. What more can they do? The BCS, whether intended or not, became a system designed to keep the power (and money) in the hands of the few.

See Also:  SBM Sports: The Four Headlines From the NBA Playoffs So Far 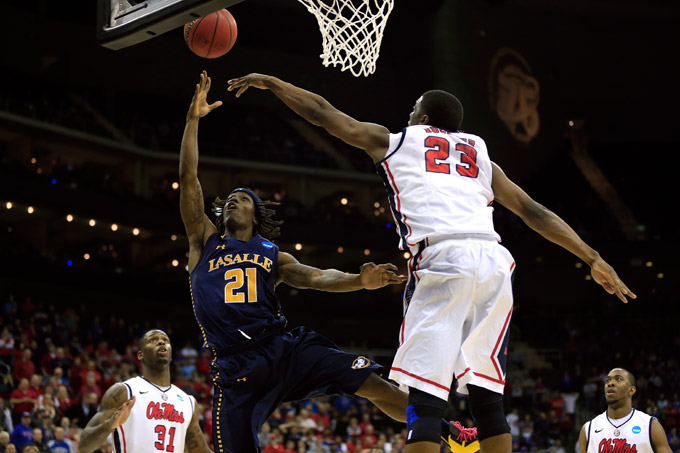 That’s one of the reasons I enjoy March Madness. More teams get a shot to play for the title. What they do with that opportunity is on them. It’s the ultimate meritocracy, and much more equitable than a computer-generated title match up that’s rigged for the more prestigious schools.

That said, I’m a little disappointed in myself for how I felt while sifting through the wreckage that is my bracket. Though after thinking about it, I’m pretty sure I know why I feel this way.

I spend most of the season watching the “high-major” college teams play on television. I get a chance to learn about many of these players, and become a fan of their teams as I become more familiar with them. I had no idea before the season that Otto Porter was good, and now I want him to be drafted by my Detroit Pistons. I didn’t know Marshall Henderson was a crazy person, but he was fun to watch because of his passion and flair in big moments. Now that both are out of the tournament at the hands of teams I don’t know at all, some of my excitement to watch the rest of the games is diminished.

That unfamiliarity is probably the biggest reason I may have to accept my fate as a Bracket Snob. It’s just not as fun to watch guys you don’t know. Sadly, my job, life, and fiancé’s insistence on only watching reality TV means I won’t have enough time to get familiar with Wichita State’s roster over the course of the season. There are worse fates in the world, but this one definitely has me down. My favorite event in sports is a little less cool.

See Also:  So About This Hairline....

Do I stand alone as a newly minted Bracket Snob? Have all the upsets made you a little less interested? Are you into the Wichita State/LaSalle match up as much as Michigan State/Duke?

previous Misogyny and Sexual Harassment: How "Small Jokes" Cause Big Problems
next Five Things You Need to Know (3/26/2013)