Here are the top news headlines that may interest you for Tuesday, March 26, 2013. Read, be informed, discuss, and prosper.

An Immigrant from Dominic Republic Claimed $338M NJ Lottery Ticket “Pedro Quezada said in Spanish he was happy of winning and will use the money to help his family. The father of five buys lottery ticket and liquor at Eagle Liquors everyday.” 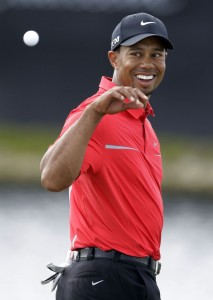 Tiger Woods Wins 3rd Tournament “The last few years have been far from perfect for Tiger Woods, but he is once again on top of the golf world after winning the Arnold Palmer Invitational.”

Amanda Knox Will Face a ReTrial “Italy’s top court on Tuesday ordered a retrial of American Amanda Knox and a former boyfriend for the murder of British student Meredith Kercher, re-opening a case that prompted harsh criticism of the Italian justice system.”

Student Loan Debt Up 36% This Year “Banks wrote off $3 billion of student loan debt in the first two months of 2013, up more than 36 percent from the year-ago period, as many graduates remain jobless, underemployed or cash-strapped in a slow U.S. economic recovery, an Equifax study showed.”