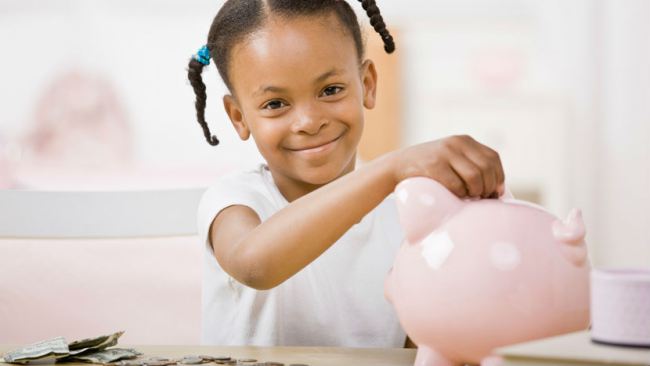 Last week, WIM posted two articles concerning child support.  One was from a man’s point of view and the other from a woman’s.  It should’ve been expected that each gender would have differing views on the topic.  Somewhat surprisingly, there were people in the comment sections of each piece that agreed with the other sex’s views.  As a guy who pays child support, it was nice to see the support from some of the women.  However, there is another party involved with child support, and I don’t mean the child.

The government is the entity that has instituted the archaic laws that govern the child support (CS) system.  The laws and policies were initially meant to ensure that children were taken care of in the event the parents of said children ever split.  In theory, the idea was good.  In practice, however, these laws have caused more problems for non-custodial parents, mostly men but also women, than assisting children.  These laws have arguably made the child support system more adversarial than it needs to be.

Don’t believe me?  Go down to the child support division of your local courthouse and witness the name calling and attitudes present.  Some of these actions come from the way people generally behave.  The rest come from how people interact with the system.  Granted, if a man’s (or woman’s) mindset is set on what’s being taken from them, versus the good of the child, then problems are going to be had regardless.  However, for the folks who are trying to do right, or doing the best they can, but they need a helping hand, the government has ways of “dealing” with them too.

An aspect of child support law that gets overlooked many times is that it can be tied into state or city benefits, especially if a child is receiving the benefits.  This was news to me until a close friend of mine informed me that his wife told him she was filing for child support.  He and his wife are not separated, not headed for divorce, and have a generally okay marriage.  For her to tell him she was filing for child support threw him for a loop.  To say he had a “what the hell” moment is putting it mildly.

He needed context for her doing so, and he also needed to make sure that things between them hadn’t changed, and him not notice.  After talking to her, he got a bit more clarity, and he better understands how the CS system can screw somebody.

When my friend and his wife found out that she was pregnant, they were, of course, ecstatic.  The two of them had been trying for awhile to have a child, and it finally appeared to be happening.  Neither of them had health insurance, so she applied for Medicaid or Medicare (I get them confused).  The state granted the coverage for her and their soon to be child.  After she had their baby, the coverage was extended until the baby turned one years old.  This is where things made a 90 degree turn.

For their child to keep the benefits past year one, as neither had been able to get health insurance yet (Obamacare isn’t all it’s cracked up to be), the Department of Social Services (DSS) notified her that she would have to file a child support claim.  Needless to say, her husbamd was flabbergasted. The way the state has the rules set up, if a child is receiving state benefits, somebody has to pay.  That somebody is my boy.  He isn’t a dead beat dad who does’t do what he can to take care of his wife and child nor is he the type of man who wants to game the system.  They only applied because his wife, and the baby, needed help.  Now, he’s in a catch-22.

Either his wife doesn’t file for the child support, and the baby loses the benefits, or she does, and even though it’s for their child’s benefit, a strain will be formed in their marriage.  What was initially a helping hand has become an albatross around my friend’s neck.  Even if she doesn’t file the papers, there is a chance that the government will go after him for the money.  The government doesn’t differentiate between a married couple who is struggling, and two people who had a child and are now adversaries in taking care of said child.

All it knows is that if the state is putting out money, the money will be recouped somehow.  The emotional strain that will be on their marriage is a concern.  It could cause them to split up.  And what would that lead to?  Extended state benefits, and possibly resulting in aforementioned foolish actions described above.  See how the cycle could get started?  Can you see how what should be a help is really the first nail in the coffin?

By no means am I conspiracy theorist.  But to say that the laws and policies governing child support aren’t a hindrance to progressive moves is a stretch.  I really have no idea how to separate the dead beats who aren’t doing anything from the people who are trying to make it work.  I do know that forcing a married couple’s hands, for the benefit of their child, isn’t the wisest move to ensure that one of the supposed building blocks of a strong society, marriage, stays strong.  If too much force is applied, bonds will break, and the cyclical breakdown may begin.

Did you know that state benefits were tied to child support?  Have you ever known married couples where a wife was basically forced to file for child support from her husband, even though they weren’t breaking up?  Is the couple still together?