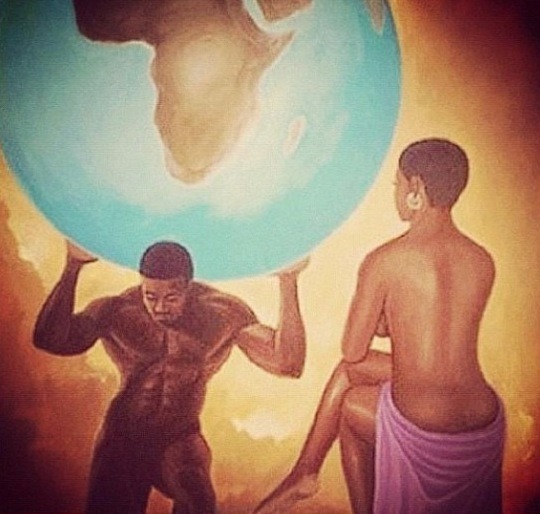 With all the focus on bedroom skills, sometimes it seems like men forget the fact that the majority of the time they spend with a woman will occur outside of the bedroom. As the saying goes, “It’s not about who you want to spend your Friday night with but who you want to spend all day Saturday with.” That subtle difference is what separates the women you like from the woman you’ll love. For this reason, I want to highlight 11 things men love about women that have nothing to do with sex.

11. Memory – I don’t know how or why, but women remember everything. It’s like an entire region of their brain is dedicated to remembering trivial facts. This same region of a man’s brain is dedicated to remembering sports facts and is generally useless when it comes to things like holidays, anniversaries, birthdays, and pretty much any and all relationship milestones.

10. Non-Linear Thinking – As a continuation of point #1, women can tie issues together that a man would never think to tie together if he was left alone in a room for a million years. As you may have observed over the years, men tend to argue in the confines of the here and now. Women tend to argue within the confines of the here and whenever they feel like. Women aren’t going to let a minor thing like making sense stop them from connecting the current issue to an issue that occurred in the past (that you forgot about) and an issue that might occur in the future (that you haven’t done, yet).

9. Multitasking – If men have a list of 10 things to do, they tackle the first thing, then the second, and so on and so forth. Men aren’t about that doing two things at once life. If women have a list of 10 things to do, they tackle all 10 things at once. This would make the average man’s head explode. Women know this (see point #2), which is why they win 95% of arguments with men simply by confusing us by bringing up more than one issue at a time – even if the issue she brings up has nothing to do with the current argument. In other words, women are mental ninjas.

8. Strength – Most men are physically stronger than the woman they date but women possess a different type of strength. The ability to have kids is the most obvious, but men also tend to give up fairly easily if they don’t feel like fully investing themselves, even if it’ll hurt them in the long run. For example, a former cell phone company (who shall remain nameless) used to screw up my bill pretty much every billing cycle. I charged this to the game as a part of doing business. One month, my girlfriend at the time found out about this and she took it as a personal affront. Next thing I know, she goes all Rambo III on them. By the time she got done with her bill-collector cursing out vendetta they ended up paying ME money just to get her to stop calling. Basically, a woman’s strength is magnified by the fact that everyone is scared of an angry woman…Click here to read the top seven.

tags: favorites list Women
previous 5 Lessons My Mother Taught Me About Women
next Size Matters: 5 Reasons Why Being Well Endowed Is Way Overrated