Home Hot Topics Why Teaching Men Not To Rape Isn’t Going To Cut It Either
Hot Topics
Other Stuff We Like
Sex
March 29, 2013 Dr. J 115 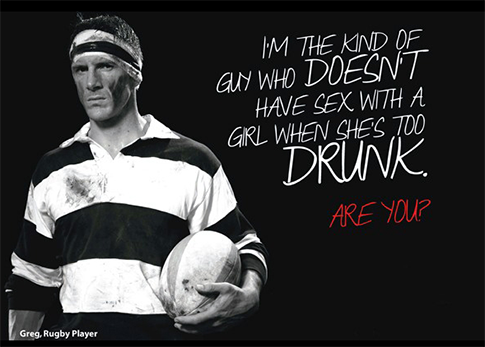 As children, we were taught about not talking to strangers and inappropriate touching from adults; not about rape and sexual assault. Despite that, I can’t ever remember growing up in an environment that encouraged or condoned rape. Not once, not never, not even for a few moments do I remember being in an environment that fostered or was conducive to rape. I should add that I don’t subscribe to the thought that just because nobody encouraged or condoned rape, I was done a disservice because no one explicitly taught me, as a boy, about rape. In fact, rape isn’t something that most little boys and girls are aware of until they reach pre-pubescence. Heck, most young children don’t even know the differences between heterosexuality and homosexuality.

As it pertains to the subject, a few things stood out to me about my childhood all the way up to adulthood:

I never went to a class to learn any of that. That’s how I was brought up, that’s the type of person that my parents raised, those were the type of people that I surrounded myself with. That’s how I rolled. That’s why I find the notion that, “we need to teach men not to rape”… offensive. It’s not because I feel that we need to focus on what women can do to prevent being raped. That’s not it at all. It’s because the concept was juxtaposed against “blaming women,” meaning that somehow it was the man’s fault. I was offended because I can’t understand why assigning blame is going to help us get anywhere.

Here is what’s also troubling about the notion that we need to teach young Black boys “not to rape”; you’re inserting in the mind of a young Black boy that he is a potential rapist. It’s been a long time since we’ve taught Black boys “not” to be drug dealers, murderers, thieves, etc. Let me speak for young Black boys, since I used to be one. We do not like the notion that we are predisposed to commit crimes. We don’t like it when society looks at us as potential criminals. We don’t like when you tell us to look to our right and look to our left because one of us will not be there when we graduate high school. We don’t like when you tell us that 1 out of every 3 of us will end up in jail. We’re not dumb, we know math, we know that you basically just said, the guy to my left will be dead, and the one to my right will be in jail. I can’t think of any other way to say this but, “That shit ain’t cool.”

And if that’s not what you meant, that’s how it feels.

We know the numbers; 1 in 4 Black women will be a victim of rape or attempted rape. However, that does not translate into 1 in every 4 Black men will rape or attempt to rape a woman. If someone has those statistics, please feel free to share them in the comments section. It’s not fair to single out Black boys, just like it wouldn’t be fair to count off Black girls by fours and tell them they’re probably going to be raped.

Despite the ill effects sending that message would have on Black boys, let’s discuss how the verbiage, “we need to teach men not to rape” is offensive to people like myself and organizations like… Men Can Stop Rape. It’s offensive because the verbiage is condescending in nature. It speaks as though there is an unfulfilled gap – as if there is nothing like it in place. Why didn’t the message read, “We need more organizations that are teaching men not to rape” or “We need more organizations whose audience is not comprised of only women, but men too”? It’s the same exact message, but it lacks the condescending nature.

(I should mention that in the article I’m referencing here, there are mentions of male organizations that are working to change the audience from women to men. I should also mention that they only scored two sentences in the entire article.)

I hate when people complain about something and don’t propose a solution.

When I was in college, in addition to being in a fraternity which some believe breeds rapists, I also worked with the R.A.P.E. Center at my school. I really enjoyed my work there and I thought it was cool to bring light to something that gets swept under the rug at most colleges and universities across the country. I had an idea, a proposed solution, and I want to share that with you. It’s broken down into three areas:

I’m sure the author means well, or has a reason for why she feels the way she does. I’m not going to say that I’m not still annoyed or frustrated about the conversation either. I just hope that when people read this and read that, they see that there is a need for middle ground. A conversation that doesn’t imply that men are inferior or “shifts” blame, as if there was a reason for assigning blame. At the focal point of that conversation we have to make sure it’s the victims we focus on and/or stopping rape perpetrators altogether. I’m hoping that we understand it’s not about who is right or wrong because when we find the answer, no one is going to ask us to show our work.