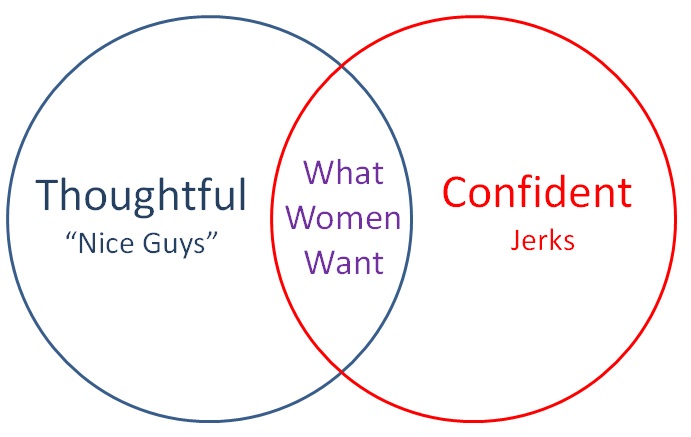 The popular theory is that women value sex more than men. This past weekend I was debating this topic with the misses. Eventually, I jokingly quoted from a Dave Chappelle routine, “if men could have sex in a box, they wouldn’t buy a house.” If you’re unfamiliar, this routine is shown in the YouTube video below.

Among many other topics in this routine, Dave points out that men buy nice homes, cars, and surround themselves with other material items for the purpose of appealing more attractive to women. These actions show that men recognize that they must adapt to what a woman finds important in order to appeal to women. If women valued sex (or the pursuit of women) as highly as men, specifically their ability to control the sex they do or do not give away, then why do (some) women give sex away so easily? Or as was said in the comment section of a past SBM post, if men control commitment and women control access to sex, why aren’t women as stingy with sex as men are with commitment?

Before turning it over to the comment section for response, I’ll address the most common assumption, which I’m sure will still come up today. 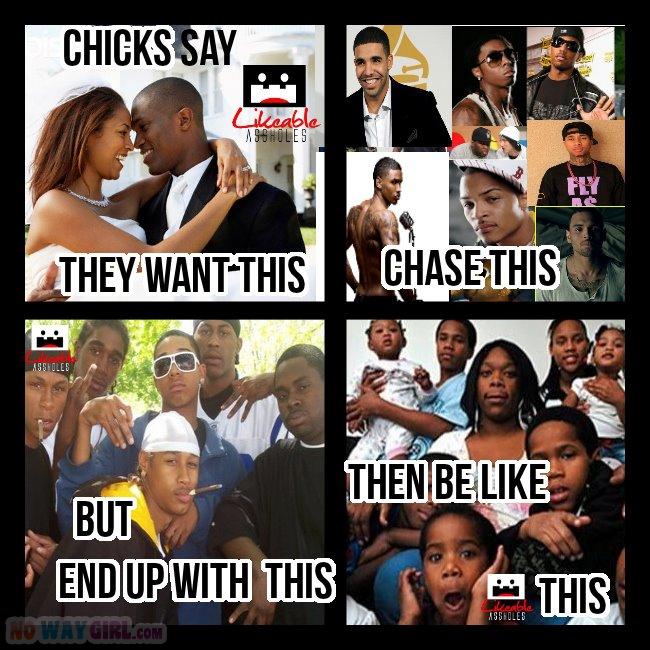 In my (biased) opinion, women determine the value of sex. Using an economic analogy, in the case of heterosexual couples, women are the owners and men are the customers. Heterosexual men can only obtain sex from women. I think we can all agree that sex is a high demand item; however, the market is saturated, no pun. This means that the value of sex is driven down due to the ease of obtaining sex.

Although women are the owners of this high demand product, rather than properly assess its value relative to demand, many choose to give it away for less than what the customer is willing to give. In theory, women can set the relative sticker price as high or low as they want, yet  some choose to give it away for free and wonder why they receive little investment from the customer, in this instance, men. If an equitable return for sex is commitment, loyalty, or whatever else a woman deems important, then why give away sex without first obtaining an agreement that these things will be given in return?

For example, the HuffingtonPost recently ran a story about a woman who dated over 100 men in 18 months because, according to her, men kept leaving whenever she revealed she was abstinent. According to her, the average man expected sex after three to six dates. Regardless of how accurate or inaccurate this estimate, is this expectation set by men or women? Is it more likely that men made this average number of dates up or is it more likely that enough women were willing to have sex with them after three to six dates (or less) thereby creating the expectation?

A number of women will respond that if they don’t offer sex early enough – meaning they value sex and themselves as more than just a sexual object, which for the record is perfectly reasonable – men will leave them for another woman. This is likely true in some cases, but this seems to be the wrong question to ask. After all, why would a woman want a man who doesn’t value her as much as she values herself?

In the market place of sex and relationships, exactly what type of “customers” are you trying to attract? Are you offering Wal-Mart sex or NORDSTROM sex? These two stores are competing in the same market, but their value systems clearly show that they are targeting different customers. Stated another way, NORDSTROM doesn’t lower their prices to compete with Wal-Mart customers, so why devalue yourself to compete with other women who do not have the same value system as yourself?

If a woman doesn’t demonstrate she values herself and her expectations as a result of this valuation, then how are men responsible for placing equal or more value on something she hasn’t even determined for herself? I honestly don’t have an answer, so today I have two questions: 1) Who decides the value of sex, men or women? 2) If women truly value sex more than men, then why do (some) women give sex away so easily?

tags: Men Relationships Rules of Engagement self esteem sex value Women
previous Men Don't Have The Monopoly on Effing Up
next The Curious Case Of The Disappearing Love Interest