The Curious Case Of The Disappearing Love Interest 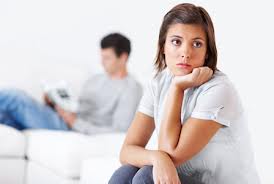 I have been talking to this guy for about 4 months now. We hit it off at the beginning. There wasn’t a day that didn’t go by that I didn’t hear from him. From the moment I met him, I knew he was a good person.I was attracted to him because he was a lot like me: shy, quiet, very honest, God fearing and respectful. I felt something “different” with him that I couldn’t explain.

Right when I was excited about a potential relationship, he drops the “I’m not ready for a relationship” bomb on me. I was ready to cut things off completely, but he insisted that he wanted to remain friends. I agreed to it but not without making it clear that I am interested in a committed relationship with someone, not a casual one. Fast forward, we have not consummated our relationship (although my flesh has been screaming!) and things have been moving at a pretty good rate.

But here is my problem: he recently fell off the face of the earth. Communication has never never been an issue with us. If I ever have a problem, I can bring it up to him and he’ll answer any concerns I have. When I inquired about some rumors that had been going around, he explained to me that he was going through something he could not discuss and that he hasn’t spoken to anyone. He assured me that in time I would understand, but he couldn’t get into the details. I live in a college town, so when somebody in the “black community” drops off the scene everyone knows what that means. After a little investigation, I got confirmation that there is a great possibility he is pursuing membership into an organization.

At this point, I’m tired of this. I feel like I’m always contacting him just to be ignored. Even despite everything that is going on, he can find time for his boys. Somehow I don’t fit it in the picture anymore. Should I just drop this dude? He already said he doesn’t want a relationship so I don’t even see the point of me waiting. And if I do let him go, should I do it quietly or should I make it clear to him that I’m not trying to play games? Apart of me is afraid to let go because he possesses every trait I look for in my HUSBAND. I don’t want to make permanent decisions based on temporary emotions. Plus I don’t want these chickenheads to have the luxury of meeting such an amazing person. But currently, he’s acting like the lame dudes from my past which is making me think he might not be so “perfect” after all.

I think this is one of those situations where you kind of know the answer but you are looking to us for confirmation. So I will lay out the basics. First off, you guys were “talking” for 4 months and he already let you know that he wasn’t looking for a relationship, but he wanted to be friends (to which you agreed). I would’ve said he just wants your draws sans strings attached, but you’re not being physical so that isn’t a real cause.

I see that you have an issue with his communication dropping off over the last few weeks. Being a member of a Greek org, I have to admit I chuckled a bit when you described his sudden disappearance from civilization. I’ve heard this story before. Now you say he has time for his boys and not you, but I can say that if he’s “busy” with things organizationally related, he may have time for them out of necessity, not to socialize. That doesn’t diminish the importance of him keeping you in the loop, but he might have different priorities lined up.

On another note, if you guys are just friends, then why are you worried that he hasn’t contacted you? Are you holding out false hope that there can still be a future for you two aside from a friendship? I think it’s more delusion on your end. You accepted his membership into the friend zone, but you still mentally treat your relationship as if its otherwise when he clearly doesn’t do the same. You guys spoke on the situation and came to an agreement, so if you are getting upset about actions that shouldn’t upset you, then the problem is more with you than him.

Now, you didn’t give any indication that he was leading you on  in any way, so I can only form an opinion based on what you wrote. My suggestion is to move on and find someone who is more in line with your relationship goals. If you still want to be friends with dude, cool. Romantically, you should look elsewhere. It isn’t healthy to play house when your love interest doesn’t even want to rent.

SBM Readers chime in with your opinion!

tags: boyfriend doesn't call
previous 15 Tips on Cheating and Managing Your Mistresses
next How Can Women Escape the Friend Zone?