Rutgers Is Not Alone: The Culture of Hazing in Sports 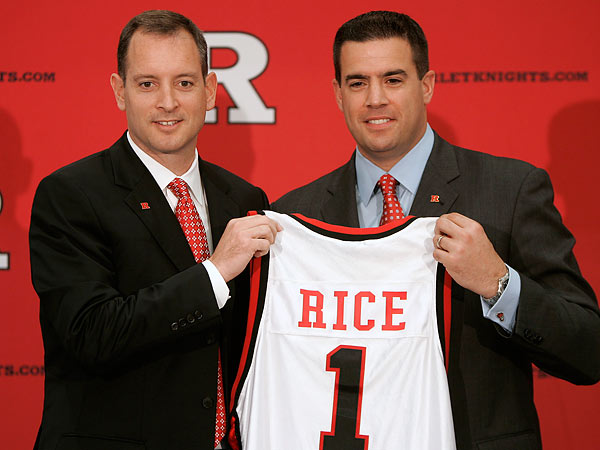 I write this not knowing whether my Michigan Wolverines managed to beat Louisville for its first NCAA basketball championship since 1989. So I’ll say “Go Blue! I can’t believe we did it!” and “Damn…great season. Looking forward to next year!” just to cover myself. Check out my Twitter handle: @iamjoesargent to see if I am crying tears of joy or in a glass case of emotion.

On to the topic at hand. In the wake of the scandal at Rutgers University, I was struck by a few things. Like everyone else, I believed Mike Rice and Jimmy Martelli deserved to lose their jobs. I also felt the Athletic Director should have resigned for failing to protect his athletes from an abusive coach.

Watching the videos of each coach prompted another thought: this is happening all over the place (and will continue); it’s hazing in basketball shorts.

While illegal in all but four states (Seriously? Four states holding out?), hazing now occurs unregulated behind closed doors across the country. Every once in a while, something goes awry and we hear about the tragic death of college students in a hazing-related accident. The national conversation afterwards is always the same: hazing should stop, young people shouldn’t subject themselves to it, and those in charge are animals for treating their peers that way. All of these are accurate and sensible arguments.

And yet, hazing persists. Why?

The answer is multi-layered, but largely universal. While these conditions for hazing exist, things won’t change. Here’s why I know Mike Rice wasn’t the first, and won’t be the last coach to act this way:

The feeling of dependency –

Lots of people asked why the Rutgers players didn’t just quit. Seems reasonable. The coach is abusive, the team is bad, so why stick around? 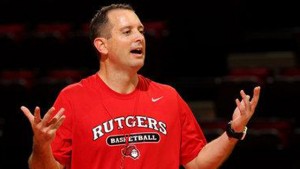 The NCAA system is set up to make players feel the sense of need that keeps them committed. First, scholarship athletes have their classes, housing, books, and many meals paid for. Simply walking away from that means a huge bill going forward. Players could transfer, but they’d have to sit out a year before playing for their new team. For a player with professional aspirations, that’s a huge risk for their future. Even for those who don’t dream of playing beyond college, there’s an investment (friends, academic progress, playing time, etc.) to consider. As bad as Coach Rice was, there are, potentially, a lot of positives in the situation as well. No situation is 100% bad, right?

For non-athletes, the dependency is just as real, though sometimes less tangible. Many attempting to join fraternities crave a feeling of belonging, and buy into the social currency that membership gives them. That sounds ridiculous to many as they age, but that’s SUPER important to an 18 year old. This bleeds into the second condition…

The sense of brother/sisterhood is extremely powerful. Identification with a group is the basis of sports fandom. Most of the time, this is as innocent as buying a jersey to represent your favorite player or team. Sometimes the consequences are much more severe.

See Also:  The Conviction of Trayvon Martin and The Insignificance of Black Men in America

For players under Rice, that feeling is very real. No one wants to feel like a quitter. Walking away from Rice won’t change him. Instead, it would label that player as weak and mean worse treatment for those who remained on the team. 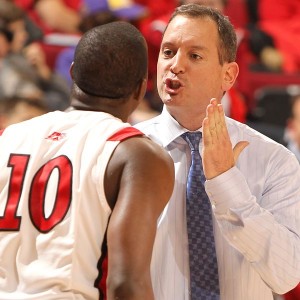 The same feeling exists for those in fraternity/sorority situations. Plus, those initiated together develop a natural kinship. Banding together to accomplish a shared goal (joining an organization) fosters teamwork, sacrifice, and empathy. It also protects those doing the hazing. Instead of an outward focus on your condition, you take your treatment for granted and live to protect those in your situation; understanding that they will do the same for you.

To quit in either situation means walking away from your friends and painting yourself as an individual above the team.

Since hazing is illegal, it’s done in secret with an understanding (tacit or stated) that reporting it could mean jail for everyone involved. Largely because of the two reasons stated above, most people are inclined to cope with hazing silently or amongst a small group of confidants. Speaking out about hazing will label them a snitch (in addition to a quitter); something most people try to avoid their entire lives.

The same situation existed for Rice’s players. The sports culture has no tolerance for a snitch or quitter. Look at how offended Jeremy Shockey was at being named the whitstleblower in the Saints’ BountyGate situation. Jose Canseco was labeled an opportunist (Article title NSFW) despite being proven right in most of his performance-enhancing-drug allegations. Example after example shows that, in sports, there is a code of silence that you should not cross if you don’t want to be shamed.

If a player had quit the Rutgers team, or retaliated against Rice, would he have been hailed a hero or characterized like the 2013 Latrell Sprewell? The third auto-fill on Sprewell is still about his choking incident. That was 16 years ago.

Ultimately, justice was served in this case. Mike Rice, and a couple of those who enabled him, are out of jobs now. The players who suffered Rice’s perverted view of “coaching” suffered no lasting harm. Greg Winslow, the swimming coach at the University of Utah, is accused of similar antics. He’s been suspended, and the university is surely looking at this situation in a new light in the wake of the Rice/Rutgers scandal. The conditions that created Rice and Winslow still exist, though, which is why I’m pessimistic that this will change anything in the long term.

What’s your view? Have college coaches and administrators across the country been scared straight amidst the Rutgers situation? Let me know what you think below!