Many will personally experience or know someone that has or will experience the role of step-parent or having a step parent. Like many things in life, there is no cut and dry, right or wrong way to parents. However, there are certain rules we can follow (or not follow) to make the experience better or worse for all parties involved. With this in mind, I asked if anyone on Twitter who was a step-parent or step-child would be willing to answer the following questions:

@UrBabyGurrl contacted me and provided the following thoughts on the subject. Please read, enjoy, and share your own personal experiences in the comment section below.

Editor’s Note: *Names have been changed. 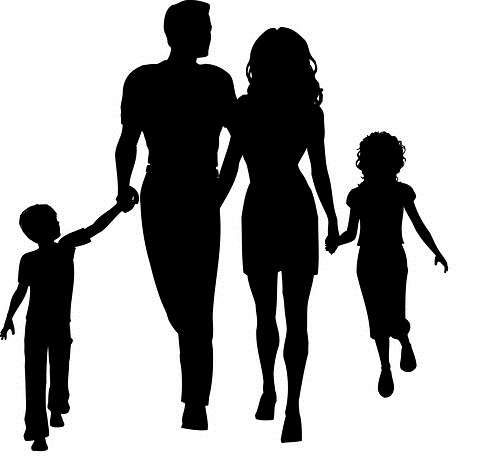 Let me begin by saying I have an interesting stance on parents in general. For the duration of my childhood and adolescence I was shuffled in and out of family court; the results of which left my elder sister and I in full custody of our grandparents. The longest hearings were between my grandparents and my mother. At 24, she found herself divorced in a country she wasn’t a citizen of (Mummy is a proper Brit) and desperately seeking to show her “fitness” to have her children with her. It was under these pretenses that I met my second step-father.

“Your mother told me to wake yall up it’s time to do some chores around here.”

See Also:  What You Need to Know About (Male) Relationship Experts

“Well Mr. David, Mommy doesn’t usually wake us up until breakfast is ready.”

“You must be Janessa*. Your mother told me you were the difficult one. I told your mother that you were too spoiled and too old to be having her do everything around here. Get up before I go wake her.”

The difficult one? In all my almost 7 years of living, mummy had never called me difficult. With hurt feelings I rolled out of bed and ran to my mother’s room. I heard his name but I’d never seen this man before. Who was this stranger telling me what my mother said about me? As my questions poured through my forming tears mummy stopped me mid-sentence: “Mr. David is the man of this house now. If he says get up then GET UP!”

This was my introduction to my 2nd step-father. He stormed into the room I shared every other weekend with my older sister and demanded we clean the kitchen, sweep and mop the floor, wipe down the walls, wash the windows, clean our room THEN make our own breakfast. Literally a week before I had never heard of this person. I didn’t understand how he suddenly was in charge. When I asked these questions I was told that I was “too nosy for a child.” Needless to say, first impressions are lasting.

From that day forward my visits with my mother changed. Mum would pick us up from Grandma for visits, but when we got there Mr. David became the word and will of the house. He gave orders, and if we didn’t obey THEN my mother swooped in to reprimand us. When I sulked home to my Grandma at the end of the weekend she promised to talk to mum my about what happened on the phone. Thinking all was right I almost happily went for my scheduled visit at mummy again, I was greeted by Mr. David who told me: “your mother and I are tired of you giving reports to your grandmother all the time. You need to learn how to keep your mom’s business to yourself.” I began to dread my visits with mummy.

See Also:  3 excuses against working out that women need to overcome

Mr. David has a son who is the same age as my older sister. When the two of them hit it off I knew I was really stuck with him for good. Though I was the youngest, I tended to receive the bulk of punishments due to my insistence on questioning every direction, refusal to eat anything he cooked, and overall “not staying in a child’s place.” My sister and step brother never minded not having the tag-along to look after so they enjoyed when I wasn’t allowed to play. Because my mother no longer talked to me other than in anger, we stopped talking. I became a problem; rather than a daughter. And while family court protected me from corporal punishment (hence my precociousness) I was nonetheless tormented by the coldness my mother now showed me. To this day she remains cold. Family court may have separated us initially, but her obvious choice of a man over her child is the driving force that keeps us apart.

To those who are step parents or parents considering introducing a new person into their child’s lives, I implore you to be open with your children. They see more, hear more, and understand more than you’ll ever imagine; and we rarely forget. Perhaps my mother felt overwhelmed in her situation, perhaps if I were older like my sister and step brother my voice would have held more weight, perhaps I’ll never know. Do not ignore their questions. Do not make them feel they must choose a side in order to be loved and accepted. It sounds cliché, but such things truly are a recipe for disaster.

See Also:  Four Questions to Ask a Hiring Manager During an Interview

I often wonder how things would be different if I had been introduced to Mr. David as my sister had been. How I would feel if I didn’t have to compete for a parents’ love and that it wasn’t attached to a demand that I have affections for a stranger. I’ll never have that answer. But what I do know is this: from age 6 to 26, to this very day, I have never had a conversation with Mr. David. Quite frankly I have no desire to. When we speak, it’s either through my mother or through my other siblings. When I visit we greet each other with the same coldness I was greeted with as a child. I don’t see that ever changing

If you had a good/bad experience as a step-child or step-parent, what tips/advice/warnings would you offer others? What are some of the key differences, if any, you do/did expect from your step-parent versus your biological parent (if they were involved)?

tags: step children step father step parent
previous Why Chris Brown and Rihanna’s Relationship Intrigues Us All
next The Sensitive Side: 5 Reasons Why Men and Women Cry