Have Women Become Too Expensive to Date? 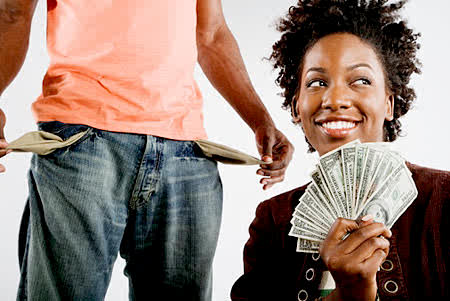 Let’s crunch some  numbers. According to the most recent Census data, the median paycheck for Americans is $26,364, which means half of Americans made more and half made less. If most women can’t see themselves dating a man who makes $26,000 or less, then we have our answer: No, the average man cannot afford a girlfriend.

“Women are becoming the men they want to marry.” – Gloria Steinem

I found this quote buried in a HuffingtonPost piece rebuffing the advice of a Princeton Alum who suggested that young women must find their husbands in college or else, because at no point in their lives would they ever be surrounded by so many college-educated suitors with bright, well-paying futures ahead of them. The original letter, which you can find here, ended up going viral and it received mixed reviews from both men and women. As it relates to today’s topic, there are two main takeaways…Click Here to Read More: Can Average Men Afford Girlfriends?

Rumor has it that these modern day women expect dates of $200, on average. Fellas, has dating gotten too expensive? Ladies, have you found it difficult to find a man that can afford to take you on a decent date? Speak on it!

previous The Sensitive Side: 5 Reasons Why Men and Women Cry
next Don't Embarrass Yourself: Simping goes social