While You Were Sleeping: CISPA and the Forfeiture of On-Line Privacy 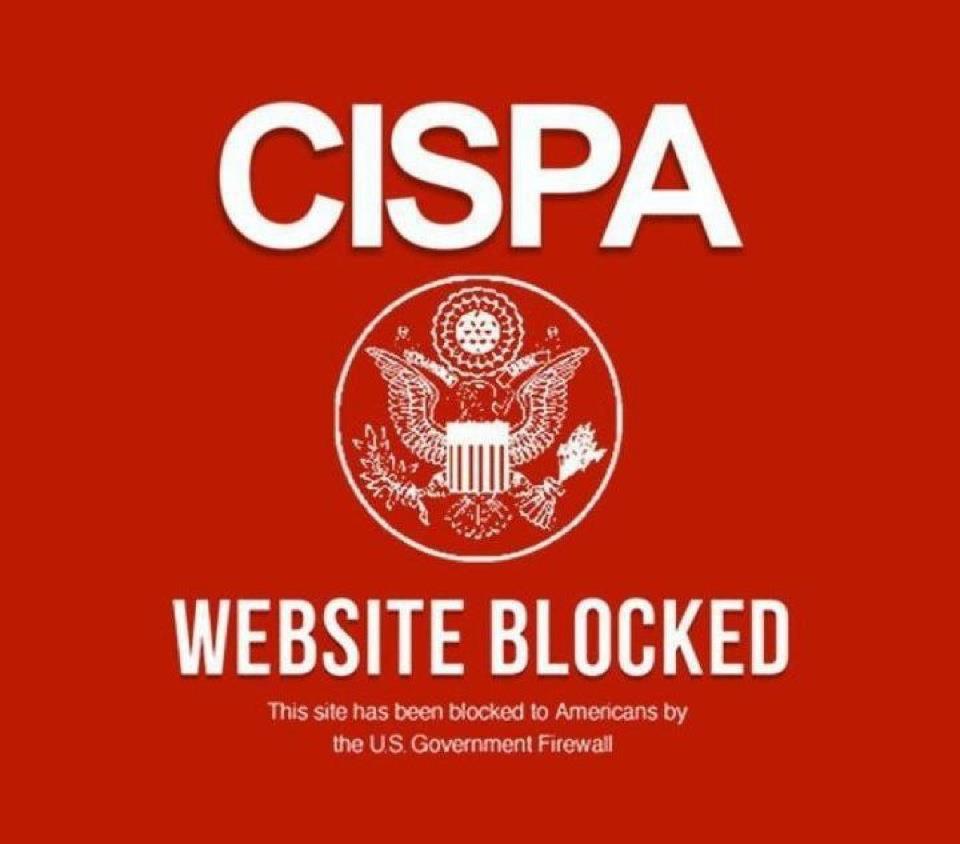 First and foremost, SBM’s thoughts and prayers are with those directly and indirectly affected by the recent Boston Marathon Bombing. Like many others, SBM is happy to know that at least one of the alleged fugitive brothers was taken into custody.

However, while the pursuit and eventual apprehension of one of the suspects dominated headlines since the day of the blast, Monday, April 15th, a little known, little publicized bill was moving through the “House of Representatives.” Perhaps coincidentally, while the majority of America was distracted by the pursuit of the remaining bombing suspect, the Cyber Intelligence Sharing and Protection Act (CISPA) passed the House on Thursday, April 18th with a vote of 288 for and 127 against. In total, 196 Republicans voted for the bill, with 29 voting against. Democrats were more divided, with 92 voting for and 98 against. Given the realities of the current political environment, this is actually one of the closest “bipartisan” votes made since Obama took office in 2008.

On the day of the Boston Bombing, it was confirmed two had died and it was estimated approximately 170 were injured. On this same day in Iraq, at least six car bombs and shootings took place that killed 27 people and left more than 100 injured.  Further, “there have been 53 publicly known attempted terrorist attacks in the United States since 9/11, and, of those, 43 have been categorized as homegrown plots, according to a government source.” This is not meant to denigrate the Boston tragedy by any means. Instead, it shows that terror is not limited to the borders of our country, but our country is one of the best poised to recover from what are, fortunately, very rare tragedies compared to others around the world. Rather than rushing to rash decisions and misguided fear mongering that will haunt us for years to come, hopefully we have learned from our past gut reactions in the wake of grave circumstances. Maybe this time we should do our best to ensure intelligent discussion and educated, in depth analysis of the facts occurs first. The hurried, shadowy passage of CISPA accomplishes none of these objectives.

Since most recent news headlines focused on the “background check” gun bill, which didn’t even pass the House, and (rightfully so) the Boston Marathon Bombing updates, many of you might not even know what is contained in CISPA. Despite the fact that this bill will effect exponentially more people than any gun-purchasing background checks bill ever would have, I failed to see a single major headline dedicated to CISPA until after the bill passed the House. You can read the bill in full through the Library of Congress’ website by clicking here, but YahooNews provides a more easily digestible summary in their article, CISPA, The Fourth Amendment and You:

Overshadowed by congressional action on guns and immigration is an Internet privacy bill that could affect most Americans, without them knowing it, on a daily basis.

CISPA is designed to let the federal government work with private companies to fight hackers and cybercriminals in and outside of the United States. As part of the effort to detect cyber threats, private companies could voluntarily share with the government data about Internet users.

The sharing could be done in “real time” as the cybercops try to defeat and track down the evildoers. Companies could also share data among themselves as part of the effort.

There are major drawbacks about the legislation, say CISPA’s critics. The privacy provisions for consumers, they claim, are vague or nonexistent. The government and companies can’t look at your personal data, such as medical records and tax returns, if they are part of the “data dump” that is shared in real time. But the law doesn’t require that companies excise, or edit out, that information in the transfer process.

Another criticism is that a warrant isn’t needed for the government to obtain that information. And companies that share your information won’t be held legally liable for sharing that information, a practice that seemingly conflicts with privacy policies on existing websites. – Source.

In addition, the HuffingtonPost stated:

The bill’s opponents shared their concerns with the White House in the form a petition, which received the 100,000 signatures necessary to elicit a formal response last month. They also submitted more than 300,000 online signatures to the House Intelligence Committee. – Source.

Editor’s Note: As of the date of today’s posting, SBM is unaware of any formal reply from the White House in response to this We the People petition to stop the passage of CISPA. Informally, President Barack Obama has threatened to veto CISPA in its current form. Additionally, the bill must still pass the Senate; the success of which is day-to-day depending on which “expert” you ask.

In the wake of the Boston Bombings, many will use this terrorist act as justification for the passage of CISPA. Similar claims were used after 9/11 to justify blindly going to war with Iraq to find “weapons of mass destruction,” which were never found, and to convince us that the passage of a number of governmental power grabbing and private citizen’s legal rights-reducing bills were needed, such as the Patriot Act (among too many others to name), which removed the right or expectation for trial if you are deemed a threat to the United States. Similarly, as is the usual theme, many of these bills were passed to “better protect” the American people; and all it cost us was the sacrifice of a few alienable rights formally guaranteed to us as citizens by the Constitution of the United States of America.

In fairness, many of us will live and die in this great country without ever being deemed an “imminent threat” or  searched by our government. The question remains whether we should all be punished due to the actions of a few who seek to do our country harm. Forgive me, it seems strange that the only way for us to ensure the freedoms that make this such a great country to live is for us to sacrifice those very freedoms. In respect to justice in this country, one of our most well-known quotes has always been, “innocent, until proven guilty.” Bills like CISPA suggest that we are all innocent, unless some anonymous government figure thinks otherwise. For a bill meant to assist the intelligence community, that logic does not seem very intelligent.

In times of threat, is the removal of some legal rights the only way governments can protect itself and its citizens? What are your thoughts on CISPA and similar privacy-removing bills that seem to develop and pass with more frequency when attacks occur on American soil? When it comes to private citizens, do you think the US Government has too much or too little power to investigate perceived threats?