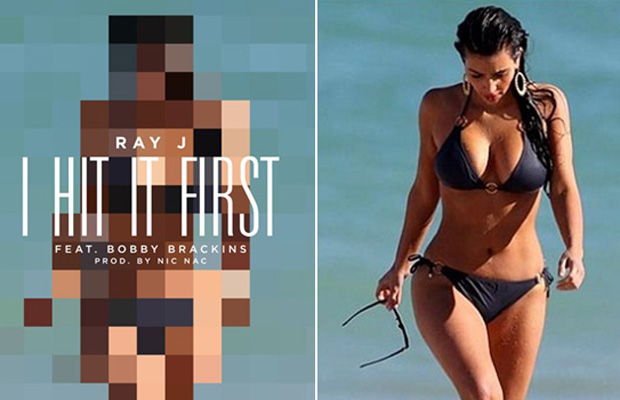 The moment we’ve all been dreading is upon us. Brandy’s Brother, Ray J, has followed-up his High School themed anthem, ‘I Hit It First,’ which SBM (with much regret) addressed here, with an equally wack video of the same name. The video, complete with Kim Kardashian and Raz B look-a-likes is somehow even worse than you might have imagined. Enjoy the video below for nothing more than the laughs or sadness that it will undoubtedly invoke.

Ray J, what you’ve just created is one of the most insanely idiotic songs I have ever heard. At no point in your rambling, incoherent, lyrically-lacking stylistics were you even close to anything that could be considered a half-decent song. Everyone on the Internet is now dumber for having listened to it. You had sex with a hot chick before she was well-known. So what? It happens. Everyone on Earth has moved on except you, sir. You may have “hit it first” but you are in last place. We would hate you if you were relevant enough to hate. Instead, may God mercy on your soul, Brandy’s brother.