Home Around the Web Chris Broussard, Political Correctness, and Staying True to Your Beliefs
Around the Web
Hot Topics
Other Stuff We Like
April 30, 2013 DarrkGable 101

Chris Broussard, Political Correctness, and Staying True to Your Beliefs 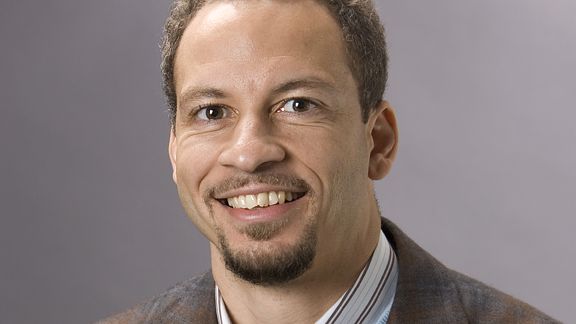 By now, most people have heard or read about veteran NBA player Jason Collins revealing that he is gay.  It’s only newsworthy because Collins is a current and not retired player, as John Amaechi was when he revealed that he was gay.  Generally, the news was met with congratulatory remarks and vows of support.  ESPN even did an Outside the Lines segment on the topic.

On the show, ESPN featured one of its senior basketball writers, Chris Broussard, and asked him to speak on the news about Jason Collins.  Broussard did just that.  However, what most of the media (including social media) zeroed in on was a 1 minute and 50 second clip of Broussard saying that the Bible, nor he, agrees with a homosexual lifestyle or pre-marital sex for that matter.  Except for the fact that we live in a politically correct climate, and anything that goes against the social tide is bad, this shouldn’t be newsworthy.

My personal feelings about Collins, Amaechi, and any other professional sports player, or random Joe Schmoe who might be gay is, “hey, it’s not my business.”  What that person eats doesn’t affect me one way or the other.  What does affect me is the lack of respect that Chris Broussard has been given based on his personal, spiritual beliefs!!!  The man didn’t come out and say he hates the LGBT community, thinks they all should burn in hell, or anything like that.  Granted, he did offer his own views on the topic; it’s debatable if that was…wise.  However, he is entitled to feel how he feels.

In any event, Broussard should be commended, not admonished.  He stated how he felt, and he has been consistent in those feelings.  How many of us would have the gumption to not waver, especially when we know that our opinions and convictions aren’t popular?  Further, what if we knew what we believe could put our employment in jeopardy?  Who can honestly say they are willing to deal with the possibility of being vilified for their beliefs? I’d like to think I would, but I’m not sure.

Another point of contention people will have is that Chris Broussard’s views are too traditional. Well my question is, “so what?”  Are his views any less correct just because he doesn’t see things the way society does? Society calls for tolerance of all views. The caveat is that those views have to align with the majority. That doesn’t seem very tolerant.

So what’s the answer? Perhaps we all need to take a look at what we really value and respect. If it’s all viewpoints and individualism, then society has a funny way of showing it. But, if it’s “group think” society prefers, then maybe we’re not as progressive as we’d all like to pretend.

tags: Chris Broussard homosexual jason collins nba player
previous Why It's Easier To Support Someone Coming Out of the Closet When You're Not Close To Them
next SBM Sports: Did ESPN Have it Right in Looking Past Jason Collins?