Here are the top news headlines that may interest you for Friday, May 17th, 2013. Read, be informed, discuss, and prosper. 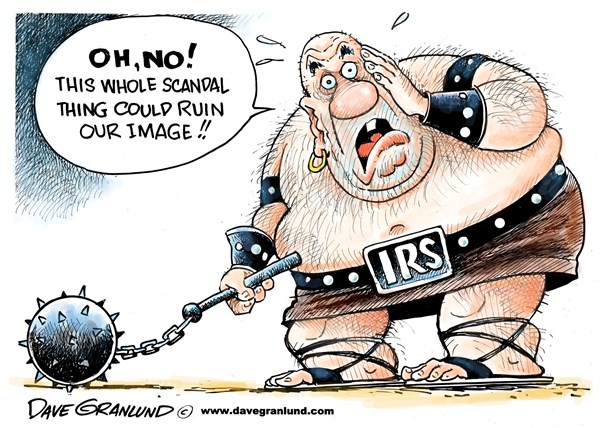 IRS Scandal “Lawmakers this morning accused leaders of the Internal Revenue Service of lying as they opened the first in a series of hearings about the agency’s targeting of conservative groups.”

Scandal Finale Re-Cap “The most intriguing thing about both seasons of Scandal is that everyone is a mess. Very few people have redeemable qualities, and most reveal a murky, sinister side more often than not. Last night’s finale was glorious, as the psychopathic, sycophantic, murderous, heart-attack-inducing personality disorders were on full display.”

Phil Jackson Compares Michael Jordan and Kobe Bryant “One basketball lover, however, has largely been reticent to compare the two legendary shooting guards — Phil Jackson, the man who coached Jordan and Bryant through their respective championship-winning, Hall-of-Fame-securing primes with the Chicago Bulls and Los Angeles Lakers.”

Should the Redskins Change Their Name? “Changing the NFL franchise’s name won’t go over well with diehard fans, nor will it reverse American history. But there’s no excuse for continuing to commercialize a racial slur.”

Yahoo Might Buy Tumblr for $1 Billion “According to sources at AllThingsDigital and Adweek, Yahoo is currently in talks to acquire social blogging giant Tumblr for up to $1 billion USD.”