Why Do Men Prefer Younger Women? 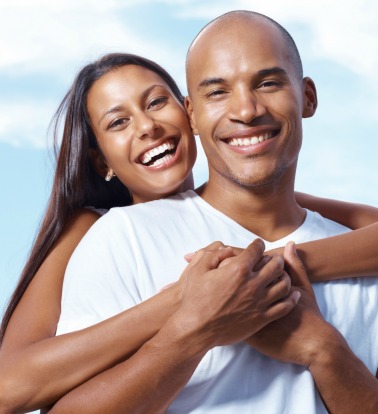 It didn’t have anything to do with their looks or their lack of baggage for me, it had to do with trust.

I recently told myself that I don’t think I’m equipped to date women my age and it wasn’t because I don’t think they’re beautiful or have a lot to offer. I’ve always been a fan of older women; I thought they knew what they wanted and how to treat a man. But in my experiences I realized that I just don’t trust them.

I’m going to turn 29 again this year and one thing I’ve learned is that, “[Women] be mother****** tripping.” I find myself in a barrage of situations where I think I’m on the same page as the woman and then next thing you know… she’s on her own agenda. It’s hard for men to cope with this reaction from women. We say, “Why can’t we just be cool and that just be it?” but that ain’t cutting it. I know we’re dealing with biological clocks but why is it so hard to be able to trust the words that come out of a woman’s mouth.

Well, I know why now.

It’s because no matter how hard they try and deny it, they want companionship. Not only do they want it, but they want it now. When you get to over the age of 25, you’re not going to find women who want to frivolously date, or “see where things are going.” They want to know now where things are going and where you think things are going to be in a short amount of time. When I was 23, I never imagined that I would be in a conversation about marriage within the first three months of a relationship. Those same civil liberties are not afforded to you when you’re in your late twenties.

I don’t blame them. At this point, we should be able to know if a woman is someone that we can spend the rest of our lives with. We’ve been playing the birds and bees for a long time now, we know when we mess up and we know what we should be doing in a relationship. However, for most of us men, we can’t do it. We’re not willing to let go of everything that makes us men so fast.

I told a woman the other day, that I’d rather bow out of dating because I’m not sure that I can trust the words that come out of women’s mouths at this age and she looked at me like I was bowing out of the game altogether. I wasn’t. I just felt that somewhere between the space when I said, “I like you and want to see where this goes” and “I’m ready to have babies with this girl” there was a chance for me to make sure that’s something I wanted.

See Also:  Resting on a legacy: where are the next black leaders?

I understand that clocks start ticking and that things are getting rough for some women out there, but I… matter fact, us men are all feeling the pressure of these women. We want to be in committed relationships because we don’t want to die alone, but we don’t want to be forced into situations that aren’t becoming of us. We’re trying, I’M TRYING, my best to put myself in a position to give a woman all of me. Faced with these decisions on the first or second date, I cringe. I cringe because I know that’s not what I want right now, it’s a goal and not a requirement.

I’ve lost faith because I think that time constraints and relationship pacts have ruined dating. It’s no longer organic but something that’s a calculated decision about will I date him or will I not. That’s not something I’m down for anymore. I’m too old for that. I just want to know that I can find a companion to spend my life with, not someone who is trying to meet a deadline.

tags: cougar older women why men like older women
previous I Never Stopped Loving Her
next Men Fall In Love Faster Than Women