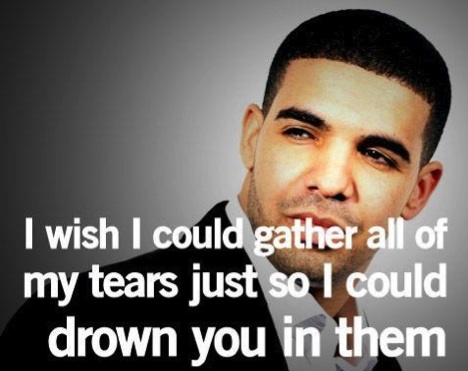 I recently read an article on (the sarcastically titled) BlackGirlsAreEasy.com called How to Talk to Women – a post offering advice to men on how to approach and talk to women – that contained a one-liner that caught my attention. Any dude who says he doesn’t know what he wants from a girl he’s known for more than 30 days is a liar. And it is also true that men fall in love faster than women.

It’s because no matter how hard they try and deny it, they want companionship. Not only do they want it, but they want it now. When you get to over the age of 25, you’re not going to find women who want to frivolously date, or “see where things are going.” They want to know now where things are going and where you think things are going to be in a short amount of time. When I was 23, I never imagined that I would be in a conversation about marriage within the first three months of a relationship. Those same civil liberties are not afforded to you when you’re in your late twenties.

I don’t blame them. At this point, we should be able to know if a woman is someone that we can spend the rest of our lives with. We’ve been playing the birds and bees for a long time now, we know when we mess up and we know what we should be doing in a relationship.

To the casual observer, it might seem like these two thoughts contradict one another, but they actually support one another. I’ve said for years – to the huffs, sighs, teeth sucking, and generally dismissive eye rolls of many women – that men fall in love faster than women. The race isn’t even close. (Supporting my own personal observations on the subject, a recent study also found that single men are 33% more likely than women to believe in “Love at First Sight.”)

My observations on men’s love!

In my observations, it doesn’t take men very long to figure out where a woman falls in his life. I have married friends, and I have friends that will probably never get married, but when I look back on all our years of combined experiences, it was always pretty clear which women these men were seriously and emotionally involved in and which women they were not. Further, this was evident early on or as BGAE stated above, about 30 days or less.

In contrast, many women will say this doesn’t mirror their experiences because they’ve invested time in men for months, years, or even decades who “still don’t know what they want” from a relationship. I guess anything is possible but that is not very probable. What makes more sense? A man who is perfectly capable of making hundreds of decisions each day is somehow incapable of making one decision about one woman at least one time? 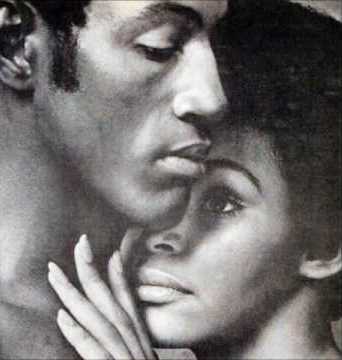 In fact, the absence of a decision is itself a decision. In other words, a man who doesn’t know what role a woman plays in his life is simultaneously deciding that the woman is not important enough to even determine a role for her. Honestly, this isn’t wrong as long as it’s clearly conveyed. Unlike women, most men decide they’re ready to be in a serious commitment then look for a woman they’re willing to commit to; whereas, women tend to already know they want a serious commitment before they even meet the man they’ll eventually commit to.

This is why it’s equally important for both women and men to know their own value so they can set the role they will (or will not) play in another’s life instead of having it dictated to them by the other person. Stated another way, if you want a serious commitment, there is no reason that you should be dating someone who does not. None, like at all. Whether they state it through words, actions, or inactions, there is no reason for a full-grown adult – loosely defined as someone over the age of 25 – to claim to be “trapped” in a relationship role or status in which they are not satisfied. This includes a lack of commitment for women and the friend zone for men.

See Also:  Who Decides What "Making Love" Is?

Woman……Decide what you should do!

Over the years, I have consistently observed women attempt to make a man they are dating and want a serious commitment from “see” their value. As I’ve gotten older, this has made less and less sense to me. For one, as I covered above, men generally know a woman’s place in his life very early on, and if he doesn’t know that probably means he doesn’t see a permanent place in his life for her. Further, his inability to articulate or demonstrate this through actions or words should be answer enough. If you want more from a man (or woman) than he is offering, his not offering it to you is usually not a reflection of his inability to do so more often than it is a reflection of his lack of desire to do so, which leaves you with two relatively straightforward choices: 1) Stay; or 2) Leave.

This is where I somewhat detract from Dr. J’s opinion. If a woman (or man) – of whatever age – decides she needs to know as much information about the progress of (or lack thereof) a relationship she should feel free to ask whatever she wants to know, whenever she wants to know it. Honestly, the type of men who shy away from conversations about commitment are usually: 1) men who are not looking for commitment, period; or 2) not looking for commitment from her, specifically. Therefore, it seems that a woman would have everything to gain and nothing to lose – aside from a bruised ego – from finding this information out as early as possible before she vests any more of her time (emotions and sex notwithstanding).

I’ve said this before, but the only women I’ve never committed to are women I didn’t want to commit to. If I’m being honest, there were times where I BS’d around the inevitable, because I knew the additional burdens and requirements an updated relationship status on Facebook entails, but I still knew long before the conversation came up what I wanted from most women who have entered my life.

See Also:  [VIDEO] It's Not About The Nail - Why Men Can't Understand Women Issues

If I didn’t know it from first sight, I surely figured it out within 30 days. Looking back on the few times when I wasn’t sure, I mistakenly thought I wasn’t sure because I needed to waste more of her and my time figuring it out. In reality, I knew almost from day one that nothing serious was ever going to materialize between us. I just didn’t have either the maturity, life-experience, or the courage to call it for what it was or was not.

Again, it’s possible that a man who isn’t looking for something serious will meet a woman that will change his mind, like all those Disney movies and romantic comedies women love; however, it is far more probable that a man will decide he’s ready for a serious relationship and then he will “see” all women differently. Eventually, he will meet and commit to one of those women.

After a certain age, I think all men are looking for a serious relationship, but although the two are not mutually exclusive, there is a big difference between a man who is looking for a date and a man who is looking for a wife. Women should feel free to determine which of these types of men they are engaging, because a man who is honest with himself should know which type of man he is long before she asks him this question. By this same token, a woman should know what type of woman she is willing to be in a man’s life, the type he dates or the type he marries, long before she asks. If my theory that men fall in love faster than women is true, then he should already know the answer anyway. If we’re keeping it real gentlemen, all women are really doing is asking us to share what we already know.

Do women or men fall in love faster? What allows men/women to fall faster? Do you agree with BGAE’s quote, “Any dude who says he doesn’t know what he wants from a girl he’s known for more than 30 days is a liar.”?

tags: commitment love Marriage Men Relationships Women young women
previous Why Do Men Prefer Younger Women?
next Being With Someone But Your Heart Is Elsewhere