Home Advice Is It Easier For Men To Say No Than It Is For Women?
Advice
Dating
Featured
Men
Women
May 22, 2013 Dr. J 7

Is It Easier For Men To Say No Than It Is For Women? 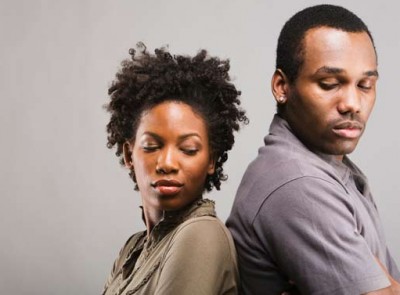 SBM Contributor RealGoesRight takes a stab at answer why it is that men find it easier to say no than women. It’s difficult to say either way in my book. I know that it took me a long time to get to the point of being able to say, “No.” Probably longer than it does most women. I do believe there is a faction of women who will always struggle with this. That’s why baby daddies, exes, firsts, and night riders will always stay in the picture for them, but that’s neither here nor there. Anyway, check out the article and read more after the jump.

Why Is It Easier For Men To Say No Than It Is For Women? by @RealGoesRight

When it comes to telling people “no,” it appears easier for men because 1) women don’t take kindly to rejection so they’re more hesitant to do the same to their friends, 2) women can be a bit irrational when thinking about the consequences of saying “no,” and 3) men and women tend to have different standards when it comes to friendships.

The “slight” difference between men and women.

Men and women have different ways of dealing with requests made by friends. When asked for a favor both will determine whether they will say yes depending on 1) how reasonable the request is and 2) whether they’re actually capable of carrying out the asked favor. Women, by nature, tend to be more giving and take the feelings of the person into consideration. Also, women generally tend to be more willing to go the extra mile, even if it means sacrificing themselves in the process.

As I talked about in my earlier piece regarding women and rejection, women don’t like being told “no.” This is a key point as to why it’s easier for men to say no. If a friend asks me for a favor that I either cannot do or have a reason not to do, telling him no isn’t seen as a rejection of the person. If a favor cannot be granted, it simply means that favor cannot be granted. For men, it’s possible that because we experience rejection more often (like when approaching women) we simply don’t have an emotional reaction to it. Furthermore, unless it’s a “life or death” situation, we’ll simply resolve to either asking someone else to do it or handling it ourselves.

The gates of hell will not open up because you turned down a friend’s request.

While discussing women’s internal conflicts with telling someone no, I’ve found that women tend to be a bit more extreme with respect to the emotional ramifications. Not to be sexist, but women seem to be far more likely to think of worst case scenarios when saying no. I’ve witnessed stress and belief that the gates of hell will open up and swallow women whole for rejecting a favor. Or, in a more realistic case, they believe it makes them a bad person for not being able to help. Life, and these types of situations, are hardly, if ever, that serious.

If you can’t help, you can’t help. If you don’t wish to sacrifice yourself every time someone asks to help, that’s perfectly fine too. There are a myriad of reasons to refuse to help someone, even if it wouldn’t take the effort to text a response. Whatever the case, men tend to take a far more pragmatic view on these decisions than women, which is why it might appear men have less of a problem saying no than women do.

Read the rest of this article here, as well as many other contributions on MadameNoire as a part of their “Straight from His Mouth” section here.

Do you think it’s easier for men to say no to women? Do you feel that sometimes men have an inability to reject or dismiss women when it’s needed? What about women, do you think that women struggle more with “saying no” than men? What are some of the reasons why?

tags: MadameNoire RealGoesRight rejection Saying no
previous Being With Someone But Your Heart Is Elsewhere
next Why can't HE just be my Friend With Benefits?