It’s Ok to Be Superficial 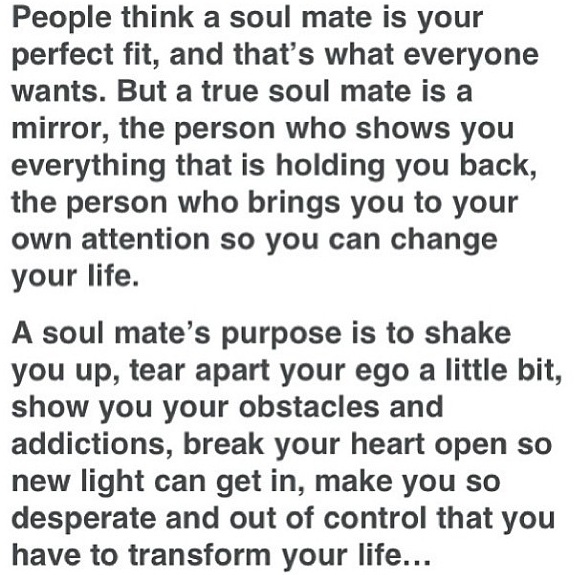 What does it mean to own your standards?

For a time, I got caught up in this #ToughLove Miami show on VH1, which inspired this post here. There was one episode when the host asked all the women to define their standards, and he used these standards to visually display the affect they had on the women’s dating pool. They started with roughly 50 men to choose from, and the host asked the men to sit down each time the women listed a standard they didn’t meet. By the time most women were done, most (if not all) of the men were sitting down.

I don’t say this to mean that women should have less standards or no standards at all. As I said in the beginning, it’s ok to be superficial; you can have as many or as few standards as you want. But, both men and women need to do a better job of owning their standards and the impact they have on their dating pool. Most people have never sat down and figured out what standards they are looking for in a potential partner. Even if they have, many people haven’t taken the next key step and figured out which of their standards is negotiable versus non-negotiable.

When you’re dating for the sake of dating (as men often do), honestly, standards don’t matter. When you don’t have much vested in the outcome, you don’t have much to lose. Mind you, I’m saying “dating” and not “sexing” – although many people (incorrectly) see these two terms as synonymous.

See Also:  The [Second] Worst Thing a Man Can Do To a Woman

However, when you decide you’re going to start dating with purpose – meaning you’re looking for one person, a committed relationship, or marriage – you should change how you approach dating. After all, if you’re dating with a purpose then there should be a purpose to who you do (or don’t) date. It won’t matter if you have 1 standard or 100 standards, if you don’t know which of your standards are negotiable or non-negotiable before you meet someone you’re interested in seriously dating.

I have a few friends, men and women, who do fine when it comes to dating. They have plenty of options and they’re never technically lonely. I love them to death, but they all make the same mistake. I recognize it’s a mistake because I’ve done it myself, numerous times. What is their consistent mistake?

He had an answer, but it wasn’t a good one. I’m not picking on my friend, because I know 100s of people just like him. In fact, his story is exactly why it’s important to have a negotiable and non-negotiable list. Frankly, it removes any excuse – because that’s exactly what it is, an excuse – you might give for dating a man or a woman you don’t see a future with. If you are exclusively dating someone that possesses a quality that falls on your “non-negotiable” list, dating them is a waste of both of your times. It’s also possible that dating them is a waste of your energy – energy that would be better spent looking or preparing for the person you claim you want in your life.

Every Standard Shrinks Your Dating Pool

While it is ok to have as many superficial standards as you want, you have to be mature enough to realize that each standard you have will (and should) shrink your available dating pool.

Gentlemen: If you’re a man who only wants “bad [female dogs]” because you have a self-diagnosed “f***king problem,” then you need to be man enough to accept that you will miss out on a lot of quality women who don’t fit these superficial standards in which you imposed on yourself. I’ve seen a lot of men perform extensive searches for wives in places like the gentlemen’s club, but when they don’t find one there they declare, “THERE AINT NO GOOD WOMEN OUT HERE! ALL THEY WANT IS MEN WITH MONEY!”

See Also:  Women Don’t Have a Monopoly on Heartbreak

You, my friend, are an idiot.

I’m 30 years old. Most of my friends are at or around this age as well. Frankly, assuming you want one, I can’t listen to excuses for why you can’t find a wife anymore. Whatever their standards, I’ve been telling my friends one simple quote for the past few years, “If you could…you would.”

After a certain age, you need to own the impact your standards have on whom you can or choose to date. If you want to talk about where to meet quality women, that’s one thing. If you’ve decided no quality women exist, you are wrong. This isn’t a debate. If the standards you’ve self-imposed on the dating pool has made dating so stringent or “impossible” to find a wife, then I’m 110% more likely to question your standards than I am to question the women available in the population, and I suggest you do the same.

Ladies: I didn’t forget about you all, but the message is the same. I have a number of women friends, and I love them all to death, but they have a habit of creating standards as if their standards/preferences have absolutely no impact on their dating pool. This makes less than sense.

More importantly, I’m not sure how many have truly sat down and differentiated between what they want in a man and what they need in a man – actually I’m pretty sure some think this is the same list.

I’m confused how a woman (or man) could ever know if they’re dating the right person if they haven’t even figured out what they want in a man (or woman) in the first place. As I said above, you are free to impose an unlimited amount of standards – that is your prerogative – but it does not exempt you from owning the affects your standards have on your dating pool. If you want a man who is “tall, dark, and handsome…plus educated, good job, and good [Richard],” that’s fine. It’s even perfectly reasonable. However, please realize that you are describing 10 – 25% of men in the world (at best).

I repeat: After a certain age, you need to own the impact your standards have on whom you can or choose to date. If you want to talk about where to meet quality men, that’s one thing. If you’ve decided no quality men exist, you are wrong. This isn’t a debate. If the standards you’ve self-imposed on the dating pool has made dating so stringent or “impossible” to find a husband, then I’m 110% more likely to question your standards than I am to question the men available in the population, and I suggest you do the same.

Keep in mind, doing what you’ve always done will likely only return more of the same. It’s easy to decide you want to change the results, the hard part is accepting some personal accountability for how you’ve gone about solving the problem. It’s funny how men and women are great at pointing out the problems with dating, but they’re not near as good at coming up with solutions. If we’re  honest with ourselves, we all know “the dating game” doesn’t change much between when we’re dating for fun and when we’re dating for purpose. The game doesn’t change, we do. Our expectations change and somehow dating becomes the common scapegoat. Instead, we should first determine what we’re looking for and then we can have a discussion on how to find it. Many people haven’t even defined what they’re searching for and yet they wonder why they’re lost.

It is bad to have superficial standards? Have you ever continued to date someone even though you knew they didn’t meet a non-negotiable standard, why or why not? Is dating without a purpose a waste of time?