Why the Miami Heat Deserve Your Shade 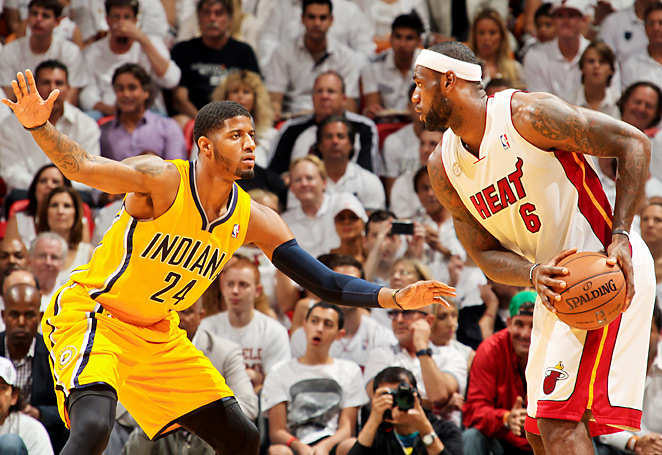 We are almost at the point where we have to accept that the Miami Heat will meet the San Antonio Spurs in the NBA Finals (which start on June 6th by the way). Since we basically know this year’s Finals match up, we should start cozying up to this reality.

If you’re new to my posts, you should know that I’m a Detroit Pistons fan. Blame my Dad. As such, I have no dog in this fight. I started watching the Eastern Conference Finals hoping for good, competitive games. During the first three games, though, I have become increasingly annoyed with the Heat. Here’s why:

Dwyane Wade is a horrible person –

Let’s face facts: Dwyane Wade is quietly one of the dirtiest players in the league. As one of a few dozen NBA Finals MVPs, he’s earned a bit of protection from criticism since his 2006 championship run. Behind this cloak of invincibility, Wade has committed some of the most egregious sins against public perception that you can imagine.

Kick a guy in the crotch? Check.

Break a guy’s nose in the All-Start game? Yup.

Dislocate an elbow with a dirty play (check the replay at :45)? Fa sho.

When you look at his past, it’s impossible not to realize that Dwyane Wade is kind of a d*ck. In Game 2 of this year’s series against Indiana, Wade hit DeShawn Stevenson with a fly-by forearm to the neck. Where did that come from?

See Also:  Why Andrew Hawkins and Derrick Rose are Winning the Month in Sports

I make fun of Knicks fans a lot, but how was this different than the elbow JR Smith threw at Jason Terry? That led to a 1-game suspension and Smith was never the same against the Pacers. Somehow Wade escaped with only a flagrant foul. One of the main reasons it’s hard to root for Miami is because Wade is such a douche. It’s not enough that he’s one of the best players on the court, he goes above and beyond by cheap-shotting guys and flopping like this:

Shane Battier is the most annoying guy in pick up ball–

In the same vein as Wade, this guy Battier has spent the better part of the first three games against Indiana on the ground.

I wrote about this a while ago, and Battier definitely falls in the category of John Q. Hustle, which is a shame because he used to be a skilled basketball player. Now, he’s the guy who has convinced himself that taking charges, setting picks, and flopping can replace actual basketball talent. Obviously, it can’t. And now I have to sit on my couch and watch Battier try to get in the way of every Pacer who enters the lane.

At one point, Battier was considered a great perimeter defender. Now? His best skill is standing as still as possible in someone’s way. How the mighty have fallen.

By the way, he kneed another man in the junk on purpose. Unforgivable.

I know the internet has pretty much taken this and run with it. So I won’t go into too much detail. I’ll just leave this right here…

There are some cool stories to root for on the Heat. Chris Anderson is a recovering addict who has seemingly put his life back together. LeBron James is playing the game on a level no one else can match. And Erik Spoelstra is a former Video Coordinator who worked his way up from “essentially-unpaid-nobody” to the team’s head coach.

The problem is, the more the Heat takes the floor, the more these less-cheer-worthy stories grab my attention. I’m not even anti-Heat, and I’m ready for Indiana to move to the Finals.

What about you? Have you picked up on any of these annoying aspects of the Heat? Would you rather see Indiana or Miami play the Spurs for the title?

Let me know down in the comments!