This week, various SBM writers will reflect on what Father’s Day means to them as the children of fathers or as the father’s of children. I haven’t been blessed enough to become a parent, yet, so I’ve decided to share a post dedicated to my father for Father’s Day. I hope you enjoy. Please also share your thoughts on your father, fatherhood, or parenting in the comments below. 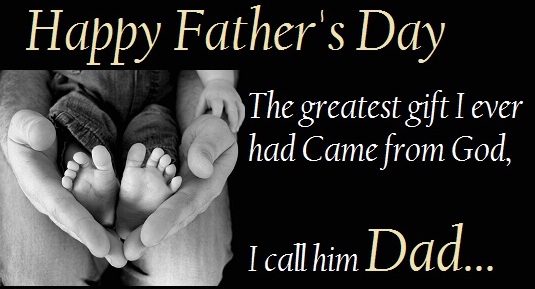 I spent most of this weekend trying to figure out what I was going to write about. It didn’t even cross my mind to write a “Father’s Day” post. It is not because I take my father for granted, but I simply view his actions as standard. After all, it is all I’ve ever known.

Do you know what my father asked for on Father’s Day? Nothing. Do you know what he’s asked for the 27 years I’ve known him – nothing. And yes, most times I get him nothing, as requested, but I owe him everything. I hope on some level living the life he raised me to live in the fashion he raised me to live it is the only gift he ever really wanted.

I am not a father yet, so I don’t know his true motivations. However, I am a man; therefore, I have thought about fatherhood. Even in just thinking about it, I’ve already panicked myself, on more than one occasion, about if I’ll be a good (or hopefully great) father to my children. Will I be there for them every time they need me, to provide, to care for and love them to no end? Will I be able to instill in them the principles and strength they’ll need to be successful in life? Will I be able to teach my sons how to be men and my daughters (LORD, PLEASE NO!) how to distinguish the few good men from the bad boys in men’s clothing?

See Also:  That Kid Ain’t Mine: Why Men Deny Fatherhood

If I can’t, it’ll be my own fault, because I was definitely blessed with the fatherly version of The Prototype. Let me not mislead you into believing that my father is the epitome of perfection. He’s nowhere close. Nevertheless, often the few flaws I observed over the years only made me respect and love him more. In realizing he was human, I didn’t lose respect for him, I gained more. At times, I even became envious. “If he isn’t a superhero, how does he accomplish so much?” I would sometimes wonder through childish eyes. Even as a man, I still find myself reflecting in disbelief.

Although he has given the eloquent speeches, both in our home and on national TV, I don’t remember my father being a man of many words. Rather than talk about it, he was about it. He proved that actions speak louder than words and that a man’s word is his bond. If you say you’re going to do something, do it. When you do it, don’t seek praise for it – you were only doing what you were supposed to do. Thus, his resume is littered with professional and personal accomplishments: married 30+ years; Bachelors degree; Masters degree; Director, twice; Chairmen of the Board; 25+ years at the same company – and as a side note, he retired and went back, twice. He’s like the Bret Favre of the corporate world. Without even trying, he set the bar tremendously high for the man I need to be, and should be, given the man he showed me I can be.

As I wrote about before, my father was diagnosed with lung cancer. If he was ever panicked, I never saw it. Instead he worried more about the family not worrying about him. My father stared down cancer the same way most people stare down a hissing kitten, and he brushed it aside with the same lazy resolve you might exert in moving that cat out of your way with your left foot. Weeks later, a quarter of his lung now missing, he strode about more annoyed than weak because he couldn’t work or do chores around the house with the same amount of energy. I asked him about this experience once. He looked me straight in the eyes, and in the same tone you might use to describe what you had for lunch on Tuesday he told me: “Just seemed like another one of life’s test.”

If I remember correctly, he went back to work about 15 minutes later. I imagine I’ll still be reveling over that quote 15 years from now when I’m retelling it to his grand-kids at bedtime in a dramatically themed tone: “and then do you know what your Grandfather said to your father?!?”

I could (and will for my kids) go on for days, if not years, on how great a man my father is to me, but I will spare you so you can return to appreciating the various fathers (or just as important, men who played father-like roles) in your own lives.

On his day, this Father’s Day, you won’t catch me sending my father balloons or having a fancy dinner. I won’t send him an ugly tie he doesn’t like but will accept with a smile and wear with bravado because his son gave it to him. However, I also refuse to take him for granted for everything he’s done for me. Instead, I offer him the unending love, respect and appreciation of his son. That’s all he’s ever asked for – without even asking for it – and he earned it, without being anyone other than himself.