What Do You Want More — The Title or The Relationship? 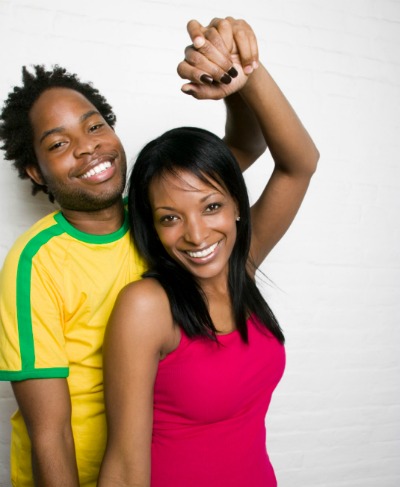 In college, we built strong bonds with people; some of which are translated romantically. The nature of your relationship with someone really depended on whatever medium the two of you meet. When I say medium I am referring to an agreement or compromise. To be clear; relationships and titles were two totally different things.

Were you engrossed in the feeling and validation of a title? I.e. being a boyfriend or girlfriend — or do you appreciate a companionship more? The truth is, back in college, there were many people with titles on their relationship so that others could define what they had. It gave you a sense of security if you were not sure what you meant to someone.

Titles offer validation, some authenticity; just like a title on a car or deed on an apartment. By no means am I against the institution of a relationship between a boyfriend and girlfriend, but such relationships must be forged in the right spirit. You want both parties to be willing and able to contribute the way that they should.

Does that mean that if you have built something with someone it goes down the drain simply because there’s no title? I don’t think so. I did an article for my college newspaper a few years back, I asked around and one person told me, “No matter the circumstance I wouldn’t simply rush into a new situation, I would still have to build something similar to what I may potentially leave.” I have trouble understanding people who are in love with a title rather than a relationship. The title seems to have an allure, but less emphasis seems to be placed on the finer things. Nate is someone else whom I interviewed who did not like the fact that he felt women pressured the title issue, and hated the feeling of being rushed. I remember asking a sophomore named Jasmine and she simply said, “Most women want a title after a certain period of time.” A reason for that could be what sophomore Shanel said, “Most women just aren’t comfortable with a guy they’re talking to dealing with many others.”  I think if you’re being respected and enjoying time it should be just as good. I am more geared towards companionship than anything else.

Look at it like this, when you buy a house you’re now called a home owner. And with that, people give you the glory saying, “Wow, you’re a home owner”! It sure feels good to be called that, but what people don’t see is the amount of effort it takes to upkeep a home. For instance, you have to heat potentially two or more floors, you have to take care of landscape, you have to pay insurance, you have to hold down the mortgage, and you have to clean the house. Let’s say for argument’s sake that you’re just someone who rented out a nice apartment. Your list of responsibilities greatly decreases, now you pay your rent, and utilities, while your basic needs are still covered. This isn’t to say you won’t be a home owner one day, the potential of that remains in tact.

It takes a whole lot of effort to make a title situation work. It feels great to be called a boyfriend or girlfriend. It’s great to share in that whole realm of happiness. It’s something both parties have to be able to really bring value to. For the relationship to work out the way it should (work out well), it has to happen organically.

Are you obsessed with having validation, or obsessed in being in a genuine relationship? That’s my question to you, because before you jump the gun pressing the boyfriend or girlfriend buttons, take a look at what you do have and see if it’s really worth giving up. You have a situation in which you have many of the amenities titled relationships offer. The difference is just some of the responsibilities.

Titles are not always what they seem and if you put relationship first you’ll begin to see what the foundation really is. In my opinion relationship should be placed first, and people will always want to question what’s going on. It makes sense that you define it yourself. Try to set up standards that both of you will agree to and don’t get caught up in the title game. I promise you there are people in title situations that aren’t as happy as someone you took time to build something solid. What’s more important to you?

How many of you all have struggled with this sort of situation? I think both men and women relate to it from both angles. The mentality I presented was just of a devil’s advocate. If someone feels they can’t be all that they would like to be with you as yet, how would that effect things. When deep feelings are involved a whole lot of ish just isn’t as clear as you’d like them to be.

There was a time when this was a struggle for myself. This was my best illustration that I could give. I encourage you to share your story.

What wins when it comes down to titles versus relationships?

These are my words, and I make no apologies.

tags: college stories damn pops Guest Post titles vs. relationships
previous Does a Woman's Relationship with Her Father Affect Her Relationships?
next Do Women Need To Do A Better Job Controlling Their Emotions?