7 Things About Women I Learned From Watching My Father 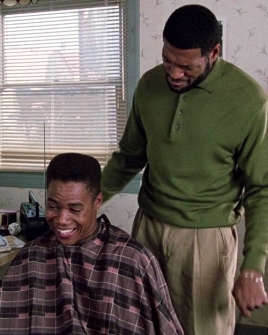 I wasn’t really planning on writing a post for Father’s Day or anything like that. I’ve already written a piece not too long ago on the cyclical relationship that we all have with our father. Just a quick note to follow up on that, when your parents start reaching retirement age you soon realize that you’re just as much a part of their retirement portfolio as 401 and IRA are. I tell people all the time, I didn’t really have a whole bunch of talks with my dad that were specifically focused around life events. There wasn’t really a need to have a conversation about the birds and the bees in my upbringing. I think, “Use good judgment” was the message my dad always preached and it pretty much applied to everything I would encounter in life.

When it comes to women, I’ve always been observant of the way people handle women in their life. One thing I’ve learned over the years is that women are one of the few necessary evils on Earth. Not to say that women are bad, but it’s just that you have to take the good with the bad. Admittedly, I bet they think the same thing about us.

In the spirit of the week here at SBM, I decided to do my post on the seven things I learned about women from simply watching my father.

You’ve always got to keep an eye on when exceptions turn into expectations. I give the example of the flowers on Friday rule – if you bring home flowers every Friday for years, the one Friday you don’t your lady will be like, “Where are my flowers?” There’s no expectation in relationships that women get flowers every Friday, but once you start turning an exception into a habit, it quickly becomes an expectation. The more things you allow women to expect out of you that are outside the normal duties of a man, the more complicated your life becomes.

See Also:  The Key to Staying in Love

2. Women don’t need to know everything

Women want to know everything about their man, they also want to tell him everything about themselves. They call this two becoming one. Well, if it ain’t two Spice Girls becoming one of my girlfriends, there’s just some stuff that we don’t need to both know about each other. I remember I got a new job once and my dad told me straight up, “Tell her you got a new job, but don’t tell her how much money you make.” That was maybe two or three minutes before I was about to send the text with all the details from the offer to my girlfriend. I didn’t and I realized why later. Women will spend your money before it even hits your bank account.

Guilty as charged. I’ve had two girlfriends who while we were together either I bought or they decided to get a dog. (Might I say, you really know your place in a relationship when you live with somebody and they ask you if you’d like a pet, you say no, and then they bring a pet home anyway.) Nonetheless, my dad always stressed not to purchase pets in a relationship that wasn’t marriage. You see that’s a commitment that you shouldn’t be making until you know it’s going to be a long term thing. Both people in the relationship build bonds with the pet. Believe me, when it doesn’t work out she’s getting the dog. (Consequently, your first lesson in custody battles will happen at this time too.)

4. Always be a man of your word

I’ve always said that right or wrong a man has to follow through on his word so that the people around him know they can believe in his word. Sometimes being reliable is better than always being right. As a man, you should make a decision and execute a plan. Along the way, you may be informed of a better route or an alternative, it might be best to stay the course. I’ll tell you right now, women will value a trustworthy, reliable idiot over a whimsical, indecisive genius any day of the week.

See Also:  5 Questions To Lead You To Happiness In Love

5. You don’t always have to speak up and be recognized

Sometimes in relationships people feel the need to tell each other of the good they’ve done. It’s better to establish a reputation for getting things done rather than the things that you have done. I always noticed that my father just went out and made things happen behind the scenes, he didn’t need an announcement or acknowledgment.

6. Learn the difference between sacrifice and compromise

This is a big one. Men have to learn when they’ve compromised or sacrificed because the two are not the same thing. When you compromise you accept that things will not happen exactly how you would have liked for the greater good. When you sacrifice you accept that things will not happen… period. When you sacrifice the things you want, they’re gone. You can’t expect to get those things back later. When you compromise you take a loss in the present and hope that you get a win in the future. Women aren’t going to be the ones to tell you which one you are doing when you are doing it. That’s 100% on you to figure out. You want to go back to school, but because money is tight you have to go part-time … that’s a compromise. You want to go back to school, but would have to move the family to another city to do, so you decide not to go… that’s a sacrifice.

See Also:  The Beauty Complex - One reason why women hate each other

I guess the second best thing my dad showed me or told me outside of “use good judgment” is that in the end I’ll always be okay. A lot of men overreact to life events along the way because they don’t realize that everything in this world is cyclical and most likely will happen again. I’ve had a few breakups that people at the time thought, “Damn Jay, what you gon’ do now?!” I always reply, “I did it before I do it again.” That’s a Diddy line right there, and it’s so on point. I never respected a man who got down on himself because of his circumstance, the main thing is if you can have life and health then everything in the end is going to work out. That’s how men can risk it all, lose it all, and not sum that up to be the end of their life but the beginning of a comeback.

That’s all I got. I got much more from my dad along the way. He taught me a lot about how to find the good ones and avoid the bad ones. That’s not really all that important to right now, but thought that I should mention. What are some of the things that you alls Pops taught you about women? Anything good that I might have left off the list? I know that most of this week has been the more introspective and sentimental approach to the Father’s Day Week of posts, so I ended it on a more relationship and lighthearted note.

(I know you read and send to all your coworkers, never mentioning it to me until a random phone conversation we’ll have in the future.)

tags: father's day lessons learned list posts
previous Do Women Need To Do A Better Job Controlling Their Emotions?
next Why Do Women End Most Relationships Before Men?