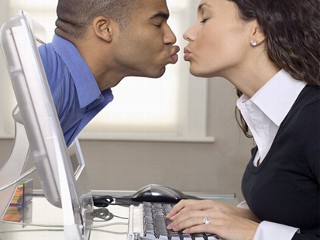 Today’s guest post is from a writer from across the pond. I’m sure he thinks Americans are <redacted>, so be sure to prove him wrong by showing him some love in the comment section below. LOL! Welcome today’s post from Ian Forrester. Enjoy!

I live in Manchester, no not Manchester Alabama, Georgia or anywhere in the states. Manchester in the United Kingdom or England. Yes, SBM has gone slightly international but fear not the reason why I talk about Manchester is to give some context.

Manchester is famous for many things but two lesser known facts are:

Now I’m not gay or even bi-sexual but dare I say it, some of my friends are gay (which isn’t saying much living in Manchester). A trip to the coffee shop or a bar is full of surprises. Who has not heard of the likes of Grindr? Grindr is/was extremely popular with the urban single gay males and it seems highly effective in meeting other people.

You could see this as a digital wingman of sorts or a step on the way towards a technology assisted dating/hookup depending on what you’re actually after. Before you get on your high horse, suck in your gut and say, “So sad some people need this…” Just two things to remember:

A little bit of help can go a long way and fellas there is nothing wrong with a little assistance once in a while (now breath out and say it with me).

If you’re anything like me, you’re wondering where’s the heterosexual version?

Well, that’s a good question. There are a number of mobile apps on the market and they all promise to assist you with your dating/hookups.

The real question behind all of this is, do they actually work? Or are they just too creepy for woman to get involved?

Proximity based dating takes tech assisted dating to another level. Maybe too far?

“Have you ever heard of someone saying yeah we met on Blendr!”

“She was sitting there staring at her phone trying to make out my features. I was leafing through her vital stats… Then every once in awhile we would look at eachother then back at our phones.”

I have to admit I have had personal experiences with OkCupid’s mobile application, but they haven’t resulted in anything really happening, especially their blind date app (but that’s a story for another day).

The closest example was when I was sitting with friends in a street festival. At the time, proximity based dating apps were all new and Gridr was still an underground phenomenon taking no prisoners as it made its way through the gay communities. We talked about the beta feature and decided it was interesting but who knew if it was actually any good? On the other hand, OkCupid’s app was tied to the dating site, so tapping on someones face took you to there full OKC profile, handy to avoid all those potential bunny boilers and woman in the need of a father.

Anyhow, a woman with striking ginger/red hair popped up. Being at a street festival, there were a lot of people around but that shade of ginger was unmistakable. As I showed my friends and debated if I had really seen her or not, there she was across the street.

Roughly 6ft tall with her 4 inch heal’s, long ginger hair and that punk rock style which oozed through her profile. But what was she doing? She was laughing with her friends pointing at the phone then looking in my general direction. I sent her a wink, but mobile phone coverage with everyone in tightly packed into a street festival is generally rubbish at best, so who knows when she would get it. Maybe the next morning, you know what it’s like on New Years sending messages to loved ones.

If I was half the person that I was now, I would have approached her and her friends. Heck it’s an odd introduction and boy oh boy would it have been a little weird if she was actually looking up someone else on her phone. Then again, we could have had a good laugh about the fact and who knows what could have happened?

So, is there a future for proximity based dating? I doubt it, I see it going the way of Bluetooth dating or toothing as the youth call it here. There will be rumours and folk laws of people who hooked up on trains, trams, the underground and the coaches. You only have to scratch around the gay communities to hear frankly outrageous stories of hookups and ever so brief encounters. But in the heterosexual world, I think there will be more myths of a friend of a friend who once hooked up with a hottie between the carriages of the Virgin train going to London from Manchester. The stuff of 50 shades or total nonsense, but then back to reality.

See Also:  Does Having a Significant Other Make You Better?

Technology can and will assist in all types of ways including meeting other people. But ultimately, you have to be willing to follow it through (you can only lead a horse to water). Its really important to think of these technologies as only assisting; they are not foolproof. Your Google Glasses might be screaming at you, but you’ve still got to do the talking… but heck what do I know?

Tell me I got it all wrong… Add a comment below.

What do you think about the potential for proximity based dating apps? What success or failures have you had with on-line dating?