Home Featured Men Are Intimidated By You Because…
Featured
Rules of Engagement
June 25, 2013 TheSUNK 47

Men Are Intimidated By You Because… 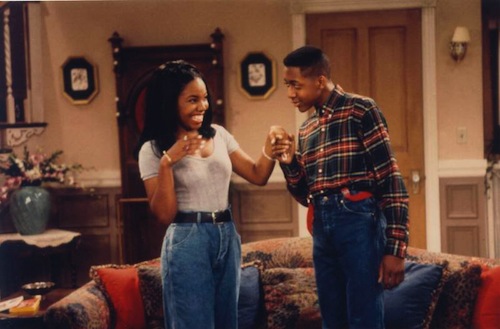 There are women going around saying confidently that, “Men are intimidated by me.” It’s true, some men feel intimidated at times, but moreso by the thought of rejection than the actual woman. When a man approaches a woman, at that particular moment in time, she becomes a symbol of rejection; we (men and women) all fear rejection. That’s natural. However, it doesn’t make sense to believe that every person of the opposite sex is utterly intimated by you… Here are some of the goofiest reasons women say “Men are intimidated by me”:

So men are intimated by you because you are business-oriented and you know how to get to the bread? Please, not at all. Let’s get this money together. Let’s be a power couple and show ’em how it’s done. Let’s have a family and find bliss in the security of financial stability. You make more money than me? That’s fine, because money doesn’t dictate a relationship; love does.

So men are intimidated by you because you’re tall? I don’t know about the men you date, but me and my boys like a tall amazon. Over here, we know that when we lay down we’re all the same height. Who doesn’t like a tall, eloquent woman? Don’t wear flats when we go out and don’t make up excuses, put on the tallest heels you have, because that doesn’t threaten a real man’s manhood.

See Also:  From Elegant to Elephant: When Your Woman Gains Weight

You have short natural hair and brothas only like a certain type of woman? Child please… Weave is OK, we already know how men feel about it. However, short hair isn’t at all intimidating or unattractive. Have you heard of Nia Long, Halle Berry, what about the beautiful Kwentonza? All of these women are beautiful and men all around the world would shoot their best shot to date them.

So you’re smart, intelligent, and college-educated? That’s beautiful. Intelligent women make better lovers anyways. Teach me something new and let me teach you something as well. Tell me what you’re passionate about. Lay in the bed with me and share your aspirations. Just don’t be a know-it-all; nobody likes a know-it-all, male or female, that fact isn’t even gender-specific. Just go with the flow- if there’s an opportunity to teach, then teach. Share knowledge and let’s make one another better.

So men are intimated by you, because you have a healthy sexual appetitte? “Man, I’m going to break up with my girl man, she just likes to have sex all the time” or “I can’t approach her she’s just too damn sexy.” ~ SNME=Said No Man Ever. Men aren’t intimidated by the fact that you like to have a lot of sex. They (as in those other guys) only get intimidated when they feel as though they can’t satisfy you and that’s completely normal. Men and women both feel like that sometimes. The goal is to get to know one another sexually; instead of playing roulette with your sexual partners.

See Also:  8 Things That Happen When Your Significant Other Finds Out You’re Still Friends With Your Ex

6. Because I Approached Him

SAY WHAAAA…. Do you know how difficult it is to approach someone you’re interested in? Difficult enough. Harder for some, easier for others. If you approached a man, you’re my God Damn hero. Make moves and get the man you want. I find it hard to believe that you can find a soulmate only based on the people that approach you. What about the others that you wanted and may have wanted you as well, but didn’t notice you peeping them? You both missed out. The only men that women that approach men intimidate are those that simply aren’t attracted to them.

7. Because You’re Powerful and Opinionated

You speak your mind and you’re a strong woman. You say men only like women they can dominate? I call “bullsh*t”. A genuine man wants a strong woman to build a family around. A genuine man wants a woman that will correct him when he’s wrong and help guide him when he’s off track. My point being that some women’s intentions are good, they just don’t know how to get the message across. Here’s how to dominate a man in a subtle way that he’ll be open to receive.

Beautiful and radiant women attract men, whether he’s approaching to pay a simple compliment or to pursue you. If you proclaim to your friends in joy that  “Men are intimated by me” it might speak volumes about what type of woman you are. It’s not cute…

Has a man ever admitted to being intimidated by you? Have you ever met a guy that intimated you?

TheSUNK or “the Sh!t U Need 2 Know” is the social media coordinator for SingleBlackMale, he’s also a native of Chicago and a current Howard University student.

tags: are intimidated by me Men woman with a degree women with money
previous Skin Deep: 5 Thoughts On The Dark Girls Documentary
next Why You Need to Move on If He's Not Making You Happy