The SBM Sports Recap of the 2013 NBA Season 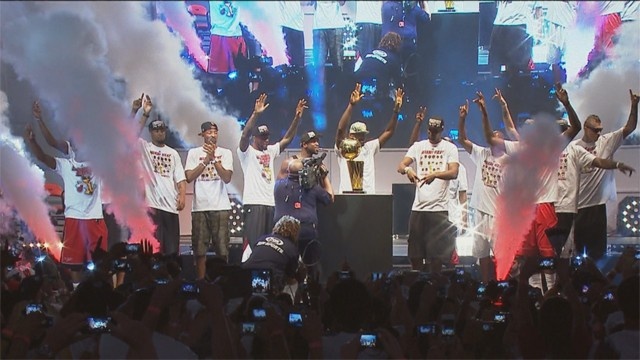 Heat Haters almost had reason to celebrate, but in the end, LeBron James, Dwyane Wade, and the rest of Miami had the last laugh for the 2013 NBA season. In the moments after their Game 7 championship win, I thought about how close it came to going the other way. A majority of the postgame analysis centered on James, undoubtedly the biggest and most interesting star in the Finals, but how strange is it that James’ legacy benefitted so much from others?

In Game 6, Manu Ginobili and Kawhi Leonard missed key free throws, and Ray Allen made a miracle three pointer. In Game 7, Shane Battier caught fire, and Tim Duncan missed a shot that’s usually automatic in the closing seconds. And somehow these plays change how LeBron goes down in history? 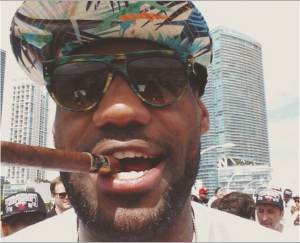 This season more than any other has changed how I look at James (and all great players) historically. I get why James felt like he had to leave Cleveland. His situation in Miami is better in almost every way. He plays with two all-stars (one of which is a close friend) in an offensive system that compliments rather than burdens him. And the results – two championships and almost assured title contention – speak for themselves.

So regardless of how those shots by Ginobili, Leonard, Allen, etc. had turned out, we saw James prove that he’s the best player in the league over 105 games through the regular and post season. That should be enough to cement his legacy. A few random bounces in an incredibly close NBA Finals shouldn’t cloud a hundred games of evidence. Here’s hoping the last seven games of the season introduced sports analysis to common sense.

The Heat weren’t the only story to come out of this marathon NBA Playoffs. Here’s what else caught my eye:

The Spurs went out as well as anyone could have hoped.

From their first NBA title in 1999, to 2013 when they were just seconds away from another ring with the same core, the Spurs have been a model for all franchises in how to remain a title contender. Even after admitting they were “devastated” with their Game 6 loss, the team bounced back and took Miami to the wire again in Game 7. An amazing performance under the circumstances.

I’d be quick to write the Spurs off except that they always seem to figure out how to stay in the championship mix. Maybe Kawhi Leonard will take a leap offensively, maybe Tony Parker can fully take the reins and lead the team back. I wouldn’t rule anything out.

We saw flashes back when he was in college, and in Madison Square Garden, but Curry’s performances in these playoffs built the legend even more. Feel free to text/tweet/email/carrier pigeon me anytime Curry starts hitting shots. I’ll definitely stop what I’m doing. Hopefully the Warriors keep talent around him because Warrior playoff games hardly disappoint.

What do the Lakers do now?

Well, that was an unceremonious exit. (Remix here)

Four ho-hum losses to the Spurs signaled the start of a new chapter in LA. Whether this will be the Dwight Howard Era remains to be seen. But even if it is, how far off are they from legitimate title contention? There are some glaring holes at power forward, small forward, point guard, and (for the first time in forever) shooting guard…with no cap space until 2014. The Lakers are another team that has been great at doing what is needed to stay elite. They might need to pull a rabbit out of a hat this time though.

Overall, this was a great NBA season with a great 7-game Finals to cap it off. Basketball fans get to have some fun this Thursday with the draft, then just a few short months until the NFL kicks off.

See Also:  Why Nobody Talks About the Side Dudes, and More

What will be your lasting memories from this season? Did LeBron’s performance during this second title run change your impression of him? Hit the comments and let me know!