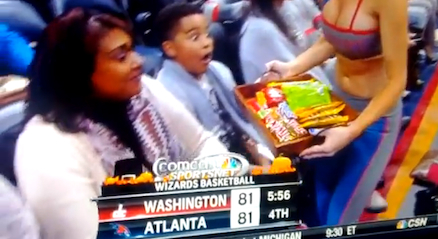 Just waking up in the morning, gotta thank God, I don’t know but today seems kinda odd…and it probably felt odd because the first headline I came across today read, “Your Gross Face Shape is Probably Ruining Your Chances of Finding Love.” Ready your helmets, because your mind is about to be blown! An excerpt from the article:

Is the shape of your face ruining your chances of finding life-long love and therefore happiness and a satisfactory life? Some British scientists found that the shapes of women’s heads are correlated to whether men consider them desirable for short or long-term relationships.

According to the study’s authors, men “may actually prefer less attractive/feminine women” as long-term partners, because they say this might boost confidence regarding fidelity. People have also made this argument about women.

In conclusion, science just proved that when it comes to long-term relationships, men don’t like attractive/pretty women after all (and apparently, some women prefer  less than top-tier handsome men, which SBM wrote about here). As an added bonus, this might finally end the debate on why handsome men continuously sleep with  less than physically desirable women and seem rather content to have children with aesthetically-challenged women.

On a serious note, I’m not particularly surprised by these findings. As anyone knows, I like starring at pretty women as much as the next man (see my Instagram follows for an expansive list of #SuperficialFollow recommendations, fellas), but there are some women I wouldn’t approach or marry based off their physical appearance alone. I usually attributed this to the fact that they look like more trouble than they’re worth. I don’t need those kind of problems in my life. Frankly, I make romantic judgments based on women’s physical appearance – looks, clothes, and other – and based on my admittedly biased, pre-conceived, uninformed assumptions, I draw conclusions – sometimes without ever talking to the woman I’m making judgments about. The only difference between yesterday and today is now I have science on my side. Put it this way, if I see two women of relative equal attraction standing side-by-side and one looks like she enjoys only the finer things in life and one looks like she simply enjoys living life,  guess which one I’m going to approach? Before placing your bets remember, “but I’m not a rapper.”

Enough about me! Share your thoughts on this study in the comments below.

Fellas, have you ever found a woman “too pretty” to marry? Has a woman’s physical attractiveness, clothes she wears, or accessories she does or doesn’t have on ever counted against her?

Ladies, do you think this study is accurate? Do you believe your looks or the looks of some extremely attractive friend you know have actually caused men not to see her as a potential long-term partner?