Home Featured The Corleone Theory: What The Godfather Can Teach You About Every Man You’ll Ever Meet
Featured
June 27, 2013 The Mighty Most 33

The Corleone Theory: What The Godfather Can Teach You About Every Man You’ll Ever Meet

As a child, watching Francis Ford Coppola’s cinematic classic The Godfather and its sequels was a rite of passage. The men in my family forced me to watch them long before I was ever really old enough to understand them, and over time – they came to hold a particularly special place in my heart. One of the tangential benefits of having watched these films dozens of times has been that I’ve come up with this theory … The Corleone Theory. The Corleone Theory is the idea that every man you’ll ever meet in life is either a Vito, a Santino (Sonny) a Tom Hagan, a Fredo, or a Michael.

As a man, knowing which one you are can be useful in all facets of life — from how you approach your career to how you deal with stress, to how you relate to your family. For men and women, the ability to categorize the men you know and meet through this lens can be super helpful when deciding what kind of role you want the men you meet to play in your life (No Hibbert). 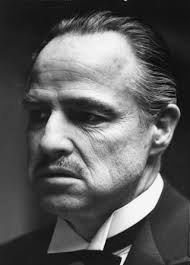 In The Godfather, Vito is the family patriarch. He’s a builder. His primary focus is the preservation of family through whatever means that might require. Having lost both parents at a young age and having traveled alone to America, Vito seeks to carve out a substantial niche for himself and his family. Likewise, in real life, a Vito believes in family and values his ability to shape it. Relationships with those not of his family never go further than the extent to which their interests coincide with that of the family’s. With family, he’s a nurturer, seeing the best and worst in those he loves. He works to bring out the best while gently mentoring to subdue the worst. With all people, he is a great judge of character.

Ladies, for these reasons, Vitos make great mates, the best option for building a family. Vitos are too loyal and disciplined for infidelity, too loving for physical abuse, and too good at leading to do a whole lot of arguing.

Typical Occupation For A Vito: Entrepreneur

Best Type Of Woman For A Vito: A Strong, self-motivated but submissive or at least deferential, nurturer. 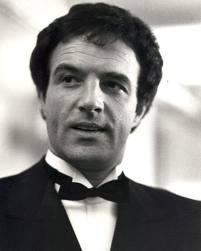 For a Sonny, the combination of a lethal temper and uncompromising self-confidence create a highly effective leader with an underlying volatility that will always jeopardize everything he touches. He, like Vito, values family and is fiercely protective of it. He is also highly emotional and his actions will often be emotionally charged. This means in relationships he loves hard and will always put, what he determines to be, his mate’s best interest before his own, particularly when it comes to her safety. However, because so much of him is emotionally charged, he’s predisposed toward arguing, fighting and infidelity.

Best Type Of Woman For A Sonny: An existential one. One capable of going to her happy place during his emotionally charged rants and raves. She needs to be stable, understanding and willing to look the other way sometimes. 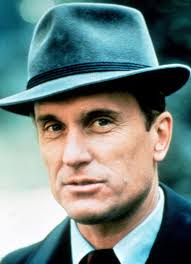 Best Type Of Woman For A Tom Hagan: One who’s already had her fun. 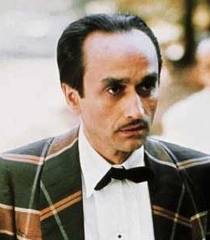 A Fredo is the poor, kind-hearted soul who for reasons he can’t ever figure out, can never do anything right. Try as he may, he’s perpetually prone to failure. His lifelong ineffectiveness does not escape him. He realizes it and, over time, stemming the tide of consistently losing can eventually consume him. This is when he’s most dangerous. When his desire to be great surpasses his typical trepidation he’s prone to disastrous decision making. Otherwise, he’s harmless. He works hard at keeping up appearances, ever afraid that the world sees him the same way he sees himself: as a failure. In relationships, this self-consciousness bares itself out in how he treats his friends and mates. He’s caring, worshipful and forgiving. He’s also needy, attention starved and he always… always suspects infidelity on the part of his significant other.

Best Type Of Woman For A Fredo: A Motherly One. 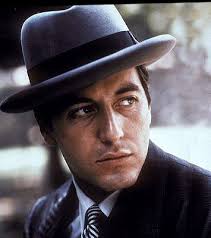 Michael is the most enigmatic of all of the characterizations. A Michael’s primary motivation is to accomplish whatever he sets out to accomplish and he is highly effective in doing so. He has very little emotion and whatever emotion he does have, when displayed, is done so sparingly, thoughtfully, and for the purposes of eliciting a desired response. He is calculating a cunning, and his ability to set aside feelings in favor of logic can sometimes come off as cold or indifferent. Michael values family, but not the way a Vito does; not as something to experience and love; a Michael values family the way one values an heirloom. He values it as something to cherish, protect, maintain, and most importantly — own.

With a Vito or the rest of the guys it’s “the family” with a Michael it’s “My Family”. For women, a Michael is the most challenging type of man to be with. He will love you, but he will also compartmentalize you. You will be in a box, and you will have limited access to his true thoughts, feelings, and inner machinations. He will value your emotions and opinions, but only to the extent that they allow him to manage you. He’ll subtly but surely mold you into what he desires while doing his best to be what he thinks you need. Whatever he has is yours, unless you mess up gravely, at which point, he’ll forget you ever existed.

The best type of woman for a Michael: Whomever he chooses, when it’s all said and done, she will be what he desires.

So here’s where the fun begins.  Fellas, do any of these descriptions fit you?  Look across your crew of friends, can you pick out which they are? Ladies, have you dated any or all of these types – how did it work out?  Do you find you attract or are attracted to one in particular?  Let us know in the comments section below and check out more SBM blogs.

tags: Film love Men Relationships The Corleone Theory The Godfather
previous An Anecdote Of A Sloppy Cheater
next I'm A Black Woman -- Unmarried Without Kids