Why Nice Guys Finish Last And Always Will 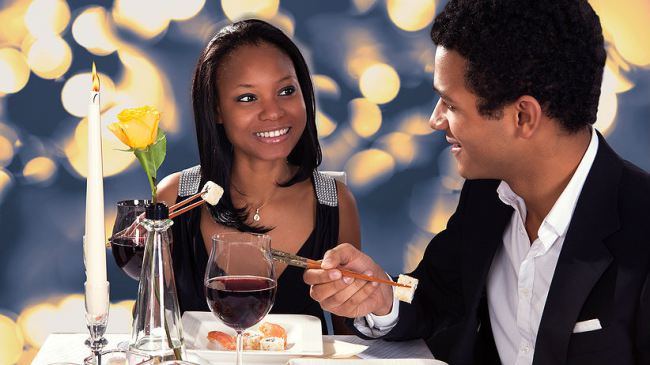 So let me say first, hoping that I’m speaking/writing within some invisible, online no-judgment zone, that I have dated every flavor of thug — the sensitive thug, the angry thug, the quiet storm (just like WBLS in every way) and after a period of being young and dumb, I decided to get it together and search for a nice guy.

Of course, this took a lot of self-reflection, reading, praying and drunken nights with my sister circle but soon I started dating “nice” guys. These were educated dudes who came from two parent households, with good jobs and 401Ks, who liked to go to Red Rooster and Harlem Tavern and any number of other hipster locations for people of color, where we eat filleted shit and pureed shit and talk about what he does, which is being amazing 24/7.

So why did I find myself nicely sneaking out of second dates with nice guy after nice guy?

So, I’m going to share a little wisdom, perhaps explaining why some of you have been finishing last, with this nice girl and probably a slew of other pretty fabulous chicks, as well.

A thug will tell you he wants you within the first five minutes of meeting you.

It will be clear that you are of value and he would do any number of things — legal and illegal, right and wrong— to prove to you that you’re worth hanging onto.

A nice guy…has other things on his plate.

And don’t get me wrong, I want my man to do all this. I just want to know I’m at the top of the heap.

If you’re looking for a relationship with me, when I say my train hasn’t come for an hour and I’m stuck in Queens, you don’t tell me you’ve got a big project in the morning, you throw on your basketball shorts and you come get me.

If you’ve ever watched a chick flick, they’re all pretty much the same.

Guy kind of falls in love with girl, life gets in the way, they reunite somehow and the time is right, he gets it together and professes his love to her andddd… BAM! happily ever after.

The part of that that’s complete fiction and bullshit is the part where this wonderful woman is still single after you waited to “reunite.”

If she’s worth it, she’ll probably have moved on to someone who can tell her how important she is up front (see #1). So, don’t be a jerk about it but tell her, as kindly, genuinely and as soon as possible. If you’re really a nice guy, she’ll take notice.

They’re dejected guys who want an excuse for their lack of success in relationships. That was harsh but hear me out.

They’d rather turn into the assholes they despise (and kind of admire) in an effort to meet women, or get over being dumped a few times, than sticking to the character of their convictions and be good guys.

They’re also guys who will probably get dumped over and over again if the kindness they show women is contingent on whether or not a large volume of women like them… Because that’s just not nice.

There’s no such thing as success in relationships, so you might as well get over rejection.

I learned this after I spent my sixteenth birthday laying on my bed, looking at my hand-me-down phone, wondering if it was broken or if the guy I gave my number to at that party just wasn’t going to call. Of course, it stung. Almost ten years later, rejection still stings but I buck up and I let it go.

Truth is, if it doesn’t work for one party, whether or not that party is you, it ain’t working.

Your journey to a relationship is like getting in a moving van with the intention of moving to a new city. It’s all well and good that you stopped in Indianapolis but if the point of your trip is to move to LA, it doesn’t really matter if no one there liked you does it?

It also doesn’t matter if it takes you four weeks to get to LA. If you could afford a plane ticket to Indianapolis or you could take weeks to drive cross country to LA, would you just cop the plane ticket and move there because it would be faster?

…. Yeah, finishing “first” in the relationship “race” is just like that.

I recently went on a date with a man whose name I won’t mention, who was an incredibly successful ad guy, went to top schools for both his undergraduate and post-grad degrees and took me to a trendy little restaurant where he helped me pick my wine. We shared a cab home instead of walking or taking the subway, even though it was about 20 blocks there. He told me I was pretty and smart a bunch of times, he paid. He made me laugh.

Yeah, it was a nice date but he wasn’t a nice guy. He was a polite guy with money, who was going to have the cab driver drop him off first. He was going to leave the anonymous driver of the anonymous town car with the responsibility of seeing me into my apartment, when the anonymous driver isn’t the one trying to test out a relationship with me.  He also could have walked the 20 blocks with me, enjoyed the night air and my company, gotten a legitimate hug at the end of the date.

See Also:  5 Things I Love About Being Married - From a Man

He talked about his job all night. He gave the stank eye to our waitress every time she approached the table. If you can’t even be polite to the people who serve your food, that’s the first sign you’re acting when it comes to me.

I’m happy to know he thinks I’m pretty and smart but I felt like I was applying for a job and he was checking off qualifications. He didn’t ask me a single thing that would prompt a story about my life or experiences. So though, I had a nice pricey glass of wine and a nice cab ride home, I kind of missed my ex at the end of it all. The kind of parochial guy who would’ve taken me to my door and laughed at my story about tripping up the stairs in sandals that were too big, or that time I killed a bug on my forehead and didn’t notice all day.

My longwinded point is this—relationships are about compatibility.

A woman wants to feel like you genuinely want her and would do anything for her—but you can’t fake the funk. It’s not a race or a competition— it’s a stage in your life, so take your time and do it right.

Don’t be a “nice guy.” Be your kind, genuine, wonderful self and take the time to meet your match.

Celeste is a single, black female New Yorker. A Syracuse University alum, she has returned to the big city to be a writer. Celeste has written for TheRoot.com, The Jersey Journal, Waterfront Weekly, and is currently the executive editor of Ocaelo.com: The Blog Collective for Metropolitan America’s Young and Colorful.
Twitter: @ocaelo | Blogs: www.celestelittle.com and www.ocaelo.com