The BET Awards for this week in Pro Sports 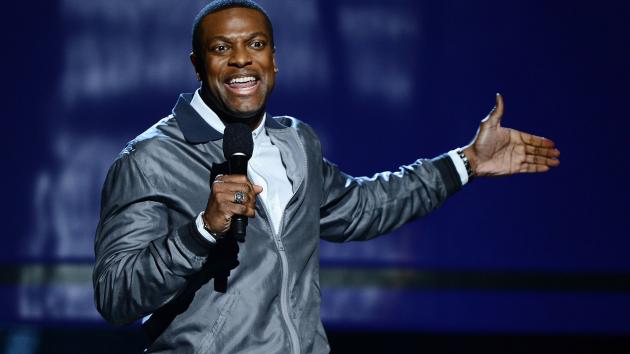 Usually the time between the NBA Finals and the start of NFL training camp is super-boring for anyone who isn’t into baseball. Instead, there were seemingly endless headlines across a variety of sports that each took their turn atop the Twitter trending topics. How else to break everything down than ranking them based on Sunday’s BET Awards?

Without any further ado, the winners are…

The question isn’t if Patton was drunk, but how drunk. She stammered through her teleprompter lines before having the mic taken from her…twice. I’m not a huge fan of her acting, mostly because she acts in movies like she acted on stage: like the a-little-too-drunk friend you have to babysit when you go out. Clearly Patton is too pretty. Most other people have been shaken by the shoulders and told to “calm the f— down” at some point. Beautiful women get away with this all the time.

Her “performance” perfectly represents the Dwight Howard free agency tour. Howard, who most recently played with the Los Angeles Lakers, started the courting process by meeting with the Houston Rockets over dinner. In total, Howard will meet with about a quarter of the league before deciding where to take his talents next season. He will spend a little time with each team, declare each one his favorite afterwards, then pick a team based on who sucked up to him the most. Hopefully he figures it out soon; watching him twist in the wind for the second straight season is annoying. 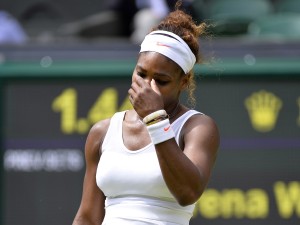 Look, Mariah is one of the greatest singers ever. Can’t say that enough. But her performance was a singing shot of Nyquil. Whether she was lipsynching or not, she just…stood there giving a desert-dry performance.

Serena Williams, and almost every American tennis player in Wimbledon, have to share this award. On the Men’s side, American tennis has taken a backseat for a while. Our women have fared better recently, but Williams’ early exit might signal the tide turning on that side as well. Serena is 31, which is a relic by tennis standards. So Sloane Stevens has the juice now. Let’s see if she can reclaim some glory on our behalf.

I don’t think hosting an awards show is easy, and no host has proven me more right than Chris Tucker. After a decent start, Smokey slowly devolved into a dumpster fire by the show’s end. The impersonations that all sounded the same, telling us he was “wasting time,” then doing so horribly, the just-as-bad scripted jokes…all bad. Again, this is not an easy job, but Tucker seemed like he wasn’t trying about halfway into the show (probably the same time the check from BET cleared into his account).

Obviously the Aaron Hernandez murder arrest was the worst thing to happen in sports this week. This was a case so outrageous it completely overshadowed another arrest of an NFL player for attempted-murder. Since it has been covered to death, I won’t go into too many details. Whether Hernandez committed the murder of Odin Lloyd or not, it’s clear he had something to do with it. Hopefully the friends and family of Lloyd are soon able to recover emotionally. There really aren’t any positives to this story, so we’ll move on.

Clearly this (probably NSFW), these (less SFW), and this performance (completely SFW) are the only palate cleansers for the Hernandez story. I’m glad Wilson had a chance to get some shine. The heir to Nate Dogg’s throne as “Hook Singer Extrodanaire,” Wilson led the show’s best performance of the evening. Erykah Badu and Meghan Good did what they do: sing well, walk away from the camera, and…I guess be pretty in Good’s case. All together, they easily highlighted the show.

The only sports story from the week that can stand up to these are the Blackhawks championship celebration. Working in downtown Chicago, I’m obviously biased, but it was so cool to see the entire city rally around the NHL champions. I mean, just look at this picture. If you’re a sports fan, you have to love that. 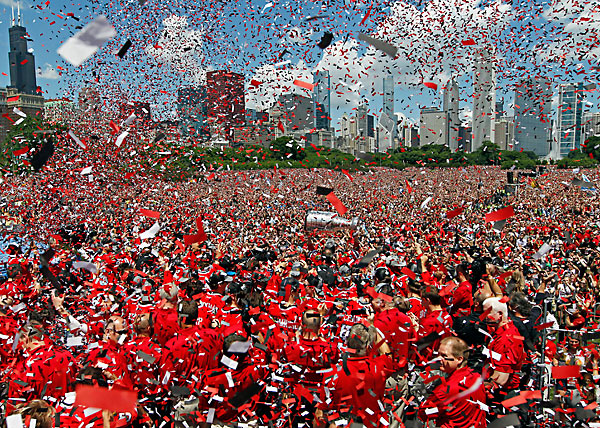 That wraps up an eventful week in sports. What did you think of these stories and the BET Awards? Were you higher on Tucker’s work as the host than I was? What else caught your eye this Sunday?