The Inconsistencies In How We Give Men and Women Advice 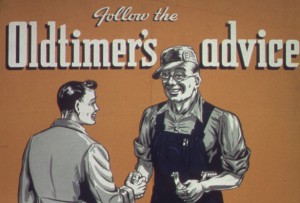 Last week I wrote a post entitled The Ridiculous Expectations Black Men Black Men Place On The Sexuality Of Black Women. In the post I discussed the various ways in which Black men shame the sexuality of Black women and how this trend seems to be spreading via social media. The post received a decent amount of feedback across social media platforms from men and women alike. One comment that stood out was from another writer for this site, Dr. J. The following is his comment to my post:

“The problem with this post is that it’s going to give chicks a blank check. It’s really not a matter of the ridiculous expectations we have on women, it’s the lack of expectations we have on men. Anytime someone says, “Men can do it, but women can’t—that’s not fair.” I always counter with, why is the solution that everyone should be able to do it instead of telling men to stop doing it?

Listen man, I’m telling you right now, people ask women to do all types of freaky things in the bed, and then judge them for how they react. But a brother makes a girl squirt on the first time and she asks not a question at all.”

Dr. J and I don’t always see eye to eye in regards various topics that we cover here at Single Black Male but I agreed with this one 100%. Not only did I agree with it but also it started a train of thought about where we as men don’t hold other men accountable for nearly enough. Starting with introspection, here at SBM we cover a multitude of topics with most of them centering on relationships and the interactions between men and women. I wouldn’t be lying if I stated that the advice given is focused towards women.

See Also:  25 Things Every Black Woman Should Know How to Cook

“The top ___ reasons why no man will ever be interested in you.”

“Your personality sucks because…”

This is not just a trend seen on SBM but most relationship sites and books are catered to women and how women can best find and/or keep a man. What I scarcely see evidence of is of men giving advice to other men about how to get or keep a woman. I hardly see posts or books that chastise the shortcomings or wrongdoing that we know a lot of men commit and when I do see these blogs/books they usually garner little interest. Part of this has to do with men not reading blogs at the same rate as women do and that men really don’t want to take advice from other men when it comes to relationships. We tend to think we know everything that there is to know.

Dr. J’s comment made me think of my father. Most fathers take pride when their sons start to become interested in girls. They love that their sons are “chips off the old block” especially if his son is a ladies man. Although I know differently now then I didn’t. My dad was something of a rolling stone but he wanted better for his sons because he knew how much stress and strain that could put on our future relationships. To prevent us being like him at first he preached focusing on our studies and not girls. When we were finally old enough to date (according to him) he stressed that we should become one women men. I’m not making the argument that I’m this awesome guy because the advice my father gave me somehow life changing or that my father is even that great of a guy.

What I do know is that one of the common goals men and women have when it comes to relationships is for them to have more ups than downs and more happy moments than sad ones. One of the ways in which this can happen at least on the male side of relationships is for males to hold other males accountable. Its easy for a man to tell a woman how to function in a relationship but it’s a whole different beast giving another man constructive criticism because that would involve looking at yourself as well.

Have you noticed that there’s a discrepancy in the type of scrutiny we give men versus the type of women when it comes to handling the opposite sex?

tags: Advice for men and women inconsistency tunde
previous She Wants A Strong Black Man! Is That Weird?
next Do Men Really Mind Spending Money On Women And What Are Their Expectations?