What Happened to First Dates? 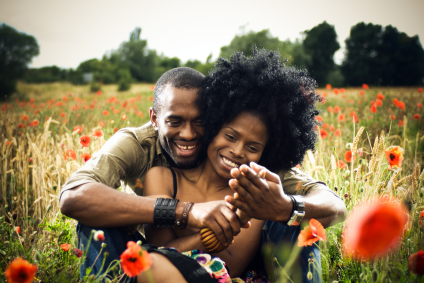 I was at an event where I ran into some old classmates. I found myself in a great conversation with one of the guys I knew. And after some drinks and laughs, he asked me out on a date. Actually, his words were more like, “We should hang out sometime.” Even though I internally gave him the side eye, I agreed and we exchanged numbers. Later during the week he texted me (didn’t call), and we made plans to hangout downtown. The location was to be determined, but we picked a popular area and decided to take it from there. We continued to text during the week, and decided to go out the following weekend. Once the night came for this “hangout” I got all jazzy and was really looking forward to continuing our conversation from the previous weekend.

I get downtown and walk into the spot we agreed on, I see dude in the corner…. at a table with his boys. If you could imagine a blank stare at anytime, that was the time. Despite my intuition to leave, I go over to him…and his homies, and ask him to go chat. During the chat he explained that he thought I was going to bring my girls, and we were all supposed to have drinks and chill. I just looked at him. Then, I walked away. That non-date was over.

I can’t understand how he thought us agreeing to “hangout” was the same as establishing a group date. There’s a small part of me that wouldn’t have even been mad at him if we had actually agreed to bring the homies, but we didn’t. It was at that moment that I wondered what happened to dates? Don’t people have some type of organized face-to-face interaction anymore? I know there was a time when a guy who was interested in a woman would muster up enough courage to ask her out to dinner. I thought there was supposed to be an unspoken order of things that started out with a pleasant “hello” and ended with a walk to a woman’s door at the end of the night. I know that times are different now, but doesn’t it seem things are getting a little too casual?

See Also:  How Can Women Avoid The Friend Zone?

It’s socially acceptable for men and women to “hangout,” and the formality of dating is a thing of the past. I think both women and men equally play their part in the current state of dating. Women do a good job of being comfortable with causally hanging out and don’t require men to put forth a whole lot of effort or show demonstrable interest. Men know that they can spend minimal time with women or invite a woman over to watch movies, and she’ll usually be cool with it. I’m not saying there is anything wrong with a redbox date, but not for date number one. Men stop asking, and ladies stop saying yes.

The purpose of dating is to get to know someone who you have some type of romantic interest in. This should take effort. Both parties should know what is going on, and it should be obvious what direction you’re moving towards. I obviously missed that memo since I ended up on a group date and didn’t know it. Men will argue all day about how spending money and taking women out on dates is a waste if they don’t know they’ll get something in return. I’m not saying what that something is, but let’s just say they are looking for a return on their investment, which I get. Nobody wants to waste time or money. I just figured if you are a man and genuinely interested in a woman, why would you be opposed to taking her out and showing her a decent time? If something comes from that then great, and if not, at least she knows that you’re a good guy that knows how to show a lady a good time. With the Internet making it so that people are just a click away, sometimes relationships are established before anybody starts physically dating. Social circles bring people together, friends introduce other friends, and maybe dating and getting-to-know-you opportunities aren’t as crucial as they used to be. A casual hangout and some intense gchat encounters could be all that’s needed, who knows?

See Also:  Revenge Of The Scorned Lovers: 5 Reasons Why Destroying A Cheater's Possessions Is Wrong

What do you all think? Do you all still go on dates? Has the art of dating lost it’s way?

For more of Keita and her tactful opinion check her out on twitter @keitathejedi or at www.keitawheats.com.

tags: dating relationships dating woes first dates
previous A New Twist on an Old Problem: The Friend Zone Should Inspire You to Improve Yourself
next SH*T HAPPENS (A Story of Gratitude)