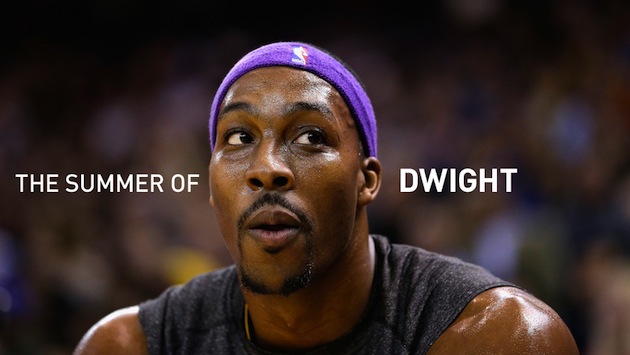 Here we are again with Dwight Howard. Seems like yesterday I was writing the Lakers into the Finals after they had traded for him. Now it’s time to weigh the impact of his departure from LA and arrival to Houston.

Just like LeBron James in 2010, Howard was the prized free agent in this year’s class.

Just like LeBron, Howard is a ring-less superstar facing questions about his character and legacy.

Just like LeBron, Howard’s handling of his “decision” was ill-conceived and bordered on ridiculous at times.

But it’s the differences between the signings of James and Howard that are most interesting:

Laker fans are incredibly well-adjusted or in denial.

Methinks it’s closer to the latter.

Cavaliers fans and (infamously) the team’s owner collectively lost their sh-t when LeBron went to Miami. Surprisingly, the reaction from Laker fans ranged from “meh” to “good riddance.” 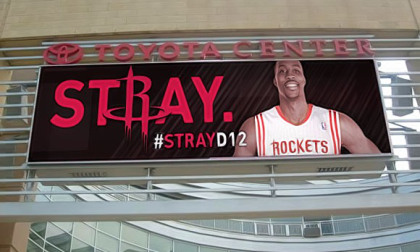 And that’s fine. The season will play out in a few months, and we’ll know how well the team was able to move on.

Looking at it objectively, the Lakers lost the best player on next season’s opening day roster (Assuming Kobe is human and won’t be healthy by then). Howard, with a full offseason to recover from back surgery, will be better than he was last season…a season in which he led the league in rebounding. That’s a big loss for a team that wheezed to the seventh seed in the West last year.

See Also:  A Quarter Season Recap: The Best of Times and Worst of Times in the NBA

The Lakers are looking at a lineup of Steve Nash, Jodie Meeks, Metta World Peace Ron Artest, Jordan Hill, and Pau Gasol for at least the first third of the season. I’m putting that team firmly behind the Clippers, Spurs, Thunder, Rockets, Warriors, and Grizzlies in the West. I don’t think Chris Kaman moves the needle much either.

While Laker fans try to talk themselves into a competitive team this season and LeBron James next season after The Decision 2.0, I’ll offer this dose of reality: the Lakers are looking at another 7th or worse seed, and LeBron James is not walking through that door.

Dwight has “his team” again. 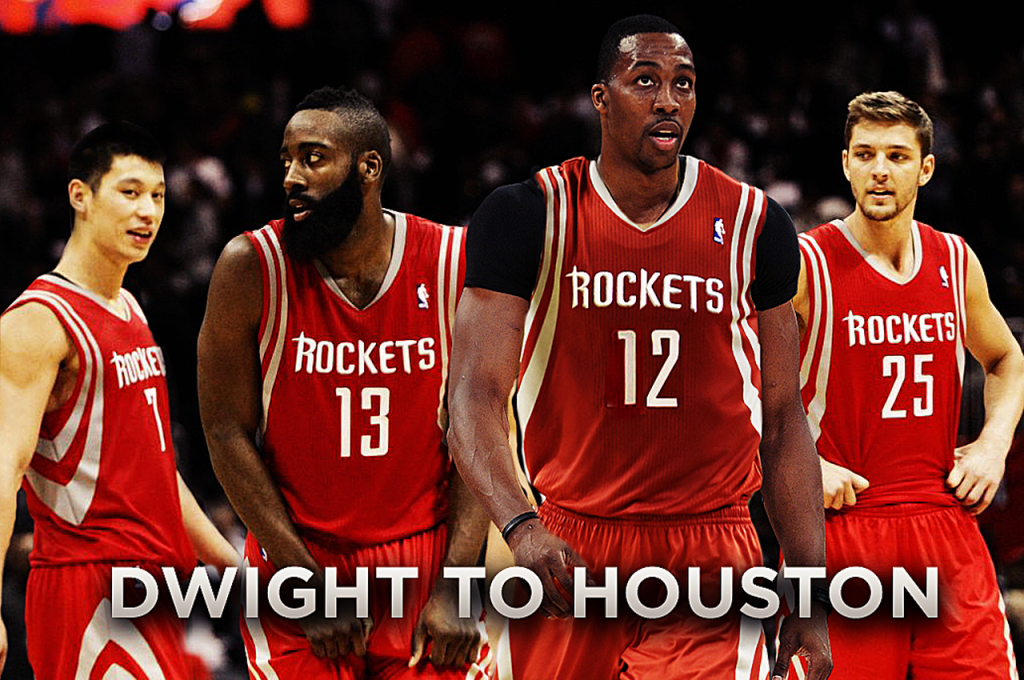 One of the loudest critiques of LeBron’s Decision painted him as weak for joining his (friend and) rival, Dwyane Wade in Miami instead of leading his team against all comers.

For a variety of reasons, Howard has been handled differently. Like Shaquille O’Neal before him, Howard seemed to outgrow Orlando; feuding with his coach before eventually forcing his way out of town. Howard went from a team he unquestionably led, to one he absolutely did not in LA. The Kobe/Dwight beef that existed on some level has been covered in great detail. It was undoubtedly part of the reason Howard chose to sign with Houston.

Howard again has his face on the marquee with the Rockets and James Harden, better than any of his teammates in Orlando, at his side. But why will this situation end any differently than it did in Orlando? It’s hard to win an NBA championship. And as Oklahoma City learned, a season can swing with one seemingly minor freak accident. Failure to at least reach the Finals will shift all the scrutiny LeBron has received onto Howard’s shoulders. LeBron quieted his critics only after three straight Finals appearances and two rings. What are the odds Howard can recreate that success? There are no moral victories for Howard after this move.

That’s why Howard’s decision is intriguing. He removed the safety net protecting him from the criticism reserved only for LeBron, Tony Romo, and Alex Rodriguez in the recent past. His teammates were never that good in Orlando, there were a million and one injuries in LA, now it’s on Howard to deliver.

What do you think? Does Howard have what it takes to lead Houston to a title in the next four years (the length of his new contract)? On a scale from 1 to Bobcats, how screwed are the Lakers this season and going forward? With most of the impactful players now signed, who do you predict to win the West next season?

See Also:  The NBA Playoffs are Back! Here are the Four Things to Wish For

I’m happy to have some NBA buzz during the offseason. Share your thoughts in the comments below!